Dogs have a knack for getting into things they aren’t supposed to, but it’s not hard to pinpoint the guilty party as they often wear that guilt right on their sleeves. When busted, they may not admit to wrongdoing, but that look on their faces says everything that needs to be said! 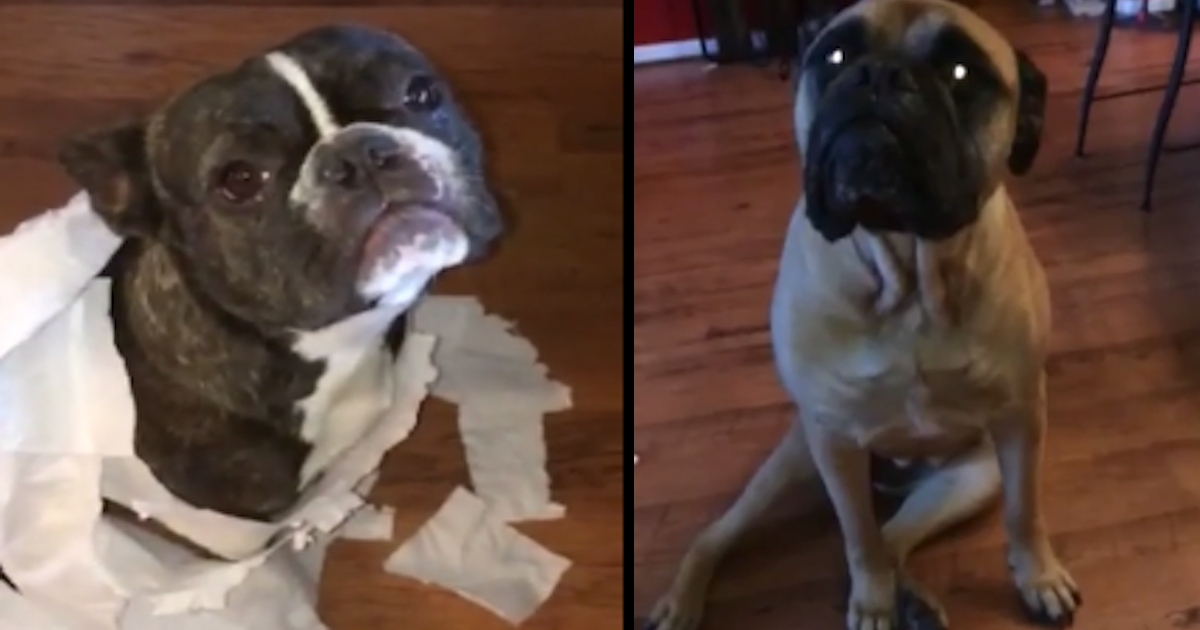 When these pet owners came home to a bunch of chewed-up toilet paper, they knew their four-legged friends were at fault. But when they asked who destroyed it, their French Bulldog had nothing to say. Luckily, their Mastiff had no problems with pointing a paw at his best friend. 😀