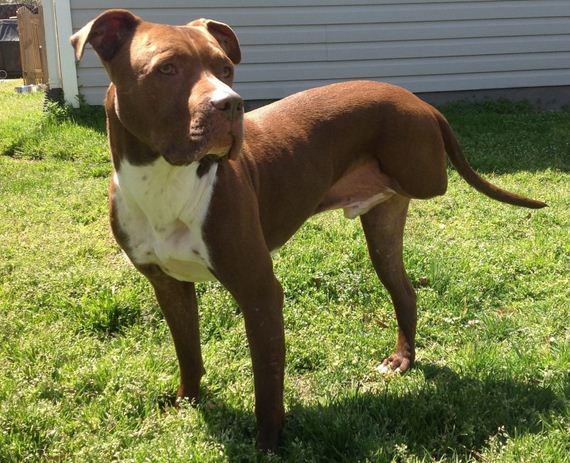 “I met ‘one of those dogs’ today.  I’d tell you his name, but he doesn’t have one.  I can, however, tell you that he has one of the most amazing spirits I have ever had the good fortune to encounter.  I can also tell you that his capacity for love and forgiveness warms my heart…and shatters it into a million pieces.”

These are the words of Amy Cranmer upon meeting Gunny at the Greenville County Animal Shelter.  Gunny was malnourished, had one leg so badly damaged it needed to be amputated, and had parts of his throat crushed.  She and the North Mecklenburg Animal Rescue were not about to let any of that get in their way. They picked Gunny up from the county shelter and took him straight to their veterinarians.  Expecting humane euthanasia to be his only escape, Amy was surprised when the veterinarians were insistent on saving him.  Gunny had, once again, stolen the hearts of people he barely knew. 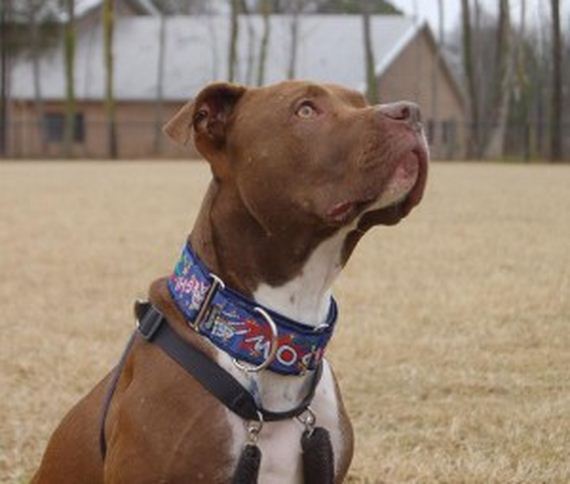 After having his leg amputated and undergoing two additional surgeries to repair his throat, Gunny spent his recovery days in Amy’s House with those who would come to be known as “The Magical Pack.”  Oscar, another rescued dog, was patient and gentle with Gunny.  Linc, a rescued cat, watched over Gunny’s crate all night, every night, while he recovered.  Millie and Tobbles, two more rescued cats, took turns licking Gunny’s face and cleaning his ears on a daily basis.

“He fit into my home in ways that shocked and amazed everyone who witnessed it,” says Amy.

Gunny went on to win the Natural Balance Pet Food World’s Most Amazing Dog contest in 2010.  His winnings were passed on to the Mecklenburg Animal Rescue to help other dogs like him.  Through this contest, Gunny met the students at his local elementary school and found that many of them could relate to his physical disabilities, his fears and his struggles. However, they also found hope in his recovery.

When Amy realized the effect that Gunny had on the kids, she wanted to help Gunny spread his good works.  In April of this year, she published “Gunny and The Magical Pack,” a children’s book geared to 2nd – 5th graders that tells the true story of Gunny’s rescue and recovery, including the exceptional roles that Oscar, Linc, Millie, and Tobbles played. 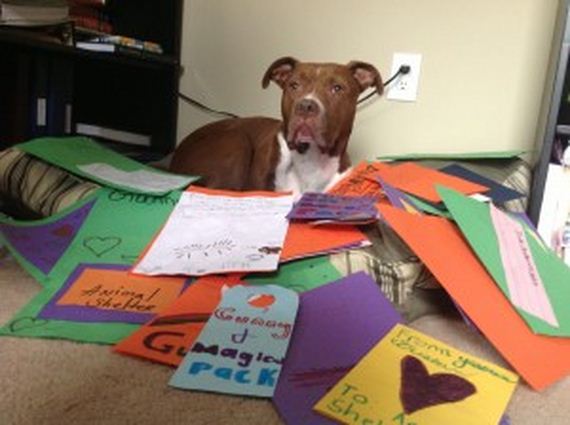 Since its publication, copies of “Gunny and The Magical Pack” have been donated to local elementary schools, libraries and community clubs in an effort to reach children and put an end to animal abuse and neglect.  Teachers have also been using the book to teach tolerance, perseverance and compassion, with Gunny often making special appearances at the schools to reinforce those lessons.

Part of the family for about 5 years now, Gunny continues to promote rescue and adoption, shine light on animal abuse, and connect with children. 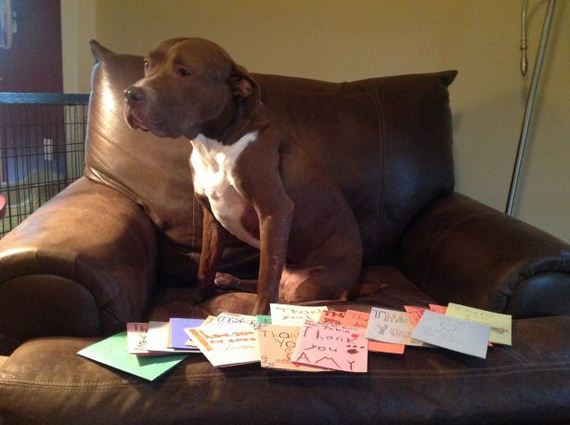 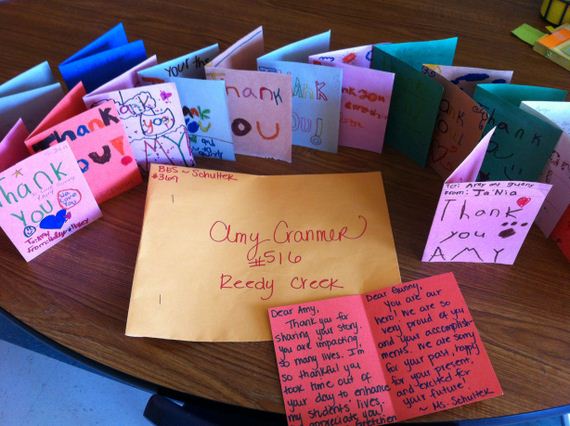