Nicholas and Cassandra have been together for less than a year, but her dog has been with her for 15 years, and Nicholas knows how important that is. So last Christmas he bought them each a very special present… 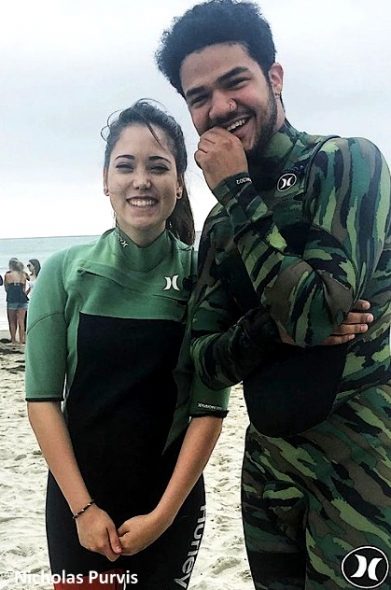 Though the couple has only been together about eight months, they’ve known each other for years, and dated for a while in high school.  So Nicholas understands that he’s not the only love in Cassandra’s life, and is more than ok with that. 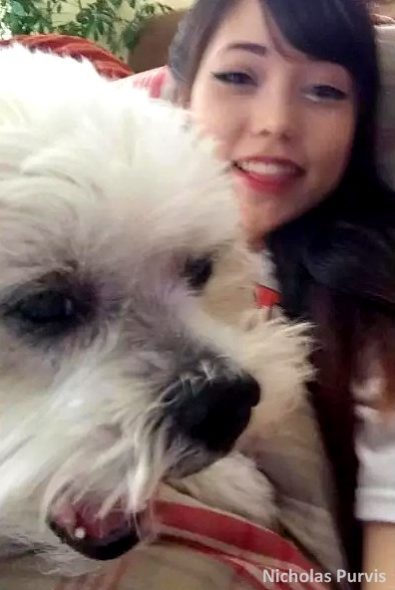 “She loves two things more than me,” he told BuzzFeed.  “Sleeping and her dog.”

That’s why he knew a blanket would be a great gift for his lady.  But not just any blanket – he had one made with a photo of Lucky on it.  What’s more, he had a smaller blanket made for Lucky that has Cassandra’s face on it. 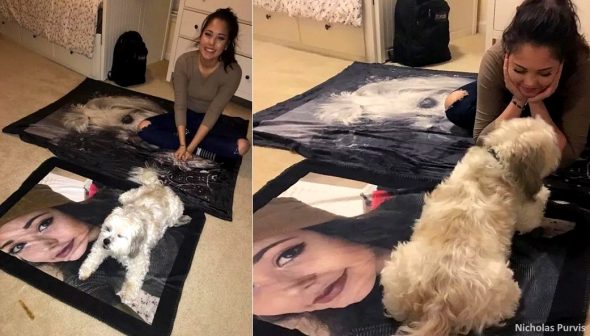 “I just thought it was funny honestly…like who has that? It didn’t have any profound meaning except to be extra,” Nicholas said.

He explained that when Cassandra opened her gift, she began “laughing really hard.” 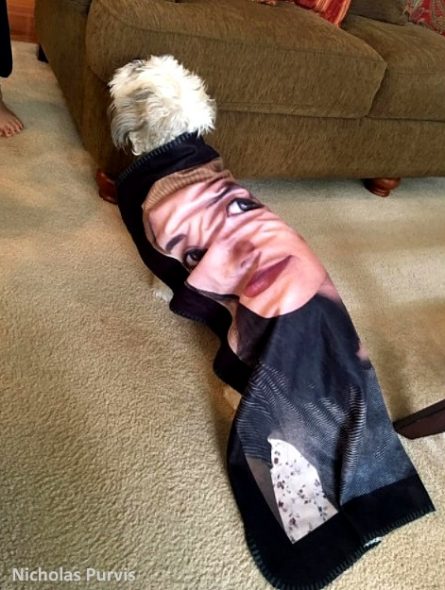 “She didn’t think I could actually get her something she would really like. A lot of people don’t get her good gifts. So she was pretty surprised.”

Though this took place nearly six months ago, he just recently posted the photo on Reddit.  It’s already all over Twitter, and others are leaving some not-so-subtle hints to their SOs that they would like the same. 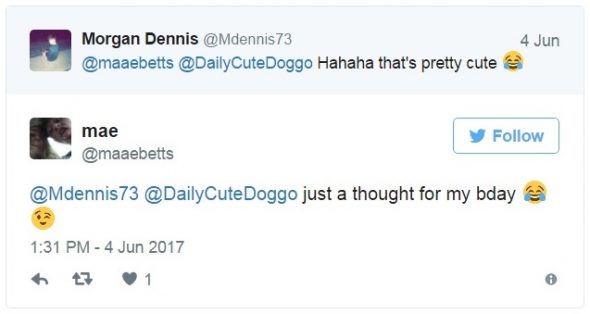 Cassandra might want to consider sleeping with Lucky’s blanket for a few days, because he would probably appreciate it more if it smelled like her.