Jared Wein was out for a run near his home in Michigan the other day when he suddenly got the strange feeling that he was being followed. For someone who is such an avid runner, he’s never had running partners quite like this! 😉 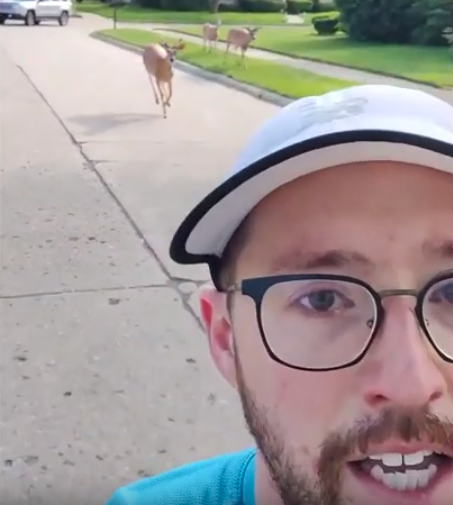 While on the run, he took a path through a local park and noticed three deer grazing on the grass. But little did he know they were about to join up with him! He realized just a bit later that the deer were following along and running behind him. They’d slow down when he slowed, and they would speed up as he ran faster! They ran together for about a half a mile before the deer decided to branch off onto a different route. How cool! 🙂