mIf you’re not a fire hydrant, dogs usually don’t pee on your back. Usually. But it happened to Heinze Sanchez, 27, in Rio de Janeiro and the poor guy got really pissed (sorry, I couldn’t help it). As if that wasn’t enough, a security camera caught everything on tape and the whole world saw it. At this point, most people would try their best to forget such a dreadful day. But not Heinze. He came back to the same place the day after, searching for the same stray that marked him yellow.

“I looked for him around the neighborhood, asking if he had an owner,” Sanchez said. “When I found the dog, I called him and he came to me, wagging his tail.” They both played together for a while. “Then decided to take him home. He came with me. He’s quite docile, stays close to me, cries when I have to leave home. He made a bit of a mess in my neighbor’s home, but he’s a good dog.”

A lot of people criticized Sanchez on the internet for trying to kick the dog seconds after the yellow incident. “I retracted the leg. It was a reaction of the moment and I had no intention of hurting him. Another puppy came and I asked him ‘Did you see what your friend did to me?’”

Heinze named his new pet Enzo. “I gave him that name because I always said that when I had a child his name would be Enzo. And now, he’s with me, fed and clean.” I guess strays have more unconditional ways to get adopted if they’re not ready to crash a wedding!

The video went viral and many criticized Heinze for intended brutal behavior. But the story didn’t end there 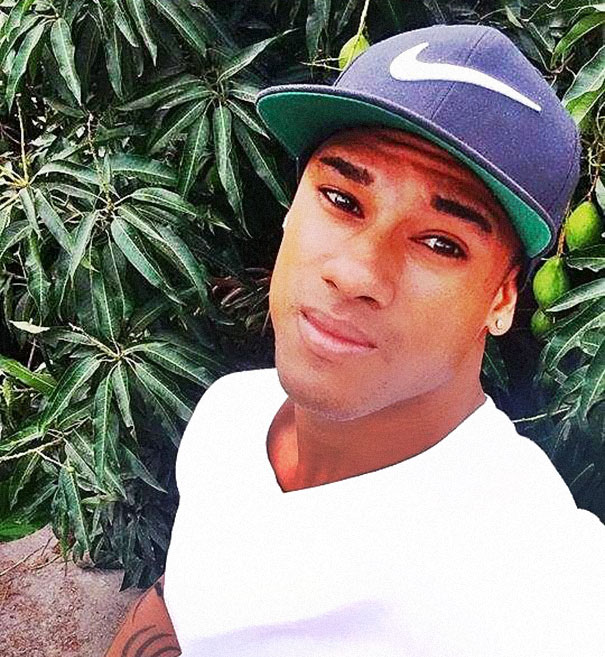 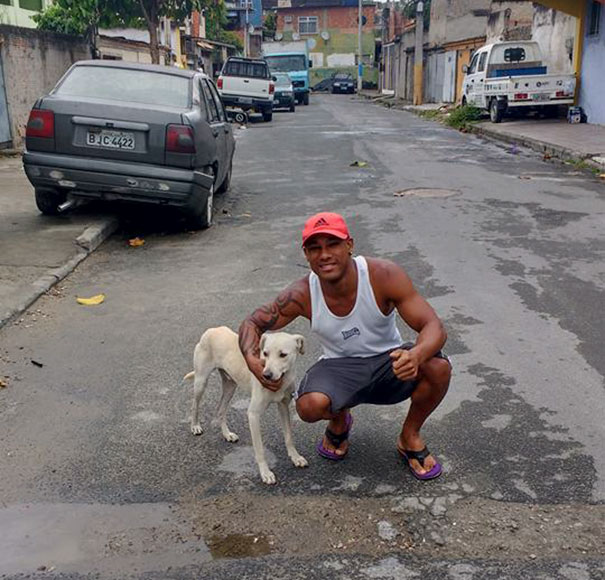 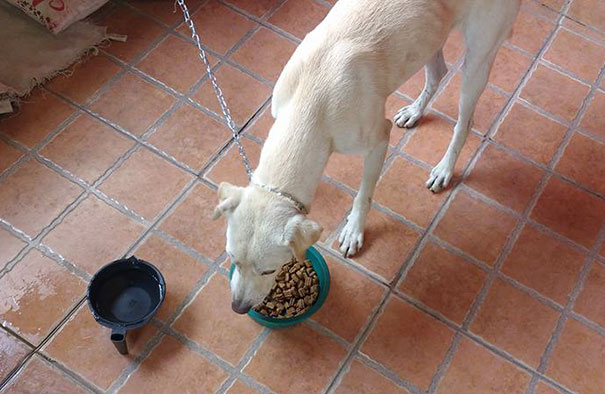 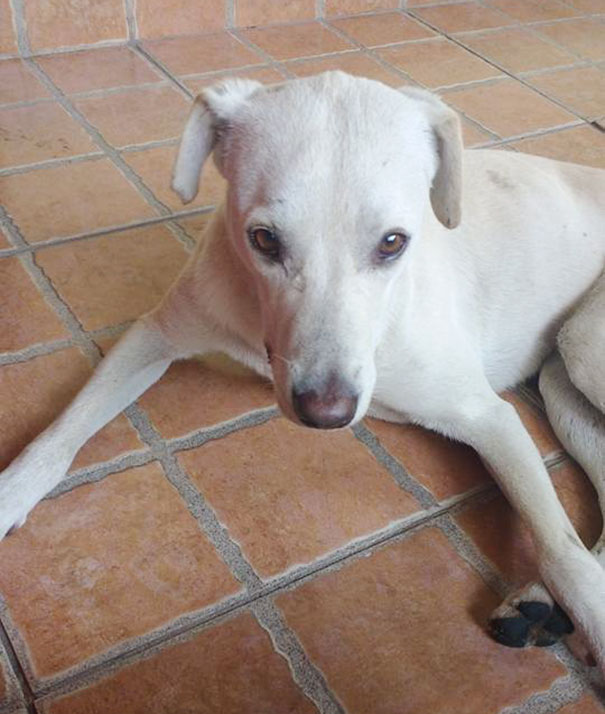 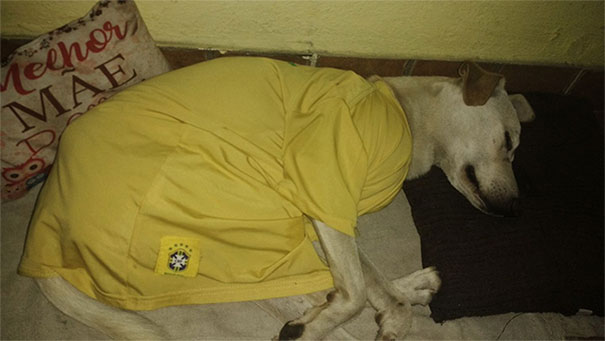 Be sure to check out the full video here