The city of Bali is full of stray dogs. Many shelters and clinics try to help them and save as many as possible, but they are often overwhelmed. That’s why it’s so important for people to do something as well, like not ignoring wounded animals on the streets and helping them out, if they can, of course.

That’s exactly what this good Samaritan named Aaron did. He saw a wounded, sad and lonely dog on the side of the road and didn’t just drive by. Thanks to Aaron’s kindness and compassion, Homer gets to live a full and happy life in his new forever home. Homer learned to trust and love again, beat cancer, and is now a fluffy, happy pooch.

Aaron saw this dog lost, wounded and scared at the side of the road in Bali 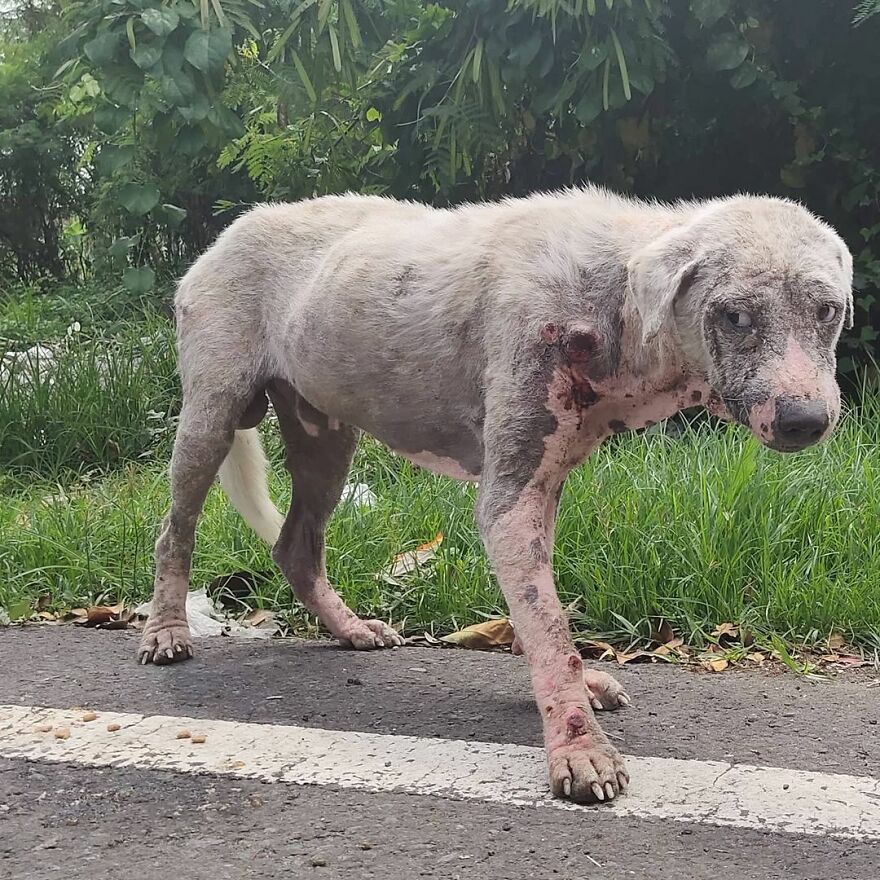 “Nobody stopped for him. I’m so sorry to bring this story. I don’t like to have to post it as it breaks my heart, but it is the reality here in Bali… If you are squeamish, don’t read on, but I promise this will end as well as it can.” 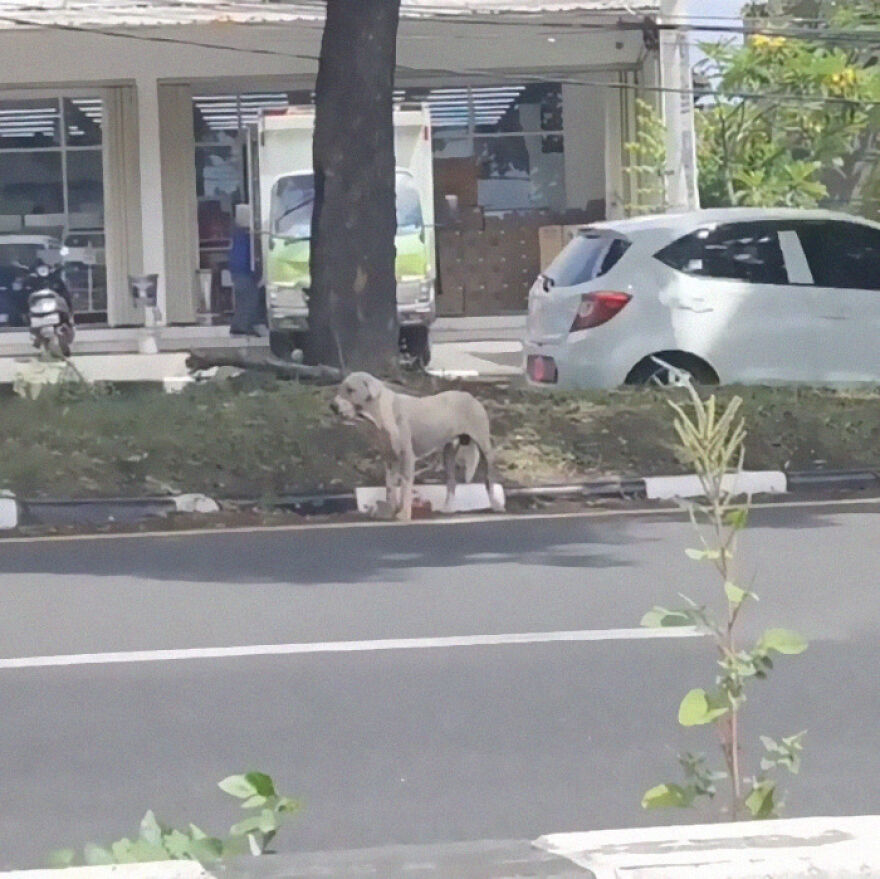 “Driving on the bypass I saw this dog stuck in the central reserve, just sat there. I stopped, desperately worried he’d get hit by a car if I didn’t help. I enlisted the help of some local lads from a tire shop and we managed to spook the dog back onto one side of the road.” 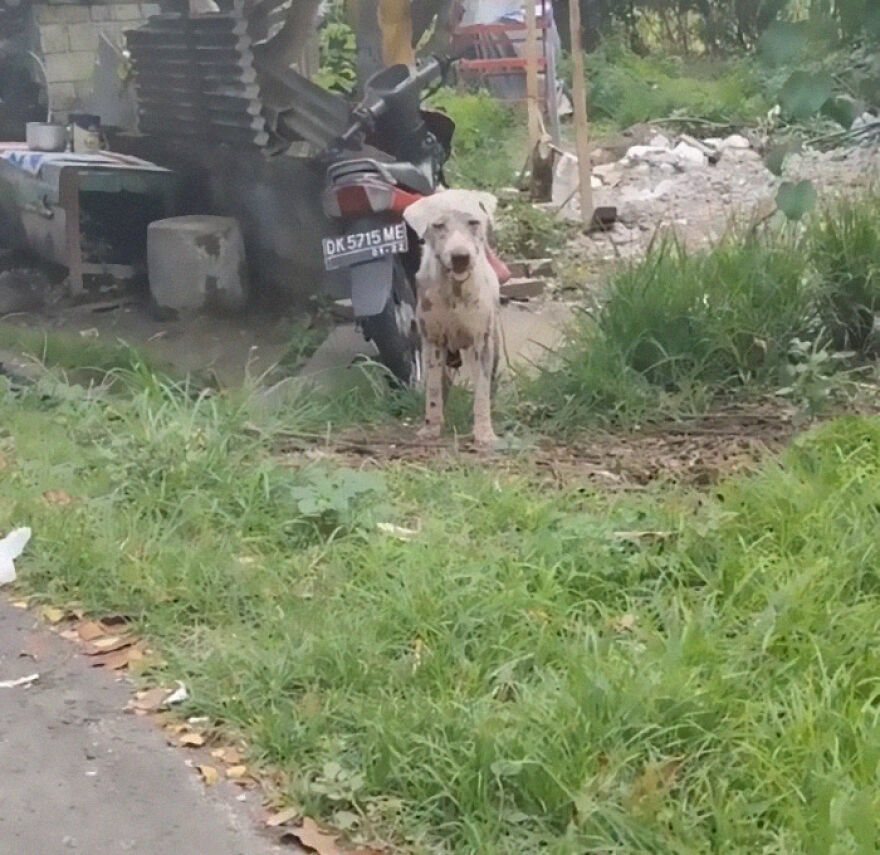 “He was hungry and dehydrated and obviously in huge amounts of pain. I thought he initially had a skin problem only, but when I got close I saw all of these tumors, which looked like they’d all popped. The poor boy must be in so much agony. It breaks my heart to know he was allowed to get like this and thousands of humans probably saw him before I did.”

At first he didn’t approach, but eventually hunger got the best of him and he ate the food Aaron gave him 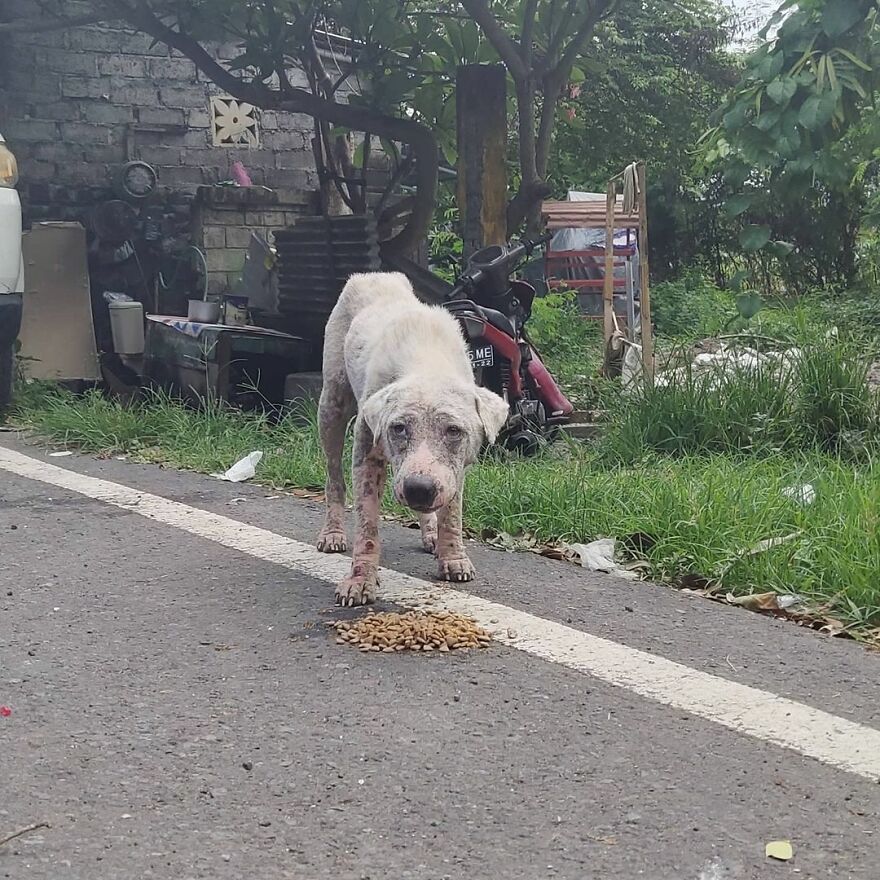 “I tried coaxing him towards me with food to no avail initially. All I wanted was to grab him but he was so scared of humans. He didn’t show any aggression at all and eventually, his belly got the better of him and he came close to me.”

Aaron could not catch the dog, so he asked a shelter to help him out and they did 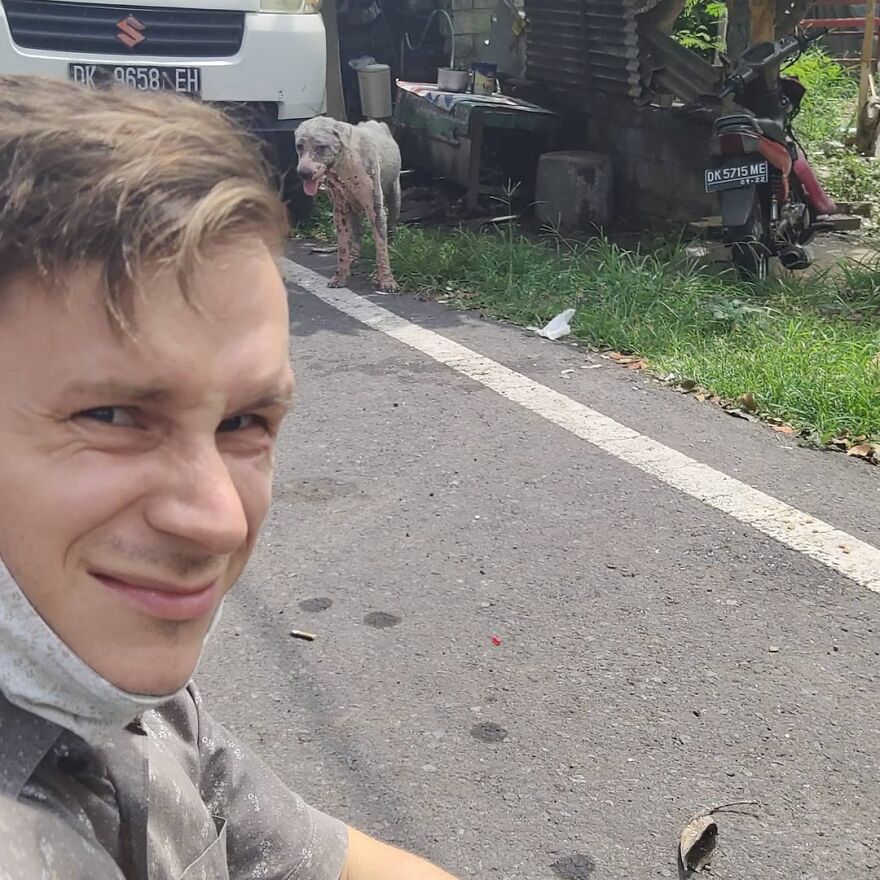 “But I couldn’t grab him. He was just so scared of humans. Scared that if he got close to me it’d probably hurt him. Of course, I only wanted to help him, so was stuck at a crossroads for what to do. I couldn’t leave him there. I reached out to @bawabali_official to ask if they could help capture him and they kindly agreed to help.”

Homer wasn’t aggressive at all, he just didn’t trust humans 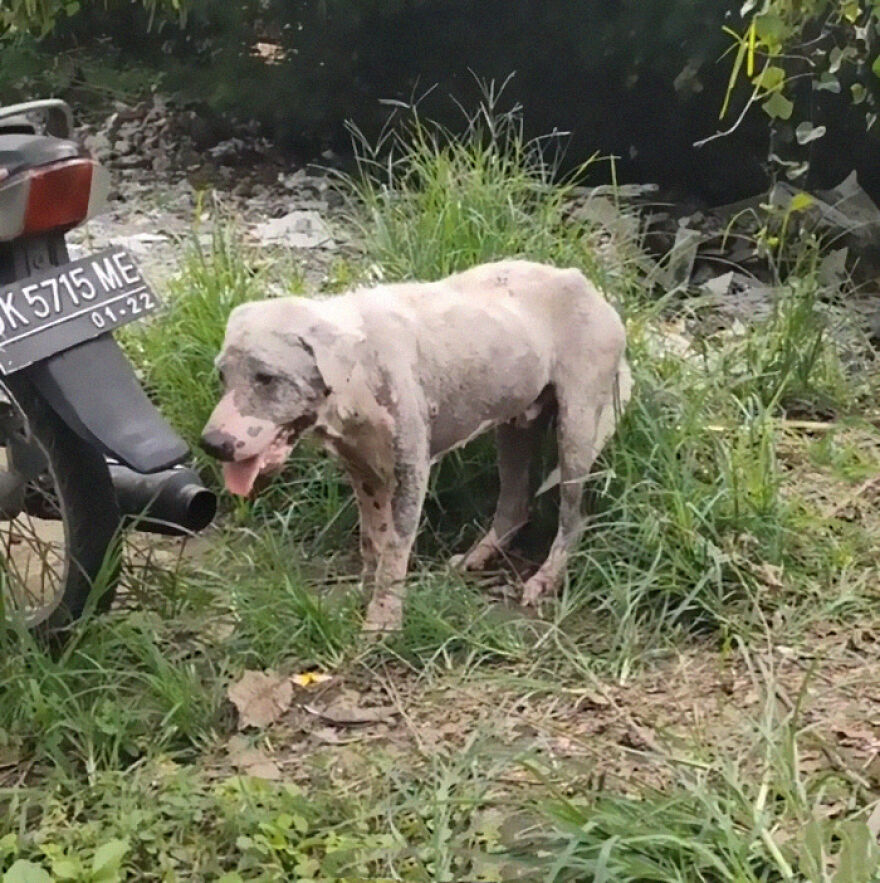 Eventually, the dog (now named Homer) was safe and sound at the clinic. Aaron paid all of his vet bills 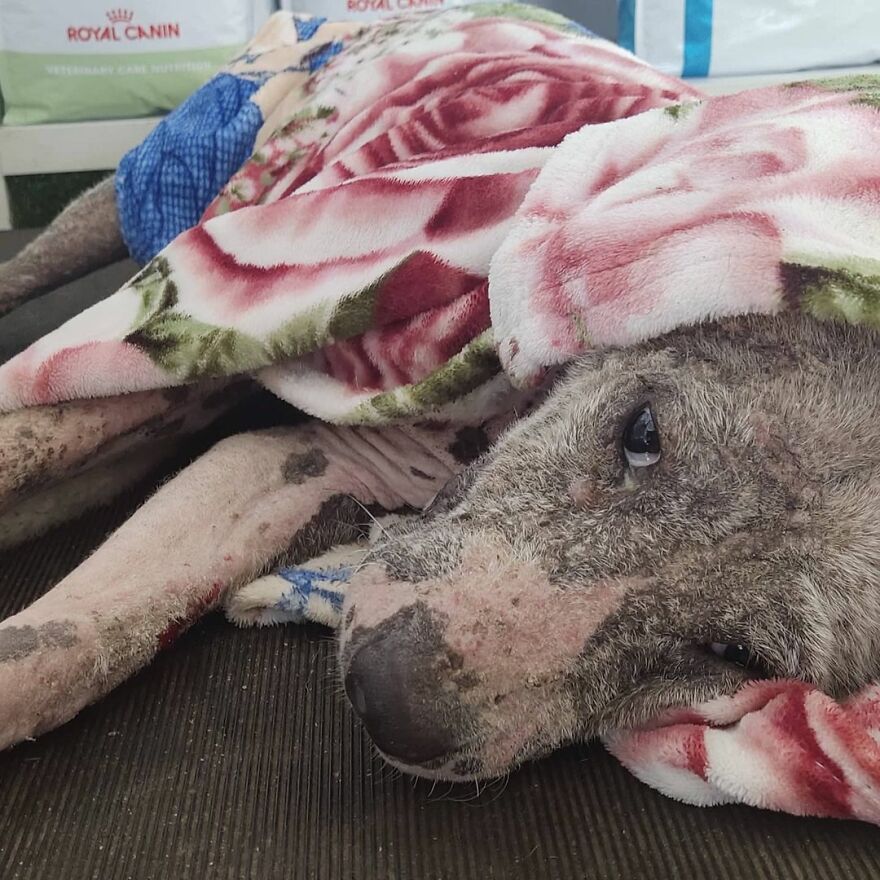 “Thankfully, they got him! I am so grateful for BAWA, as there’s no way I could have caught him on my own. The dog, who I’ve named Homer, is now at the vet receiving treatment under my account. He’s under the expert care of @sunsetvet_ubud and the best place he can possibly be right now.” 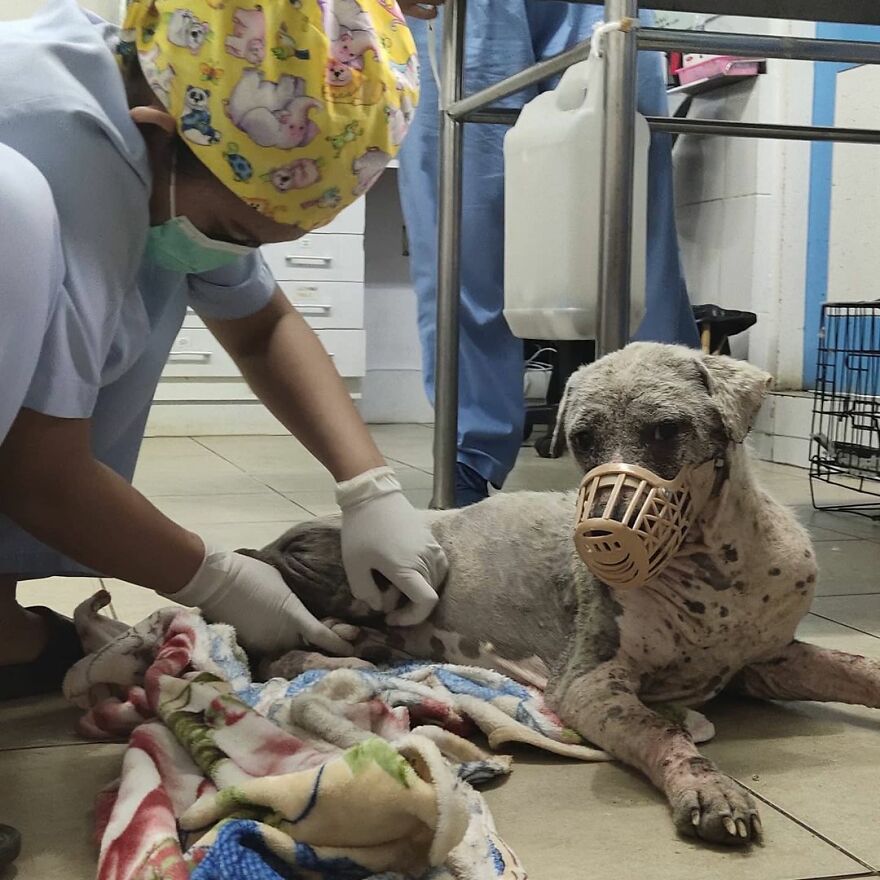 The vets figured out that Homer had cancer and needed chemotherapy. Aaron and everyone involved were very scared for his life 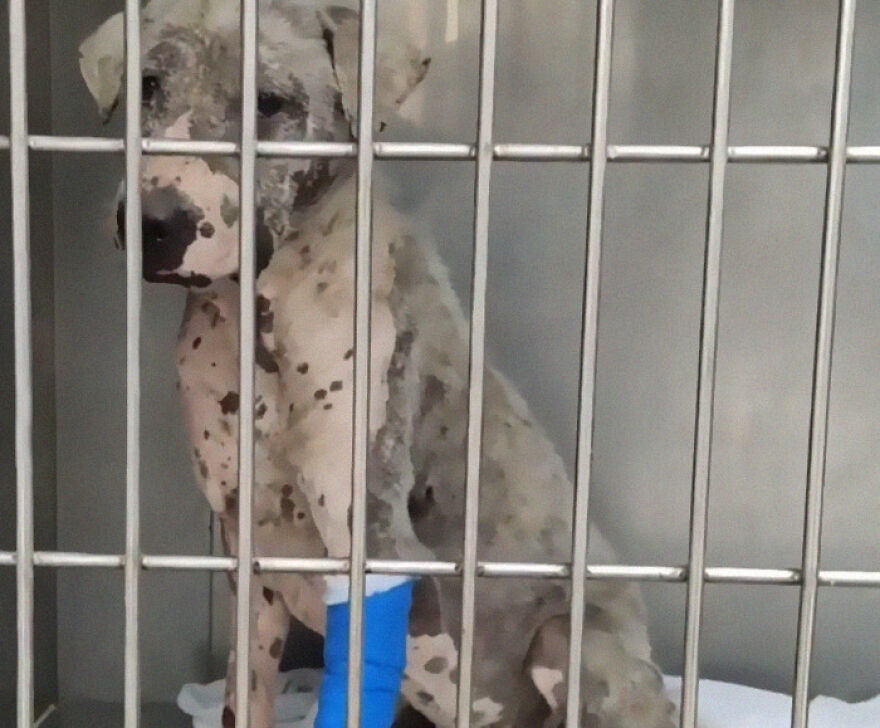 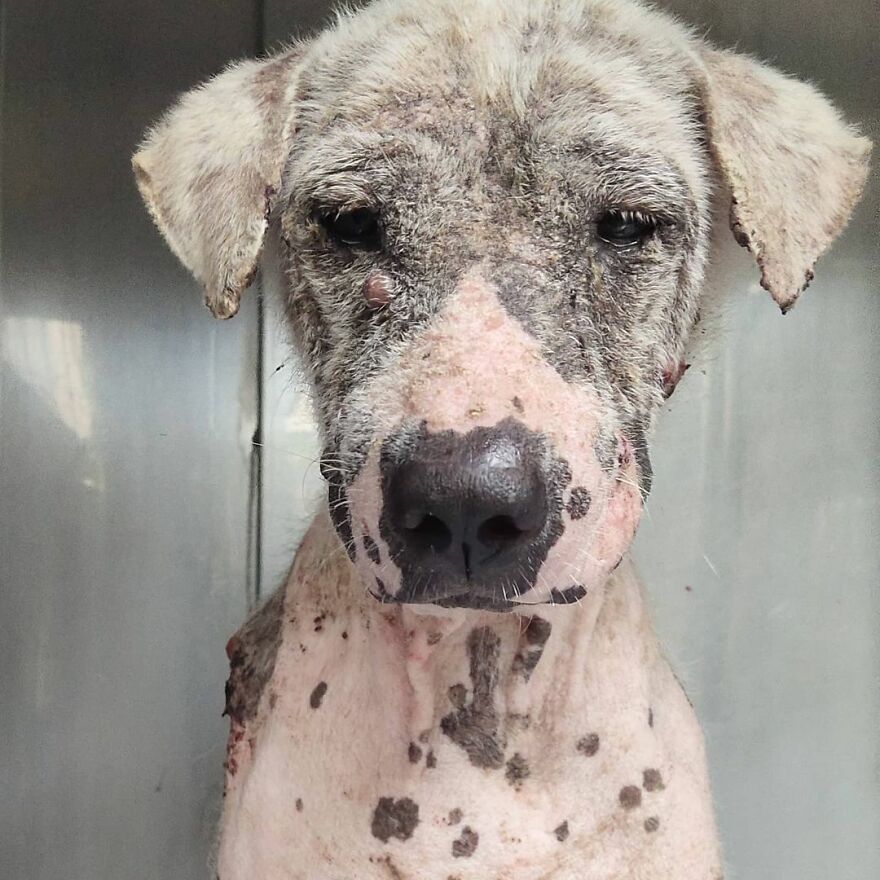 Aaron didn’t want to invade Homer’s personal space, so he would spend hours a day sitting by his cage, trying to show Homer that humans can be kind 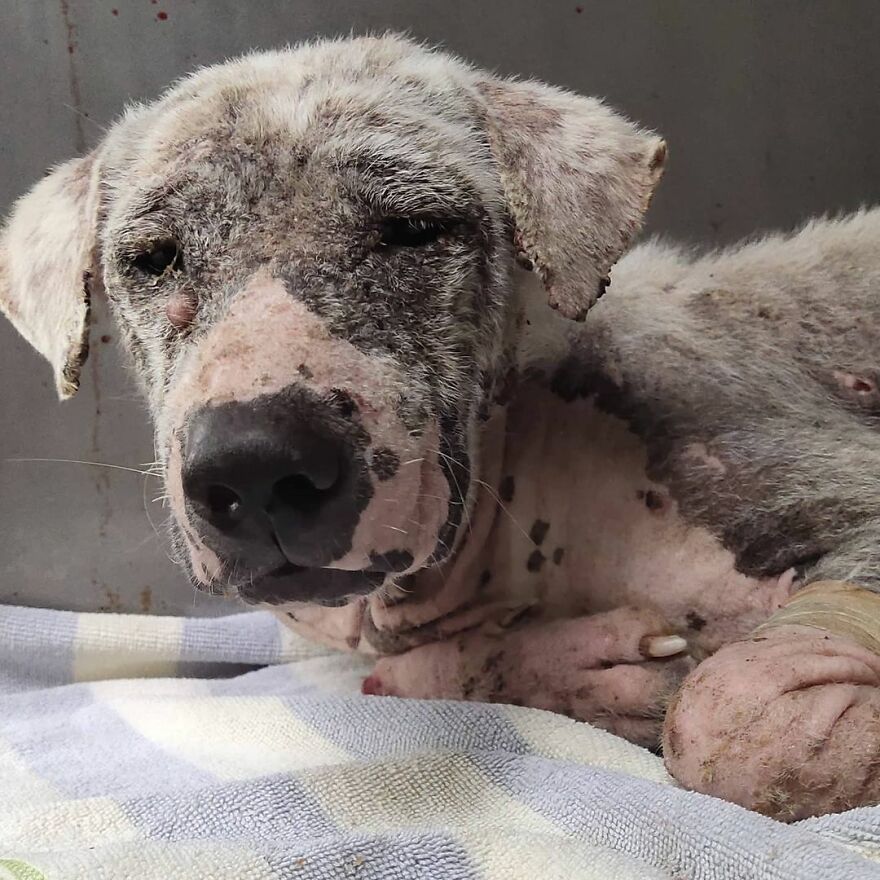 After a couple of days, Homer finally let Aaron get closer and they both sat together in the cage 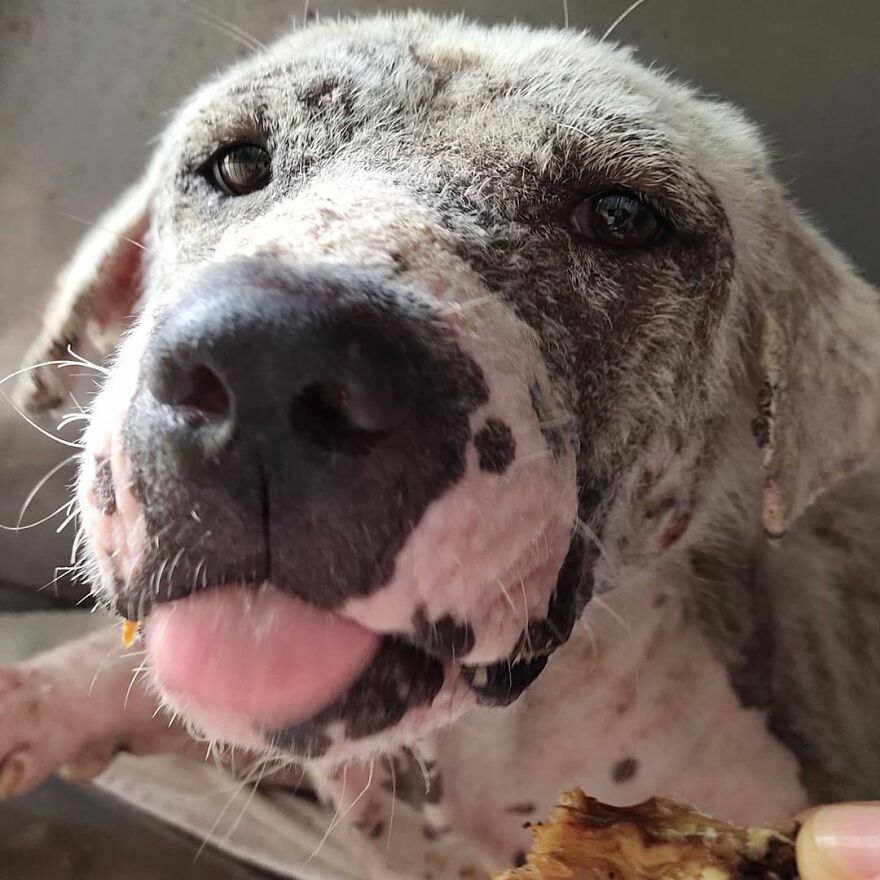 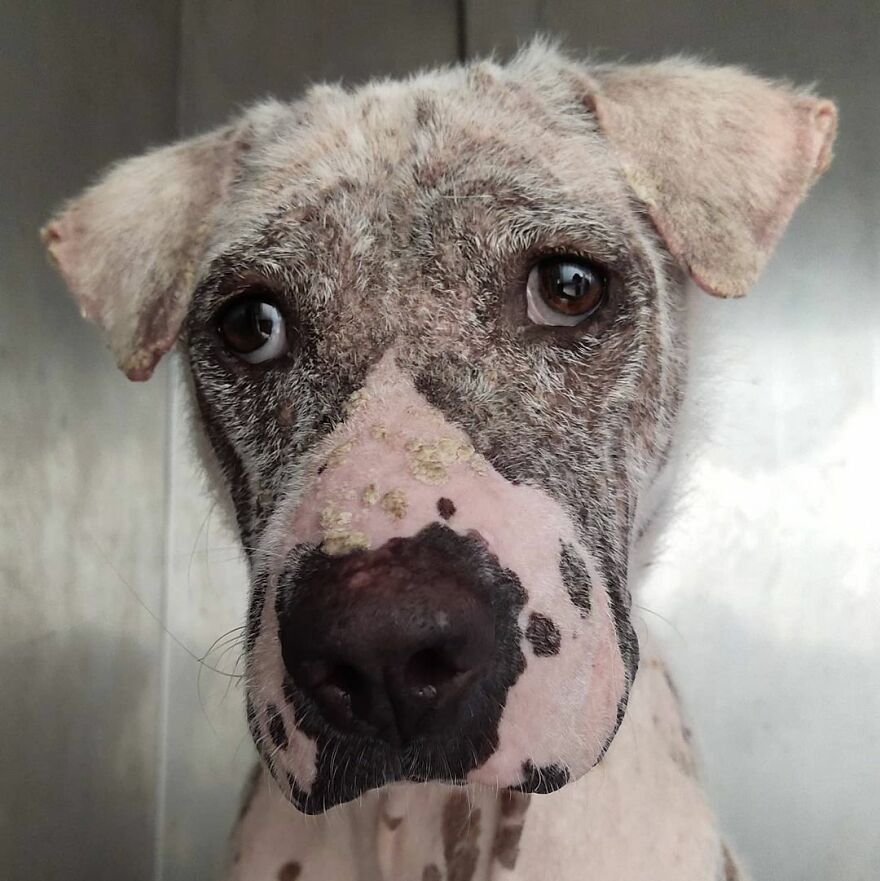 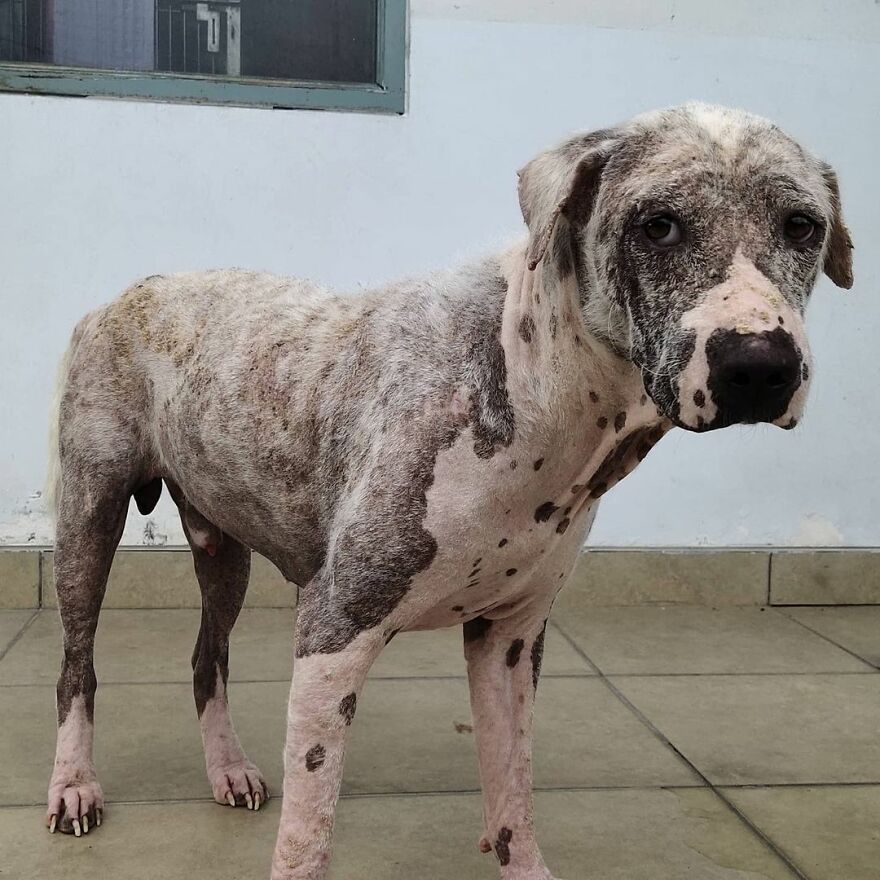 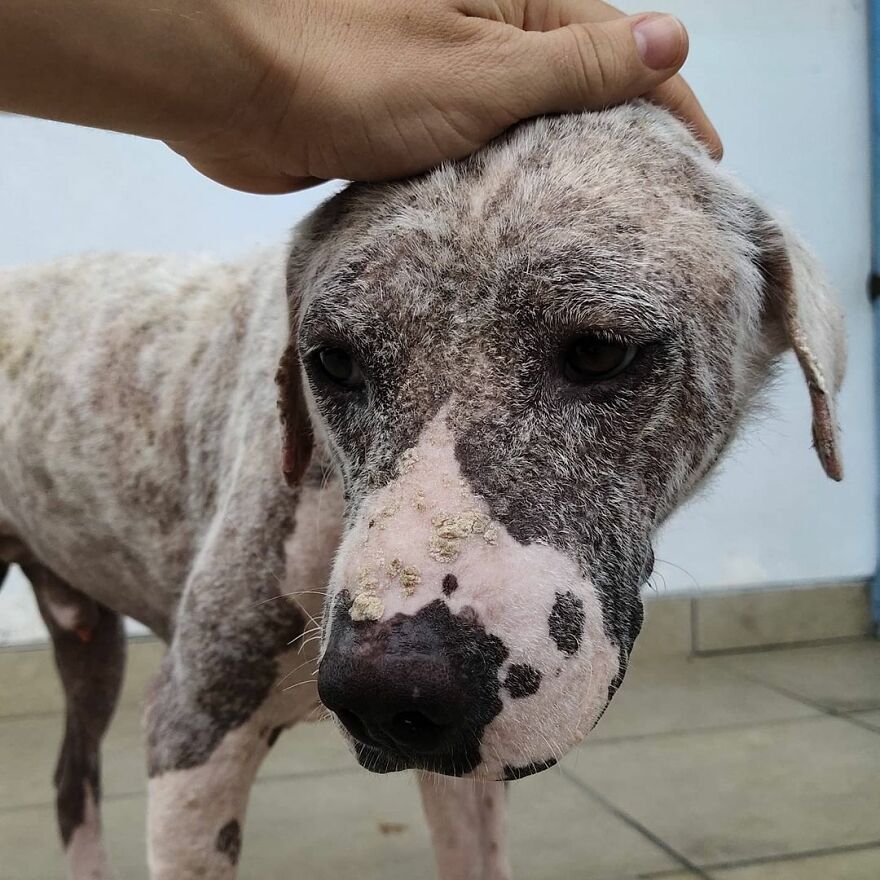 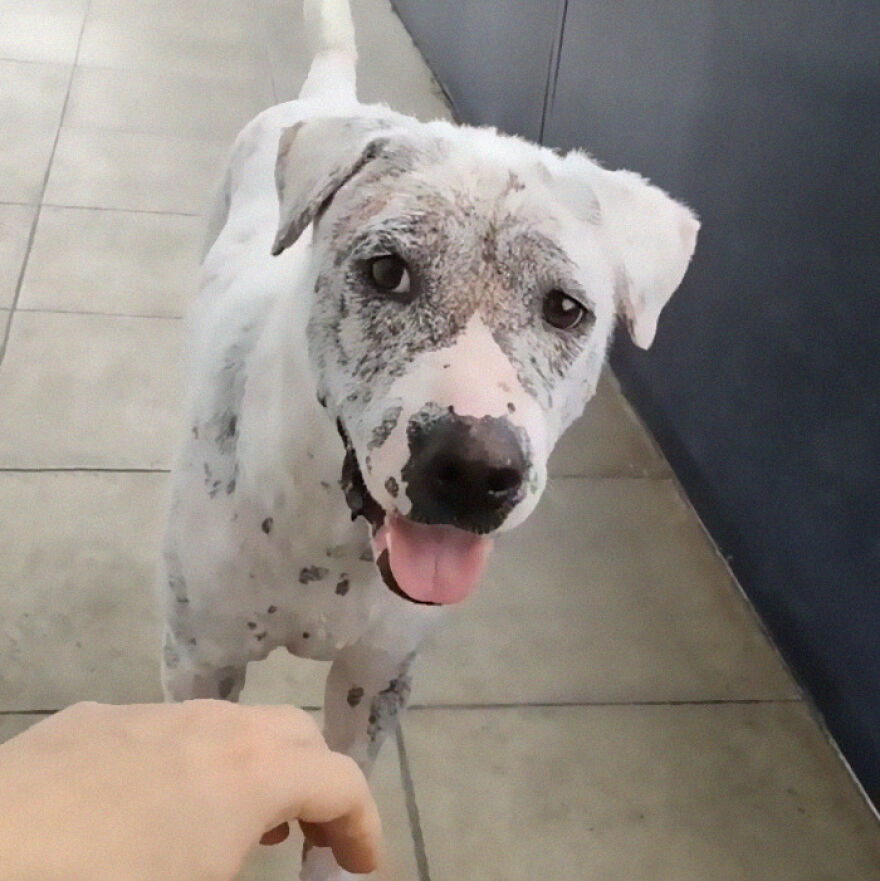 Soon Homer proved that he was just a big, gentle giant with the sweetest and snuggliest personality. He started wagging his tail and playing a bit 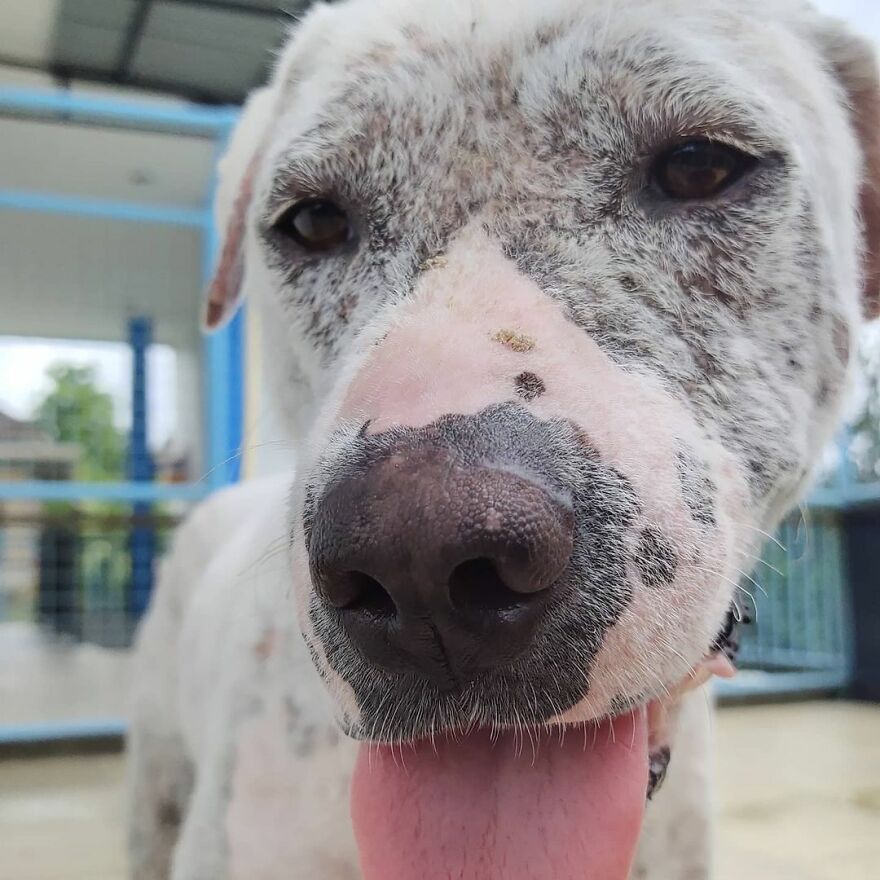 After three months, the cancer was gone and Homer started to grow all of his fluffy white fur back 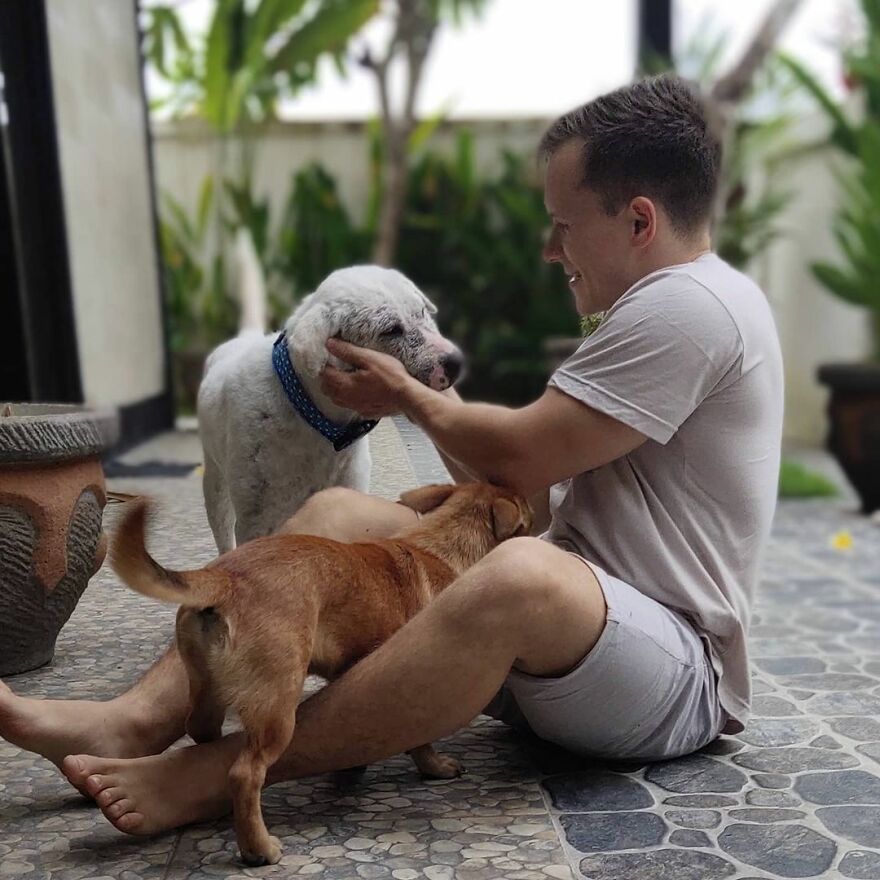 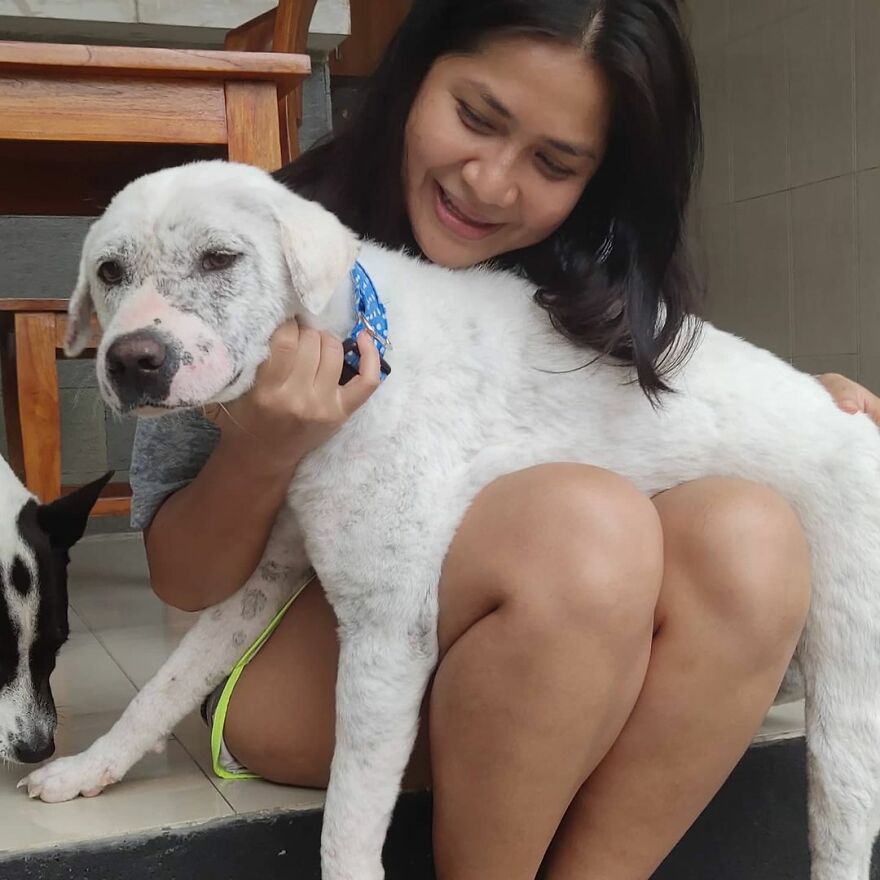 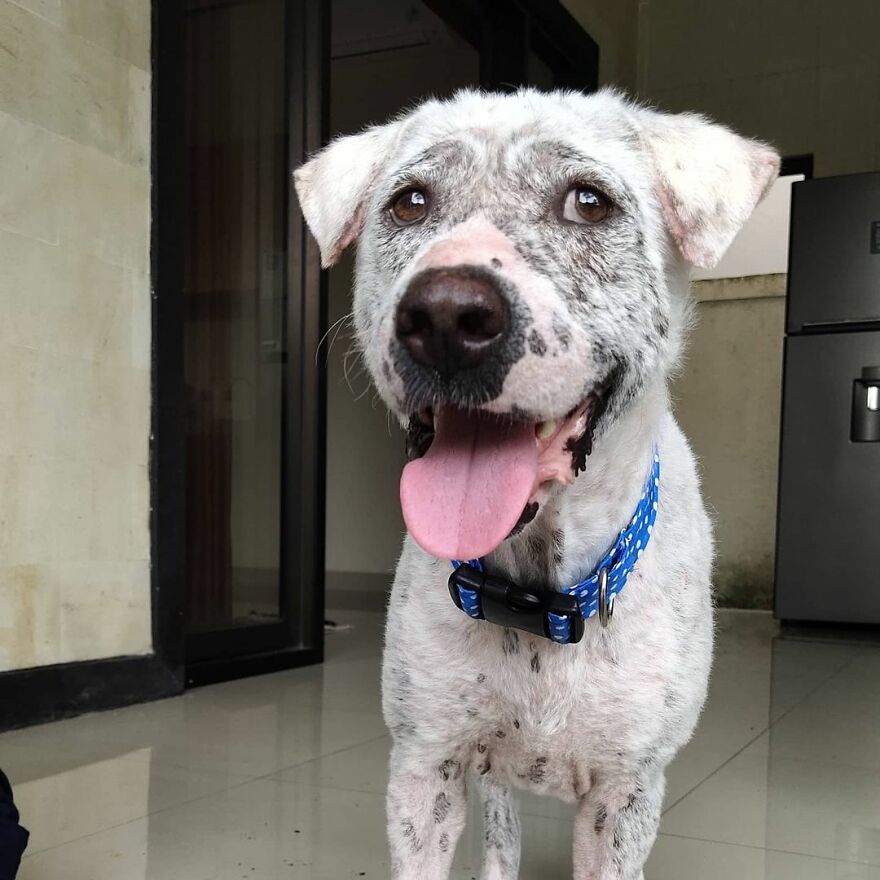 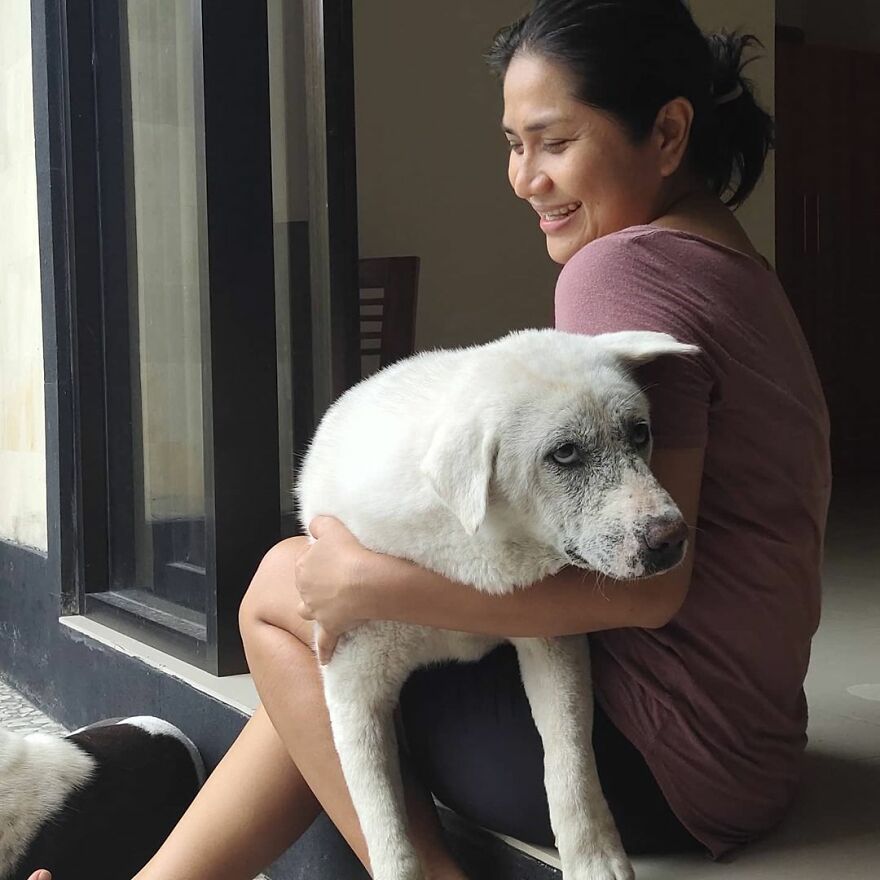 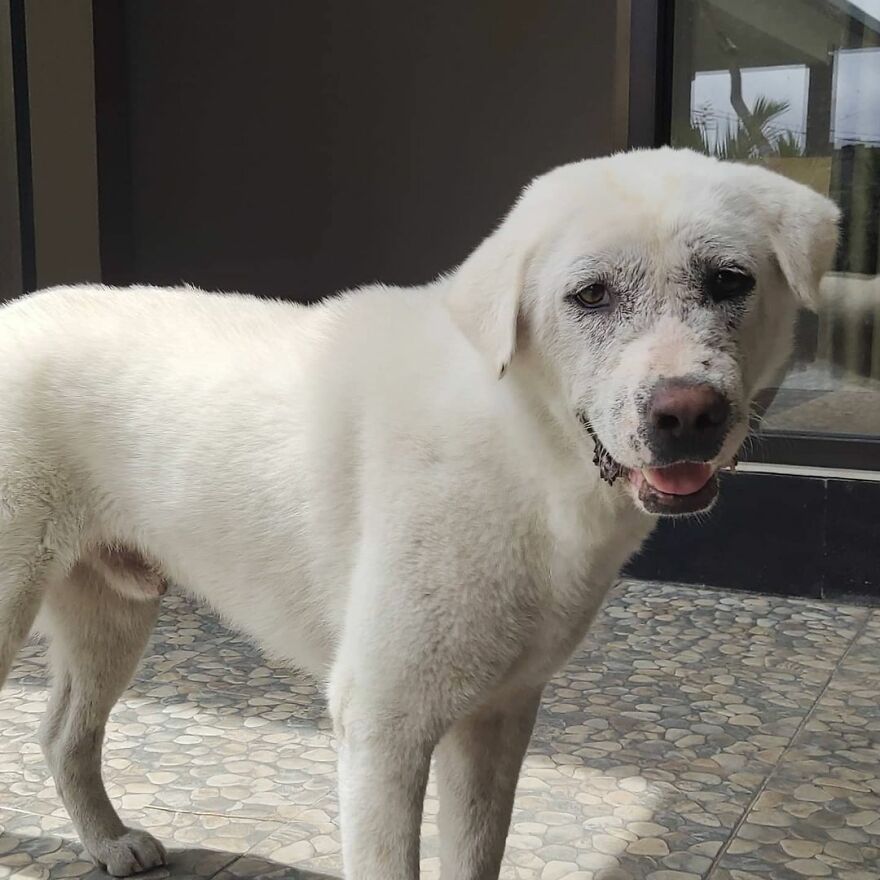 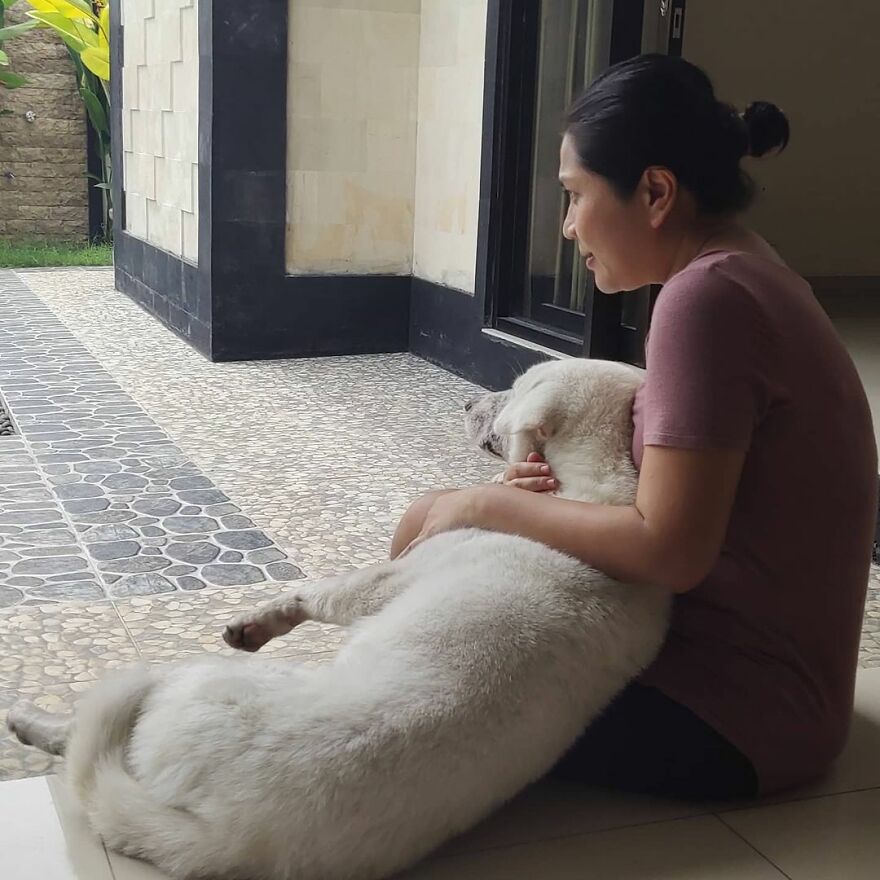 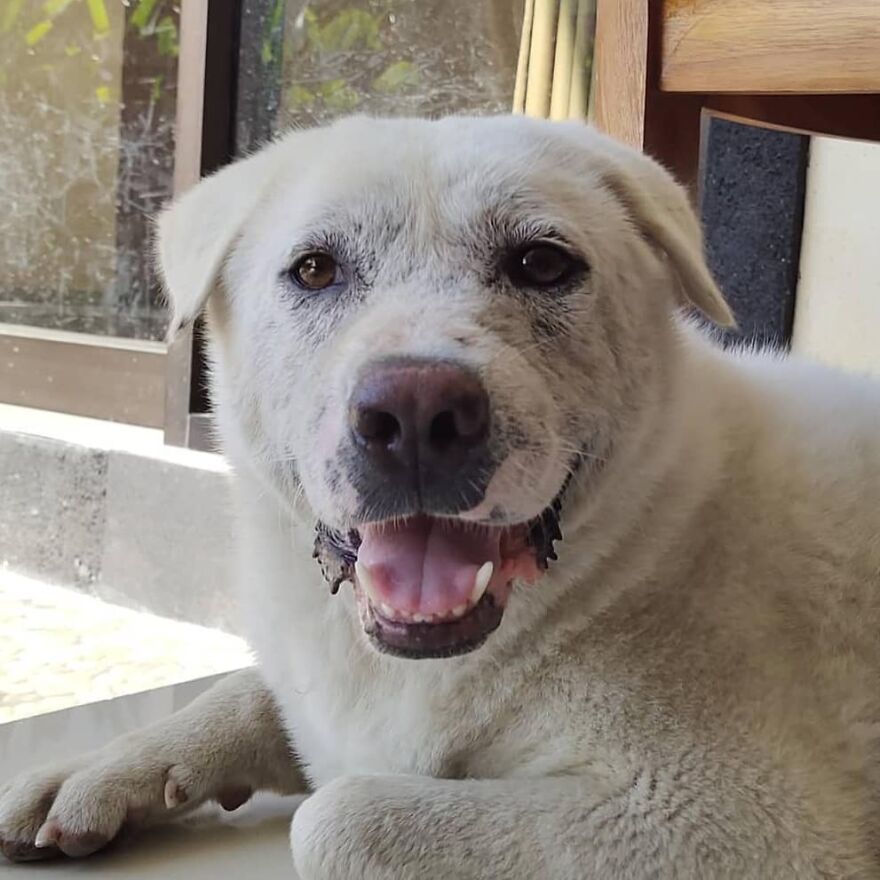 Homer is now a completely happy, fluffy and amazing pooch with great adventures ahead of him 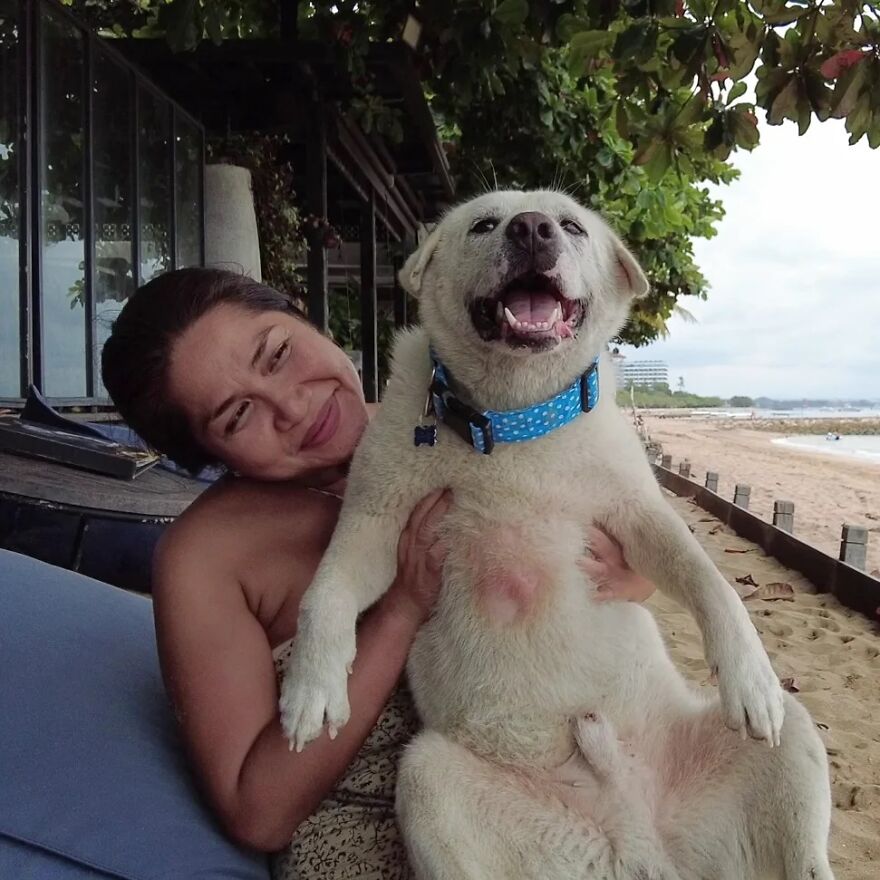