During the first week of March, animal rescuers discovered 295 dogs living in deplorable conditions in an Arkansas puppy mill. Among the hundreds of dogs living in filth and with no access to medical care was Daniel, a black colored puppy unable to move his front legs. To move around, the puppy dragged himself across the dirty, muddy floor. 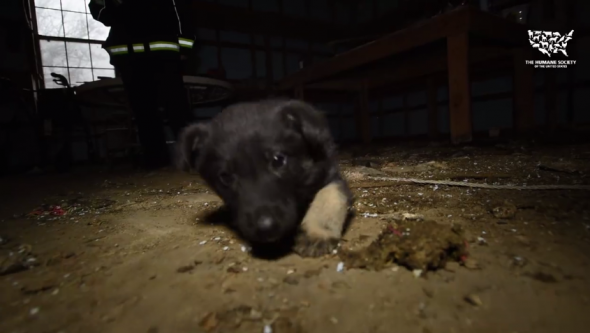 Whatever was wrong with Daniel was anyone’s guess, but if rescuers from The Humane Society of the United States had not gone in to the dog farm from hell, Daniel would had probably died a slow painful death or would have been killed by his backyard breeders for being “defective.”

Luckily, the puppy and his friends were rescued and for the first time in their lives all 295 neglected dogs felt the loving hand of a caring human. 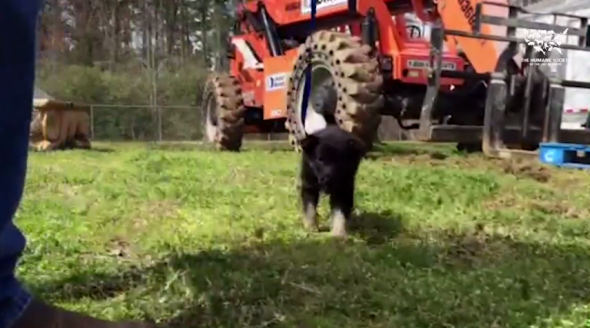 Daniel’s inability to walk was cured just two days after being under the care of professionals. All he needed was love and proper nutrition. Volunteers took their time to rehabilitate the dog by simply encouraging him to put pressure on his front legs.