Many kids spend their childhood wishing they could live with tons of animals. Pets are cute and sweet and playful, but unfortunately for kids lots of adults realize that pets are quite a handful.

Most adults are aware that having pets comes with a huge amount of responsibility, which means there are many reasons not to have pets.

One man, though, knew that his life would be devoted to animals, and he would take on as much responsibility as he could to help animals in need.

Ever since he was a child, Lee Asher knew he wanted to have pets when he grew up.

Lee spent a lot of time volunteering at animal shelters in his youth, and as he got older, he started fostering shelter pets. 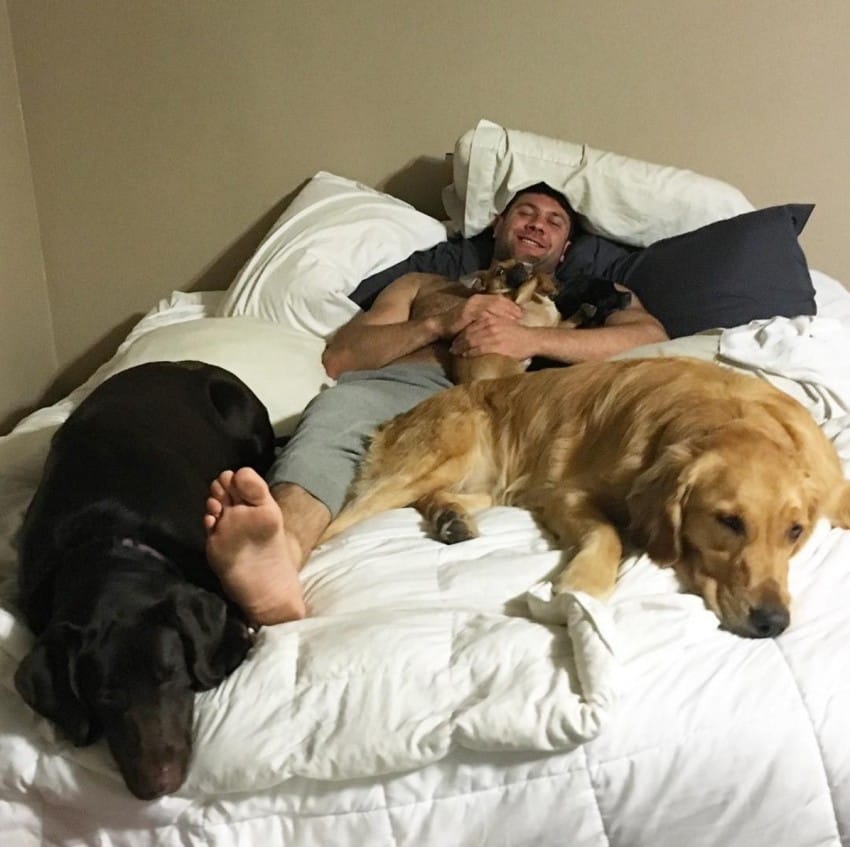 Lee Asher has always loved animals, but I doubt he ever imagined he’d end up having 9 rescue pets.

That’s exactly what happened, though, and now he shares his home with his 9 loving animals. 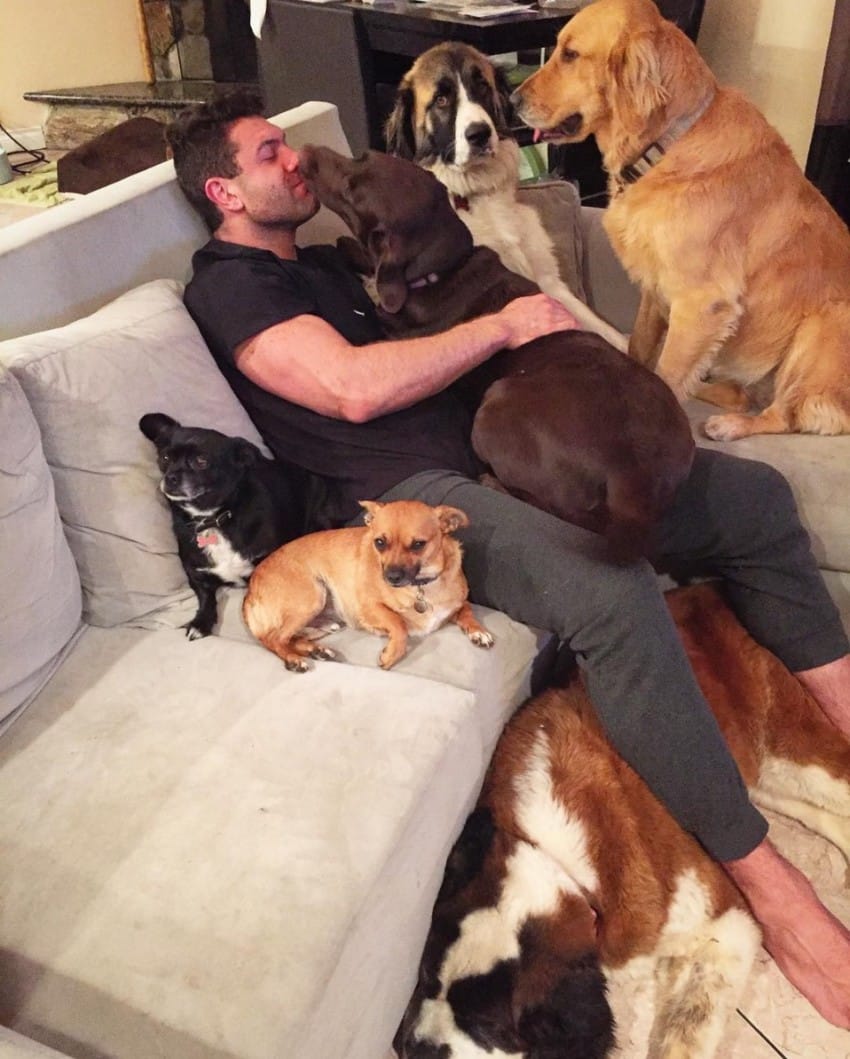 Every time Lee came across a pet in serious need, he couldn’t help himself — he had to take care of them.

Many of the dogs he adopted were in bad shape when he found them. One of them was in such terrible condition that Lee couldn’t even adopt her for three weeks.

He visited her every few days to check on her — waiting until she was finally healthy enough to go home. 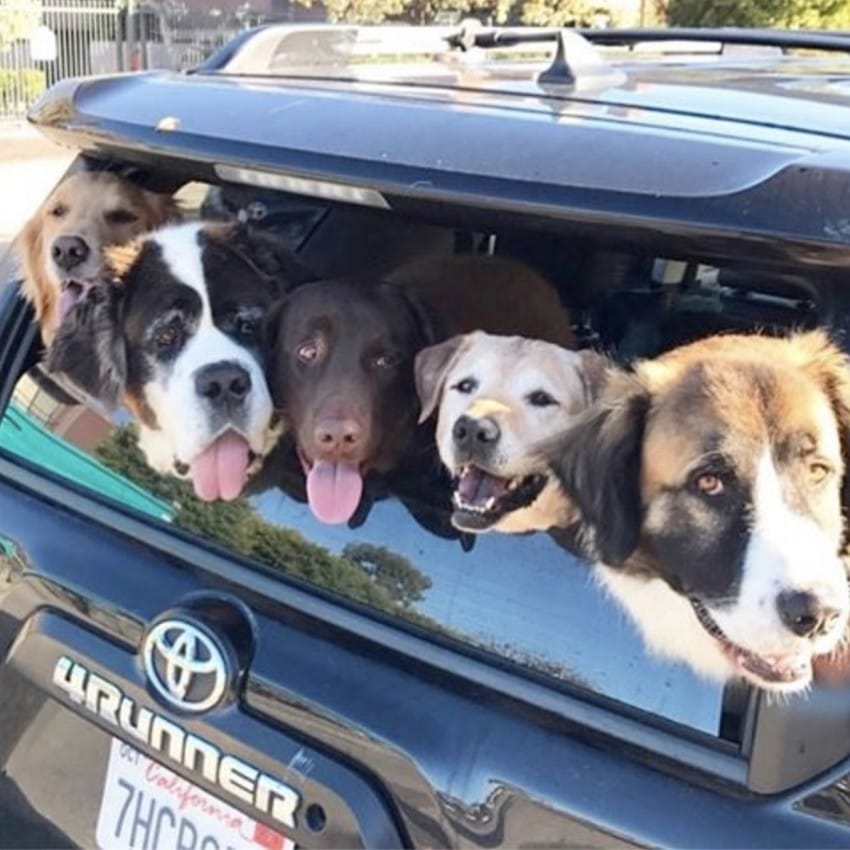 According to The Dodo, Lee doesn’t generally go out in search of animals to adopt — they kind of just find him.

The dogs he’s ended up adopting have come from all over the country, so Lee has a very diverse group of animals in his home. 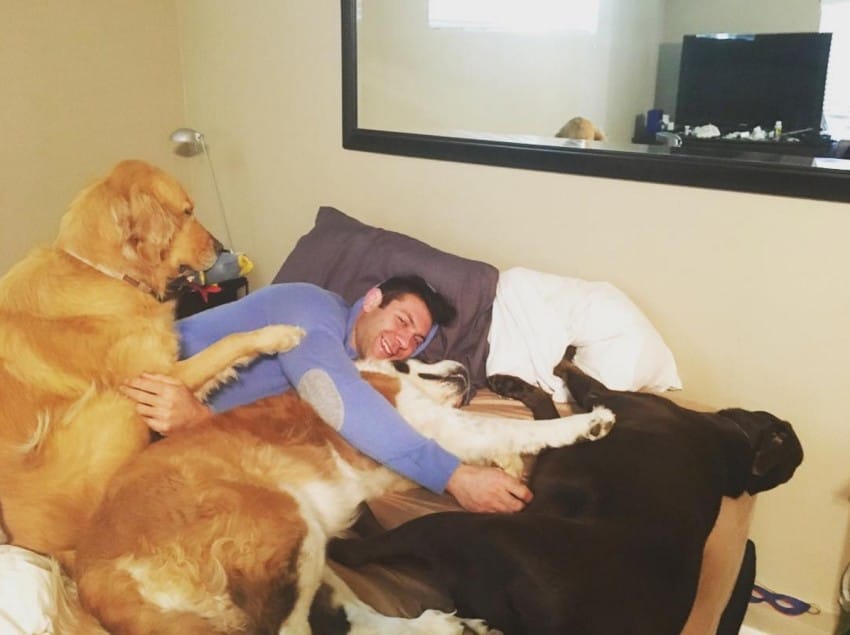 In total, Lee has rescued 16 animals. Today, he has two cats and seven dogs who live with him.

The cats are named Whiskey and Goose, and the dogs are named Haven, Yaffa, Butters, Cali, Molly, Bo Bo, and Lillie.

The Dodo explains that many of his pets are “foster fails,” which means that he was planning on just fostering them, but fell so in love that he decided to keep them. 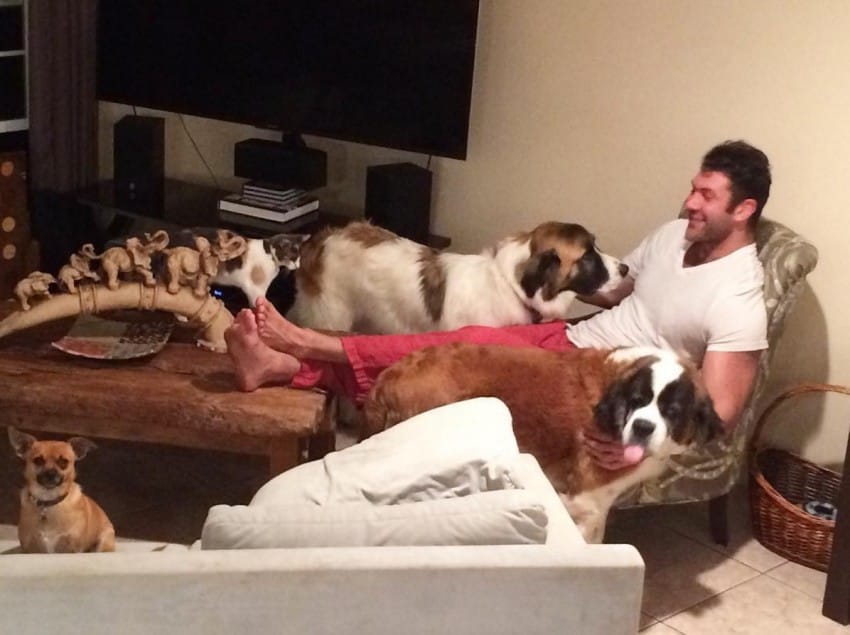 Not only are the pets diverse in where they come from, they’re also a range of different ages, breeds, sizes, and personalities.

Lee loves spending his time playing with his cats and dogs, and he can’t imagine what his life would be like without them.

While they’re definitely a handful, Lee loves every single one of his pets unconditionally. 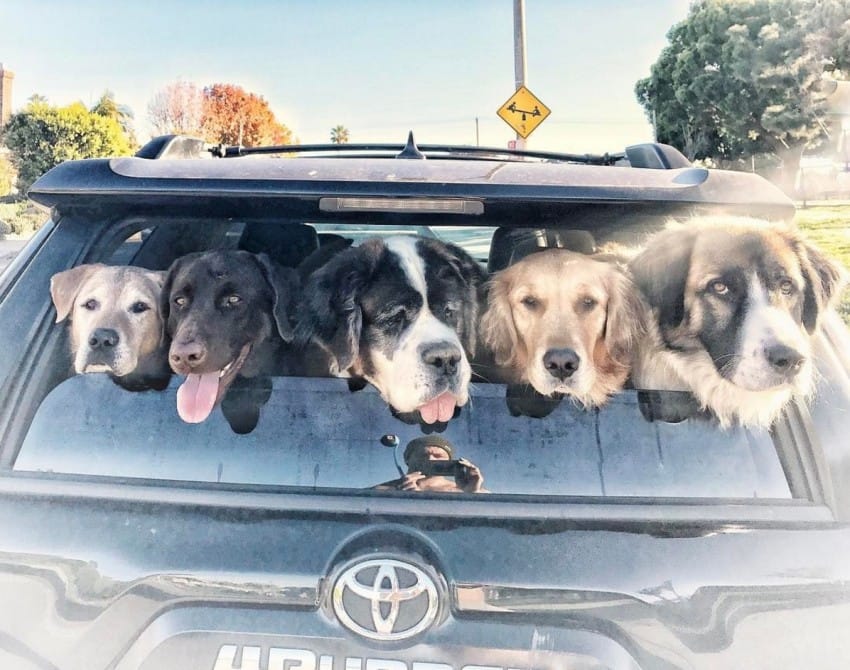 Nine dogs might be too many for some people, but Lee wouldn’t have it any other way — he’s just so passionate about fostering and rescuing pets in need.

Do you have any rescue pets? Let us know in the comments below!