It’s been a rough few weeks for the pets of the Gulf Coast, and sadly, the hits keep coming.

Hurricanes have paraded through the Atlantic, destroying homes and displacing people and animals alike. Families are still struggling to reunite with their pets, and volunteers have come together from all over the country to care for animals while they’re waiting to go home. 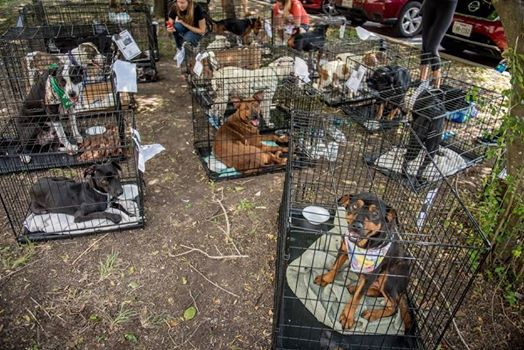 The NRG Arena, which is usually used for events such as those during the Houston Livestock Show and Rodeo, is currently housing 400 dogs still waiting to go home after Hurricane Harvey hit the area nearly a month ago. Volunteers from organizations like Austin Pets Alive!, Best Friends and Houston Pets Alive! and others are working together to care for and find homes for those pets, but hit a wall this weekend that has completely halted any hope to adopt these pets any time soon.

There have been 20 confirmed cases of distemper in the NRG Arena, with another 100 suspected cases out of the 400 dogs there. It may take weeks for symptoms to appear, so the dogs will have to stay longer than they hoped in what was meant to be a temporary shelter until volunteers can bring the spread of the disease under control and bring the affected dogs up to satisfactory health. 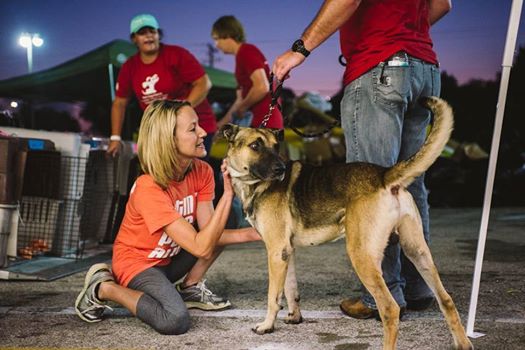 The dogs were all vaccinated when they were brought to the shelter, but some were stray and may have already had distemper before they could be vaccinated. A local veterinarian also notes that, because the dogs have been in a stressful situation for weeks, they are more susceptible to contagious diseases like distemper.

Distemper is a serious disease that spreads rapidly in places where dogs live in close quarters (like shelters) via an airborne virus. The infected dogs in NRG Arena have been moved to an area away from the other pets, with hopes that the healthy dogs will remain unaffected.