Meet Hawk!  He’s a sprightly little guy, and even though he’s had to face a lot of adversity in is short life, he’s still full of love and fun.  Poor Hawk had come into the Animal Rescue Volunteers in Simi Valley, California with both of his back legs broken, and he was badly in need of medical care.  We’re very happy to report that Hawk is healing up nicely, and will be available for adoption starting June 17th. 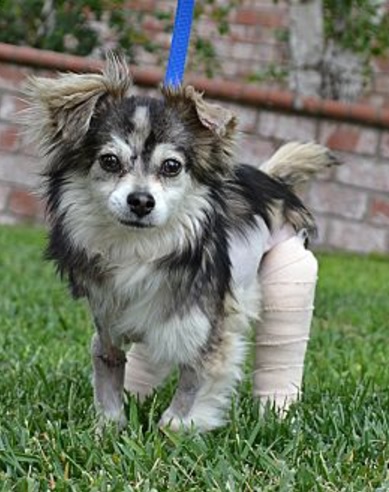 As mentioned, Hawk is with the Animal Rescue Volunteers in the Simi Valley, California area.  They tell us that Hawk was born sometime in June of 2016, so he’s still a puppy, and that’s he’s super sweet and playful.  He’s a Pomeranian/Chihuahua mix, he’s around 25 pounds, and his coloration is simply beautiful. 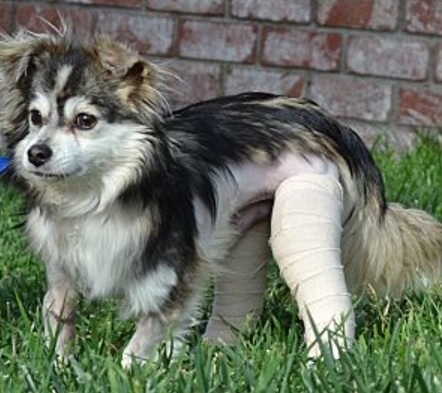 His rescuers aren’t 100% sure how Hawk ended up in the condition he was found in.  Both of his back legs were broken, which was obviously causing him a lot of pain.  The good people at the Animal Rescue Volunteers got Hawk to help in time, and his back legs were saved.  He’s expected to make a full recovery, and aside from providing him with a lot of love and affection, there’s not a lot of aftercare expected.

As for now, Hawk will be officially available for adoption on June 17th, 2017, provided he’s given the all clear by medical staff.  Because of the condition he was in when he was rescued, the shelter hasn’t had a ton of time to see how Hawk is with other dogs, children, or any other possible pets in the home.  For any specifics on Hawk, his condition, or his status, click here to go to the Animal Rescue Volunteers Facebook page by clicking here, or you can call them directly at (805)-579-8047. 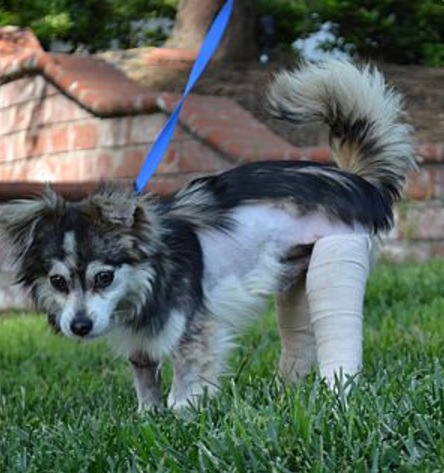