When you’re an animal rescuer, you’re always “on call.” Just ask Eldad and Loretta with Hope For Paws. Immediately after rescuing one dog, they received a call about another. With their animal-loving hearts, they headed over to help, without hesitation. 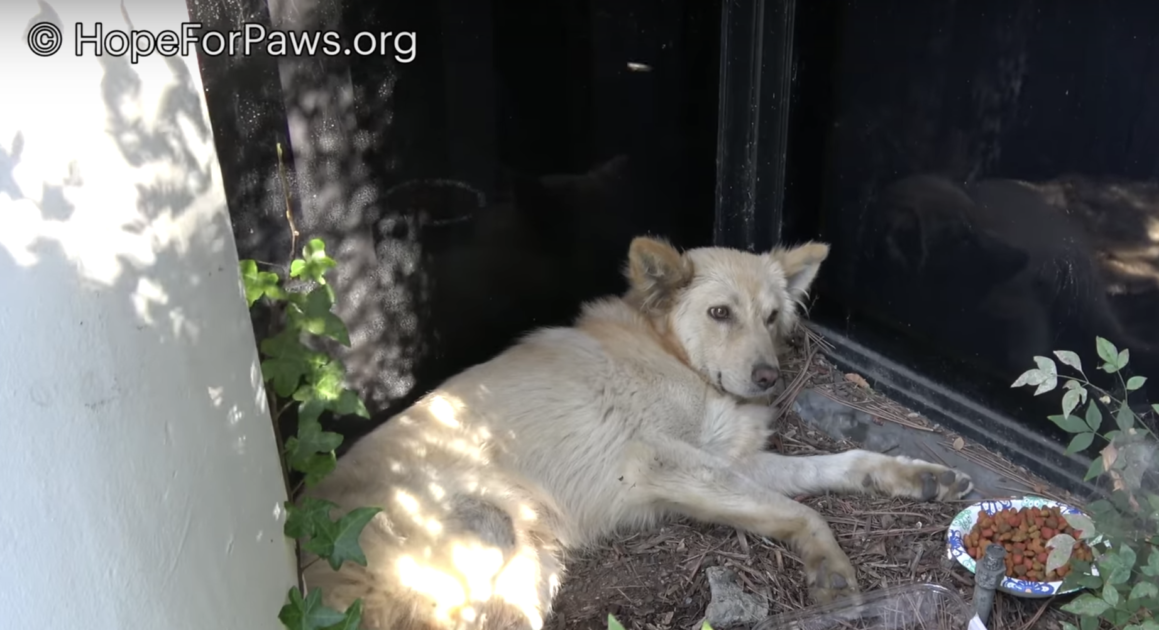 A dog was helplessly lying in a side yard. His eyes were open, but he wasn’t totally responsive. Something was definitely wrong. He also had no interest in the food or water in front of him.

As Eldad got closer, and you could really see the dog’s eyes, it was as if he was staring into space. What had happened to this poor dog?! As Loretta put her hand out, the dog just fell over. This was a terrible sign! 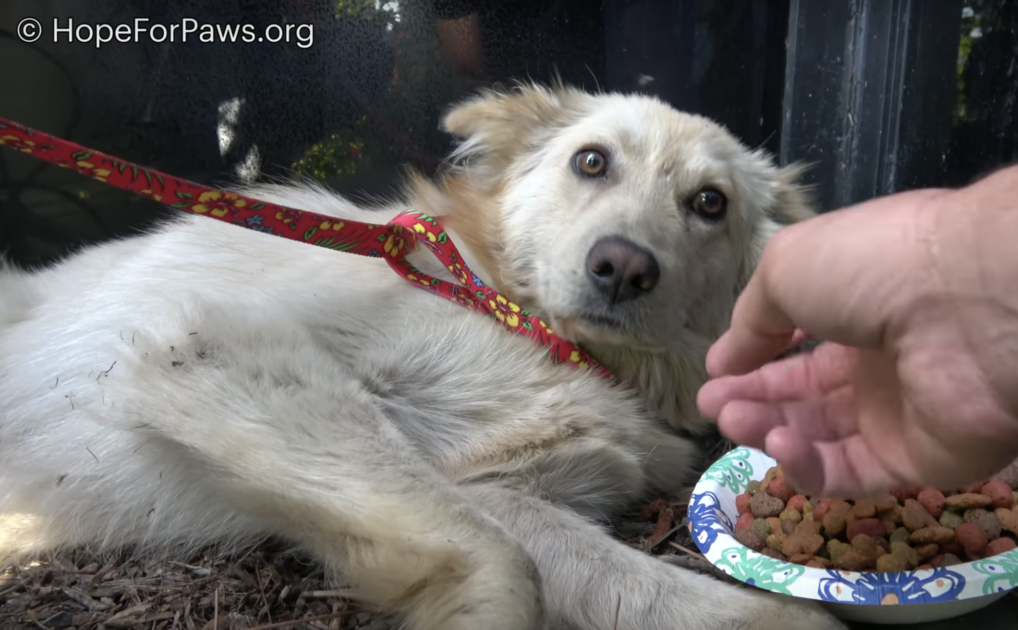 Unaware still of what was ailing the dog, they put the lucky red leash around his neck. He was very still but his eyes told a story. There was fear, confusion, and even pain. The rescuers were able to get the dog to stand and slowly walk over to the crate. 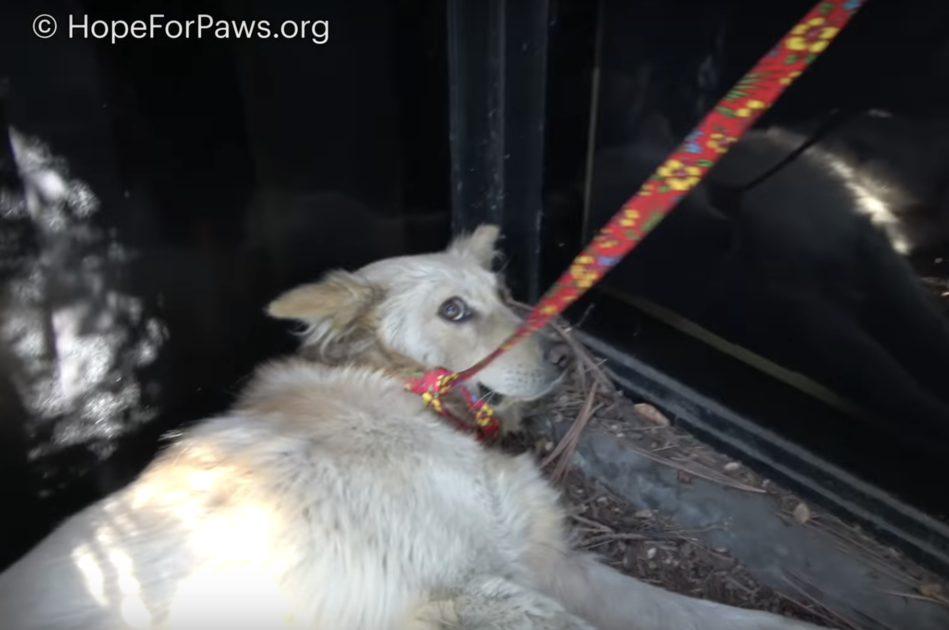 Finally safe, Loretta and Eldad take the dog to the medical center. Upon examination, the vet realizes that the dog, now named Antonio, is bleeding internally. He had to be rushed in for emergency surgery. The vet emphasizes that this type of injury is caused by kicking a dog– hard. 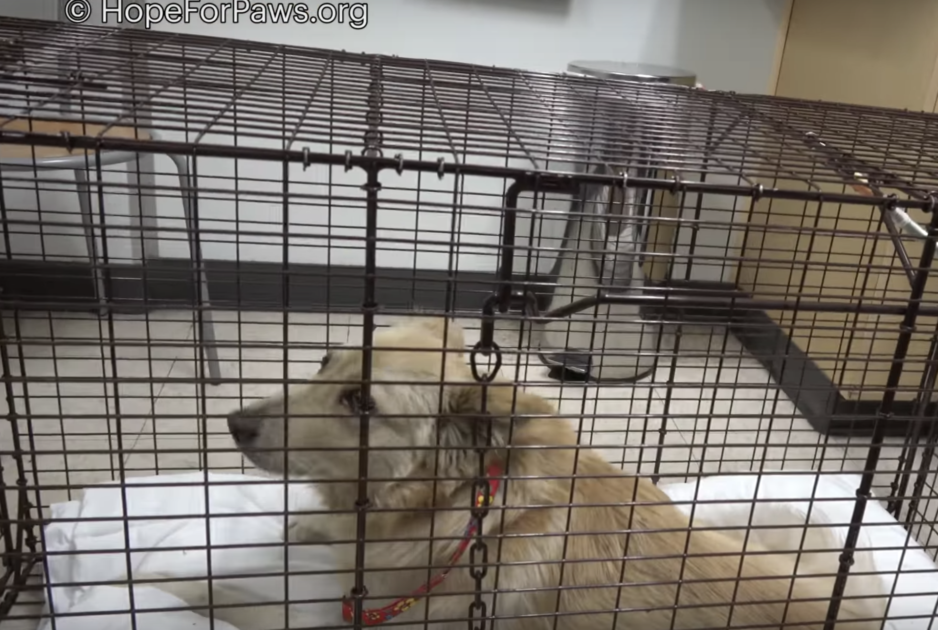 Antonio had a ruptured spleen that had to be removed. His liver was also badly bruised. Who could do such a thing?! The vet also explained that he wouldn’t have survived another day. Rescuing him at that exact moment saved his life. FOR SURE! 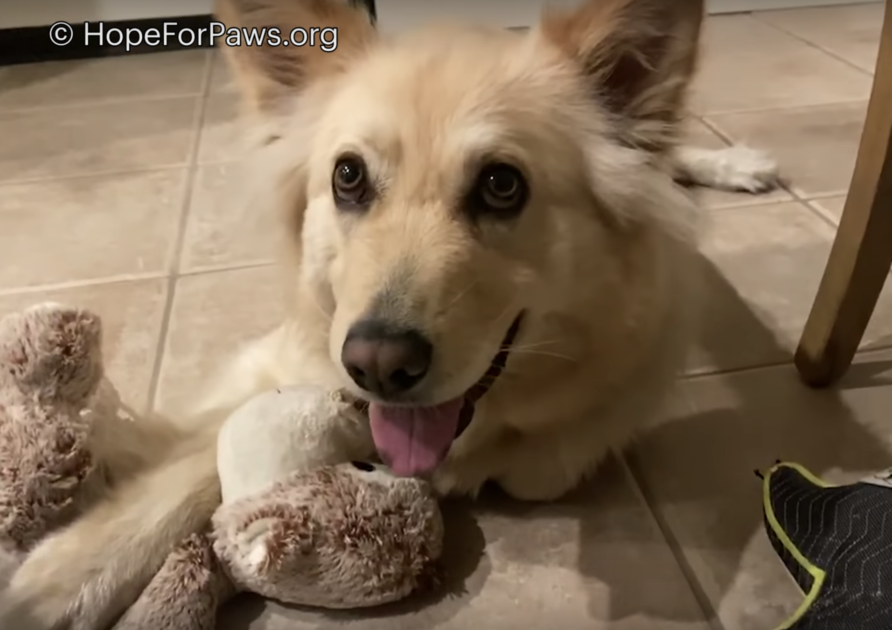 The brave dog did amazing during surgery and recovery. He was soon in a foster home and with the help of loving humans, found his forever home too. We couldn’t be more grateful! Hope For Paws never fails to amaze us. See Antonio’s full rescue and happy ending in the video below!