At the Putnam County Dog Shelter, a heartbreaking discovery on Wednesday concerned a two-year-old brindle pup who was found as a stray and his rear legs hogtied with a retractable leash. According to the shelter, the dog wore no collar and was rushed to a veterinary clinic for emergency care.

“This poor boy was taken to the vet’s office to get checked out. Unfortunately, the dog was put down due to the severity of the injuries to both back legs,” the organization posted. 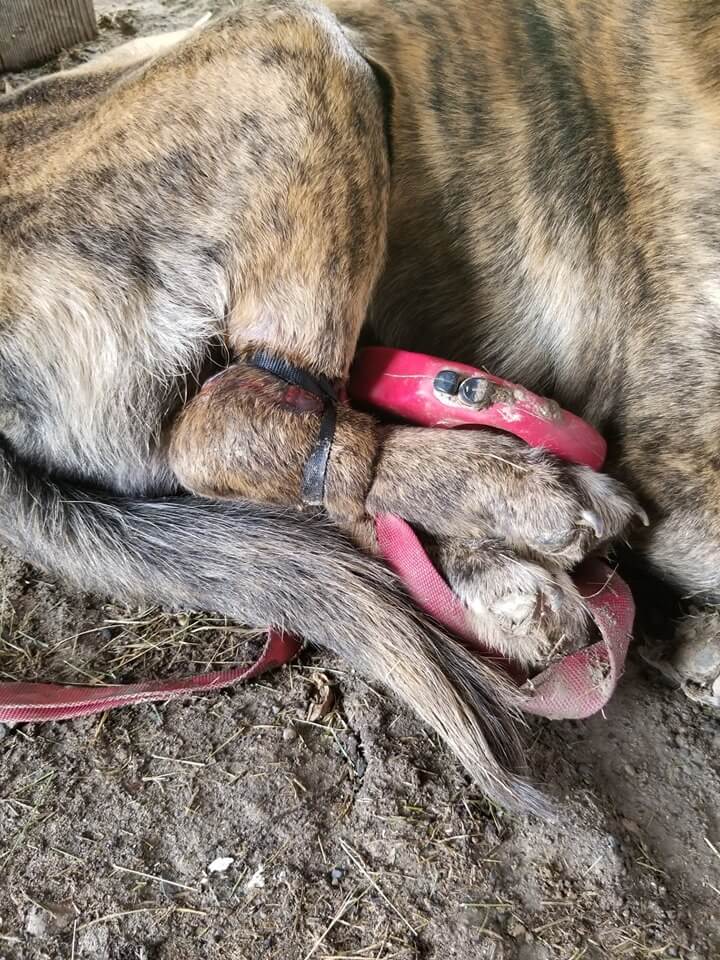 Perhaps as sad is that the dog had no problem being handled, petted, touched or picked up despite the pain he was experiencing. Both legs were swollen, infected, had exposed tendons and maggots were present. It is not known how long the dog had suffered with his legs tied together making it nearly impossible for him to move.

There has been criticism against the shelter euthanizing the dog; the organization responded:

Putnam County Dog Shelter “For those who know how this shelter operates, we do not take putting dogs down lightly. We try to save every dog, if possible. Unfortunately, we can not save every dog. We take pride in how we handle and care for the dogs brought into the shelter as well as finding them new forever homes. It is a never an easy decision to have any dog put down, whether it be your own or one that comes into the shelter. Please do not judge that this poor guy did not make it because someone out there thought it was a better idea to just dump the dog.” 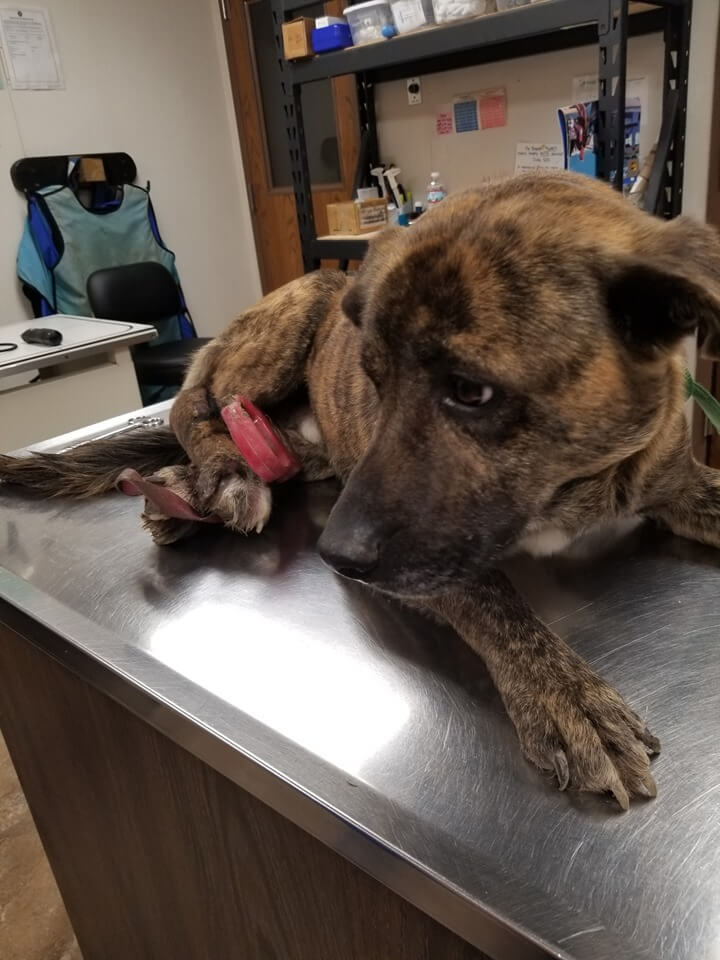 The dog was found in the corner of a barn on Rd M-10 east of Kalida, and it is believed this dog had been running loose in the area less than a week ago.

If anyone has information on who owned this dog, please call the dog warden at (419) 523-8617. A animal cruelty report has been filed with the Putnam County Sheriff’s Office.

May this sweet pup rest in peace.