On Saturday, a disgusted Facebook user posted a photo of caged dogs, abandoned by their owners, at a rest stop in Tallahassee, Florida. The individual wrote: 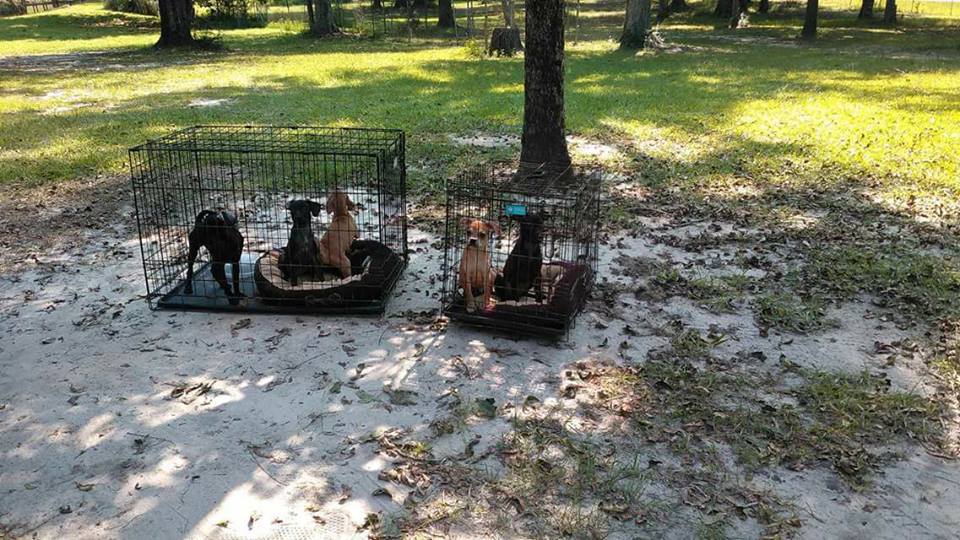 ☆☆DO NOT DO THIS☆☆
This is a Rest Stop in Tallahassee Florida.
People are leaving their pet’s there with the hope that they will be rescued {???}
I DO NOT UNDERSTAND THE LACK OF PREPARATION!!

Apparently, the person who took the photo already had her vehicle loaded with dogs she was rescuing from the area and she could not put these abandoned dogs in her car.

The dogs in this particular photo were rescued…are there others awaiting a terrible fate? It’s likely. Who abandons dogs, in cages, as one of the largest recorded hurricanes is about to hit? Who is cold-hearted enough to walk away from helpless pets, leaving them to endure the wrath of a massive storm?

Tragically, this horrific behavior is not unheard of – according to the Palm Beach County Animal Control, dozens of pets have been abandoned by owners who have fled the area. To those who have, it is illegal and the authorities will take action.