In Mission, Texas a tiny helpless puppy curled up in a cardboard box on Wednesday; just where his heartless owner abandoned him behind a dumpster for the trash men to cart away. Had it not been for an employee from the bakery where the puppy had been dumped, who peeked into the box after hearing the soft cries of the seriously ill puppy, who knows what his fate might have been in just a few more hours? 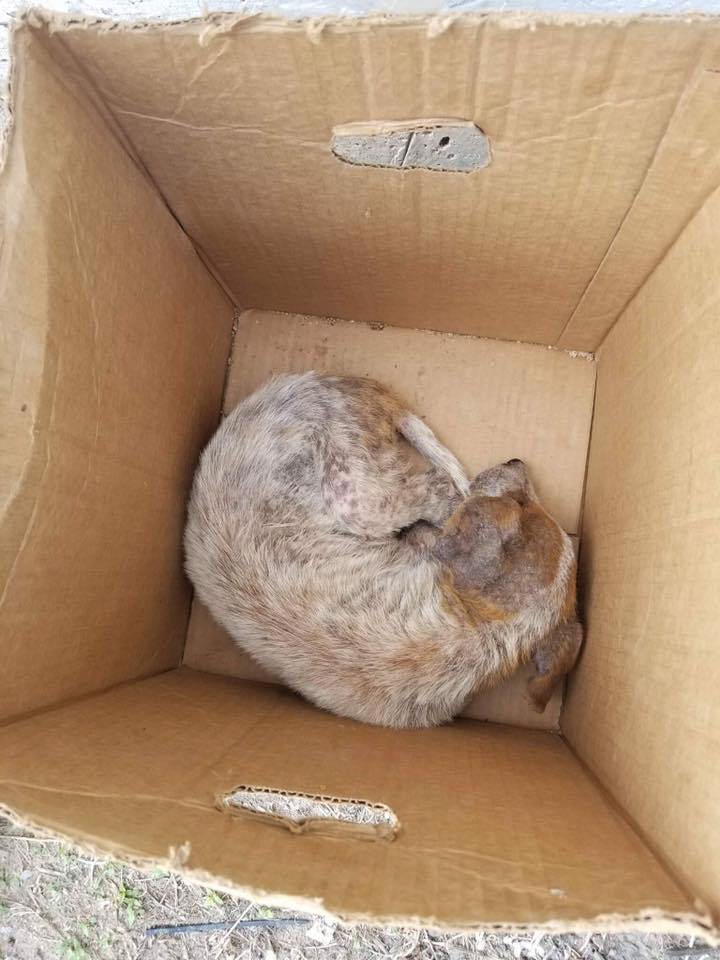 “How dare this happen,” posted Stacey on the group’s Facebook page. “Living beings are not to be treated like trash. This angel was left to die in a box and be picked up by the sanitation with the rest of the trash. Thank God we were alerted to this atrocity, and we immediately took this puppy into our rescue. He is in critical condition.”

At this time it is still not known if Trooper will survive, but everything medically possible is being done.