There is nothing that a dog won’t do for someone they care about. It is this unwavering love and loyalty that often drives them to heroic acts.

Dogs have been known time and time again to put themselves in danger in order to rescue the life of either their owners or their fellow animals, and it is always heartwarming when these amazing moments are caught on camera for everyone to see. It’s an inspiring reminder that we should all try to be more selfless like dogs.

There is one video that is truly touching to watch. A surveillance camera from a house in Boksburg, South Africa managed to capture a very sweet moment in which a dog saved the life of her friend from drowning. 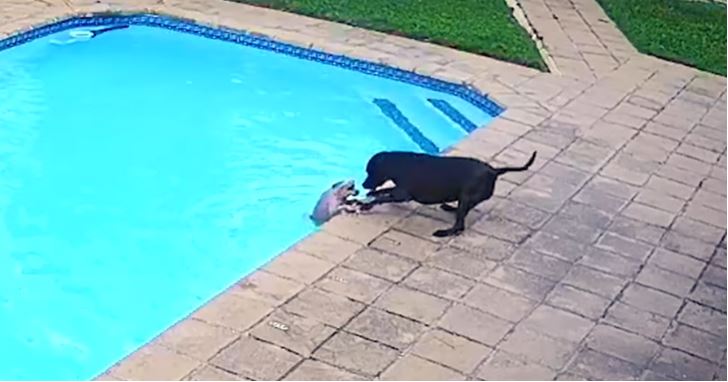 The Staffordshire Terrier was filmed springing into action the second that a little Pomeranian slipped and fell into the family’s pool.

The little thirteen-year-old pooch named Chucky had been walking by the pool but ended up slipping and tumbling into the water. Without a moment’s hesitation, the larger dog, Jessie, ran over to assist the pup in getting out of the water unharmed.

Had it not been for the family’s security camera, this heroic moment might have gone undetected.

The dogs’ owners, Byron Thanarayen and his wife Melissa, weren’t at home at the time of the accident. When they arrived back home, they were puzzled as to why the little dog was wet. As far as they could see, there wasn’t anything leaking in the home so they decided to start looking around for an explanation as to why their little pooch was wet. 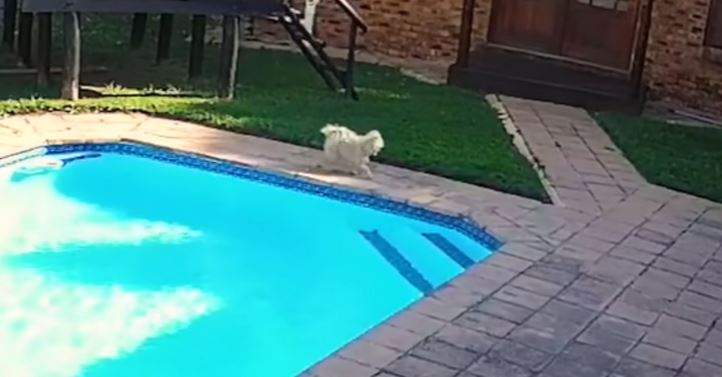 Byron explained to TimesLive, “We tried to look for clues as to where he could have wet his head. We thought maybe he dipped his head in the water, but there was no mess in the house to support this suggestion.”

That is when they decided to check the security footage to see what might have happened, and when they did, they were shocked by what they saw. In the video, Chucky had been resting in the backyard when he got up and began walking past the pool. However, he got too close to the side and accidentally slipped and fell in. 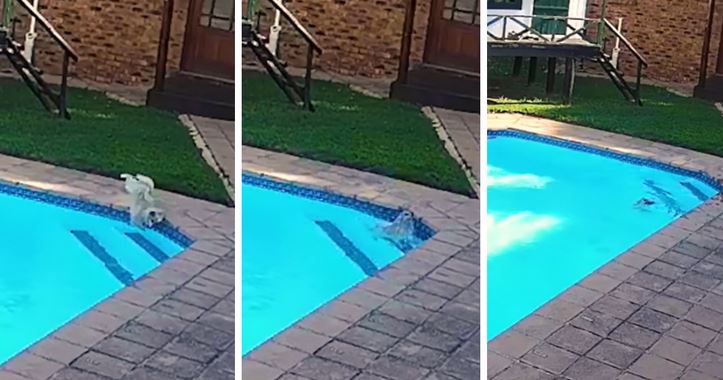 The tiny canine splashed around for quite some time, trying desperately to find a way out while fighting to keep his head above water. That is when Jessie came over to the pool, probably confused as to what the commotion was. 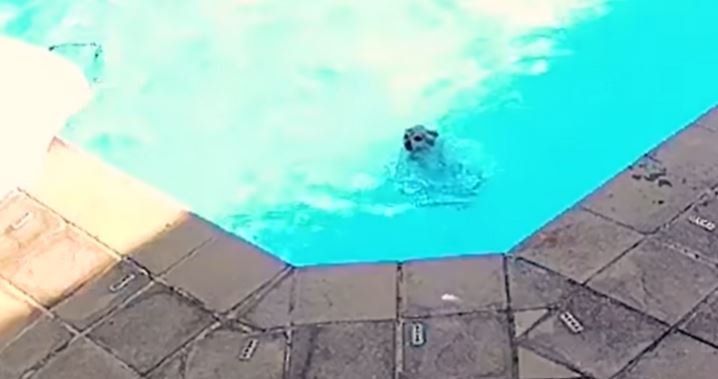 The big dog then took note of her little friend struggling to stay afloat. Immediately, Jessie rushed over to the water’s edge to see how she can help. She tries time and time again to get the little dog out of the water, but it seems that she can’t quite get a hold of him.

Eventually, Jessie manages to grab a hold of Chucky and is able to haul him out of the water and back to safety. Byron called the surveillance video “heart-wrenching to watch,” but was so grateful that Jessie was able to save the day. 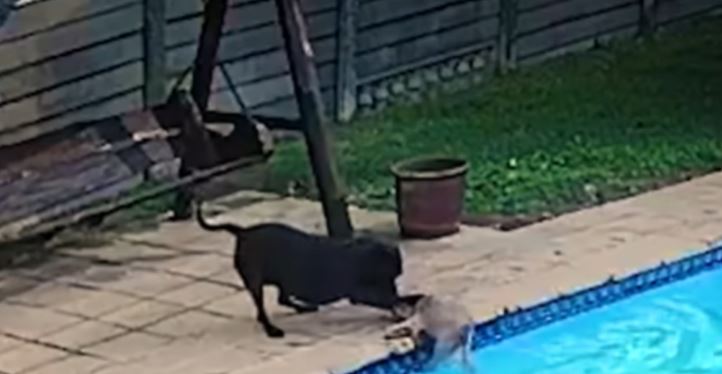 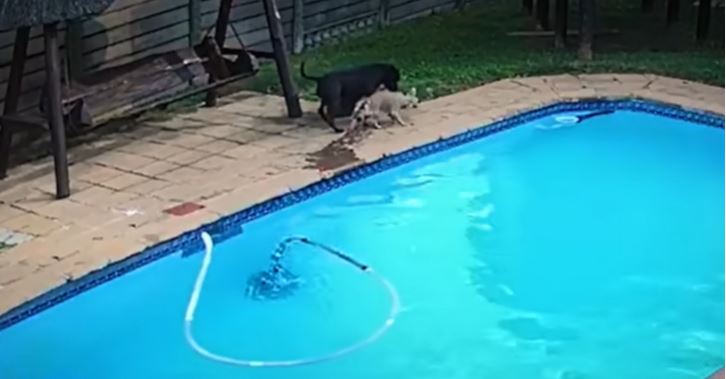 According to the outlet, he explained that while the two dogs know how to swim but they never swim without them around, and it was still a difficult watch as the outcome could’ve been much worse. Because of this, both Byron and Melissa were incredibly grateful that Jessie was around. They were even more thankful that the tenacious pooch didn’t give up and eventually was able to rescue the little dog from drowning. It took a whole 34 minutes for the rescue!

Byron stated that he and Melissa were actually Jessie’s third set of owners. The rescue pup had been given back twice before, with the previous adopters citing that Jessie wasn’t able to get along with other dogs. However, based on the video footage, it’s clear that this pairing was just meant to be – and she ended up right where she belonged.

Watch the incredible rescue in the video below: