A stray dog helped firefighters in Turkey save her puppies after they became stuck in a drainage canal in the town of Bodrum in the Turkish province of Muğla.

A local named Erhan Erol called the firefighters after he noticed the puppies stuck in the hole, which was slowly filling with sea water. 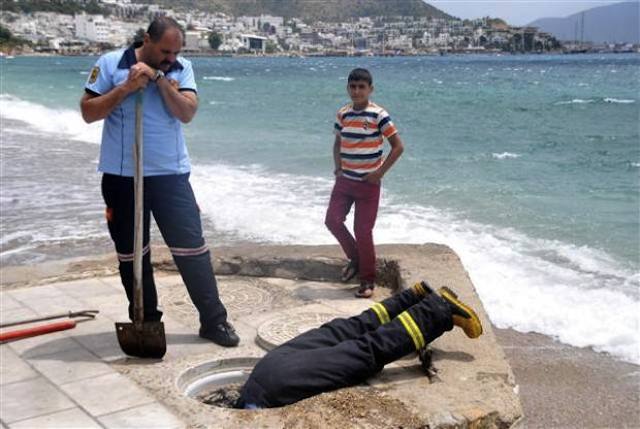 The firefighters were able to stop the water from rising, but couldn’t reach the eight puppies to free them. That’s when they noticed the puppies’ mother suckling another puppy nearby. One firefighter saw that her puppy looked a lot like the others in the drain and they called her over. 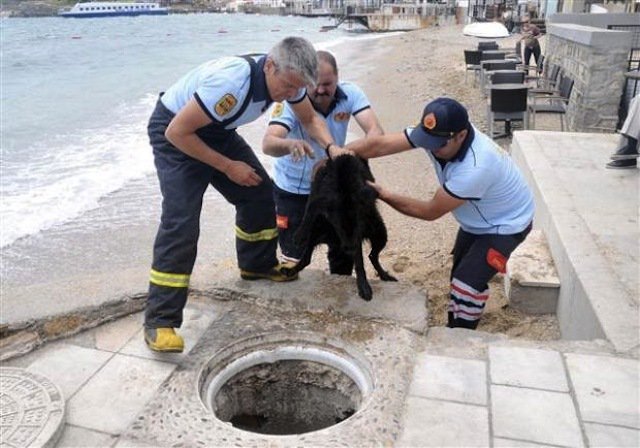 They then lowered her into the hole so she could pick up the puppies. One by one, she gently picked up the puppies in her mouth and pulled them to safety! Video was filmed of the heroic mother dog helping the rescue efforts. 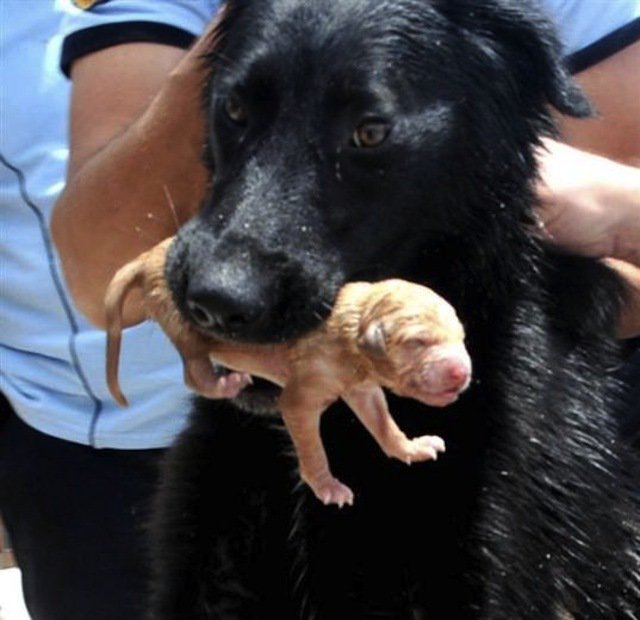 Within an hour, all the puppies were reunited with their mother and suckling by her side. 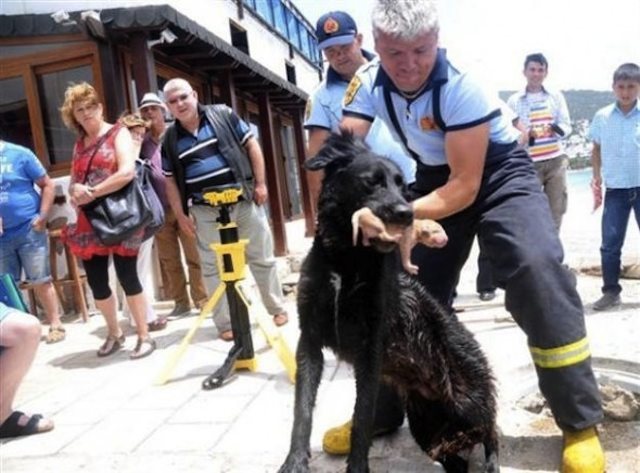