A man that works in an apartment complex in Springfield, Missouri is being hailed as a hero.  He likely saved a dog from dying in a horrible elevator accident, and the video of his heroics is quite a thing to see.

You can see in the video where the dog’s human gets onto the elevator, but the dog gets distracted by something off screen.  Suddenly, the door closes and the dog ends up trapped by a leash on the outside of the elevator.  As the elevator starts to move, the dog flies upwards, and slams into the top of the doors. 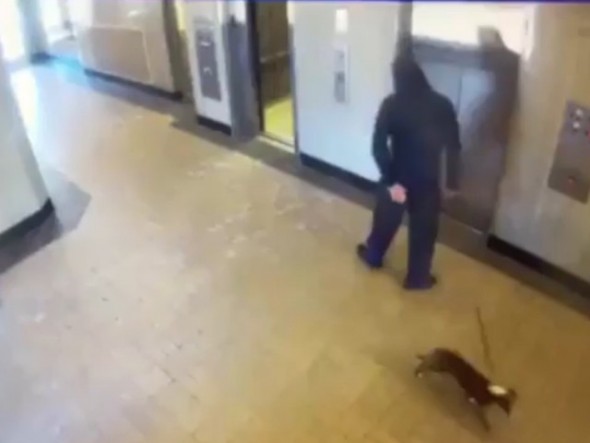 Luckily, a man called Brian Ussery who works maintenance at the apartment complex was right there when this all happened.  Had he not been there, things could have been very different.

“I was actually in the middle of leaving a voicemail when it happened,” Ussery said.

Ussery takes off after the dog.  As soon as he gets a hold of the poor trapped dog, the leash can be seen tightening more and more, cutting off the dog’s air supply.  Ussery grabs and yanks back on the dog’s collar, and snaps the leash off in the door.  This allowed him to pull the dog away from the elevator, saving her from being crushed. 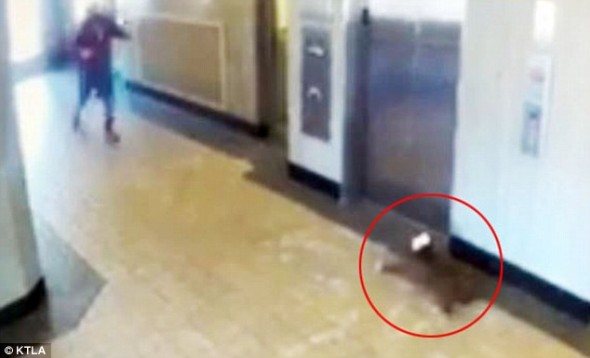 “I would hate to know what would have happened if I wasn’t able to break that leash before she got to the top again,” he said.

When the dog’s human made his way back to the fifth floor where the incident took place, he was fearing the worse.  When he got there, he was more than a little surprised to see that despite what had happened, the dog was actually alright. 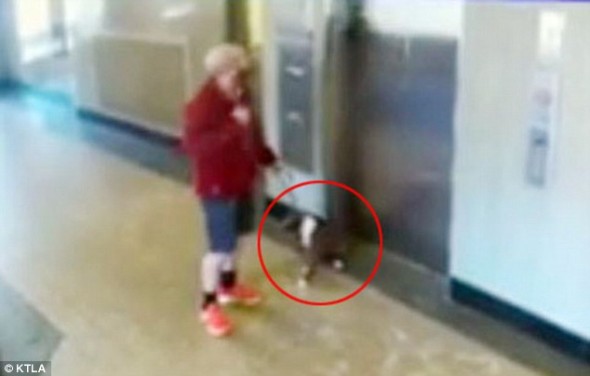 “The guy was freaking out. He didn’t know what he was going to come back to,” he said. 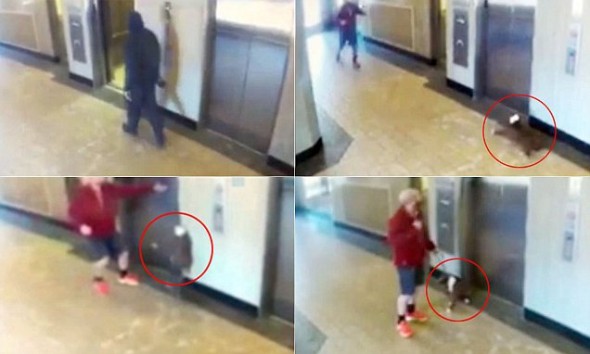