A man was on his way to work one day when he noticed something heartbreaking on the side of the street. This beautiful little fox, lying there lifeless. It must have been hit by a car. Below is his account of the story:

This is what the man saw on his way to work. He was heartbroken. 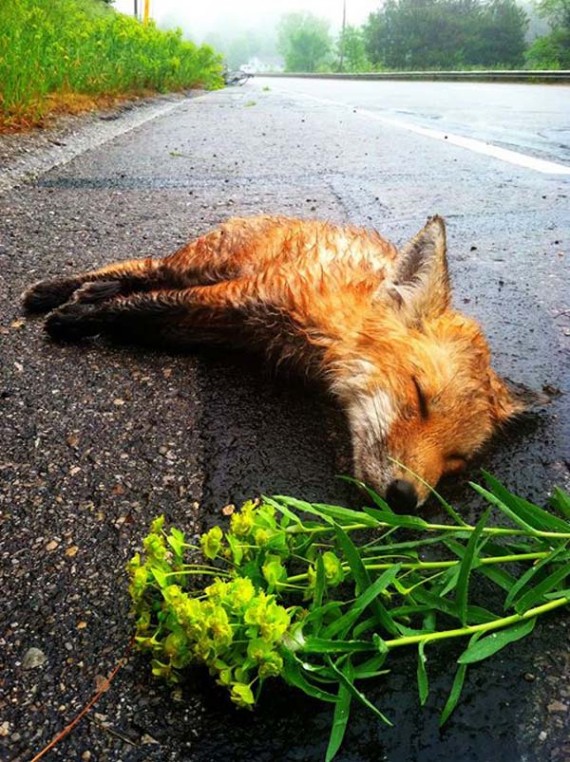 “This morning on my bike ride into town I came upon this fox that had just been hit by a car. His eyes were slowy opening and closing, he was shaking out of control and his heart was beating out of his chest. All I wanted to do was help him but I quickly realized there was nothing I could do so I sat down next to him and gave him the warmth and company that I think I would appreciate if I was in that situation. His eyes closed for good, the shaking was down to a minimum and as I rubbed his little head to comfort him, I literally watched his last heart beat. RIP little guy the world will miss you.”

But upon returning 8 hours later, he saw an amazing sight. The fox was alive! 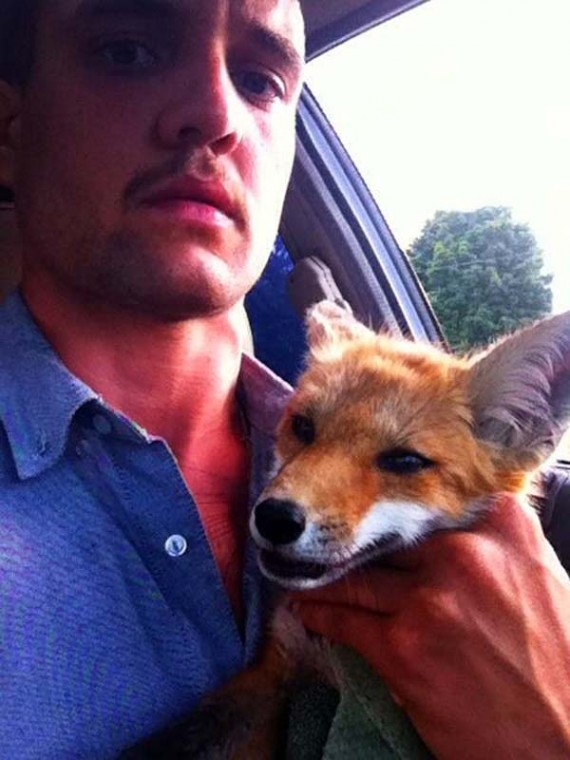 Somehow the little fox found a way to hold on and keep fighting. It’s as if it knew the man would return. He scooped up the fox in disbelief and started looking for a veterinary hospital.

What a miracle! We are wishing this fox the best. Share this story and send some good vibes its way. 🙂