Pennsylvania resident and Army vet Paul Steklenski spent the ’90s leading officer training at Fort Knox in Kentucky. These days, he’s heading up his own nonprofit. You see, Steklenski is a hobby pilot, and he volunteers his time flying endangered shelter dogs to new foster homes. 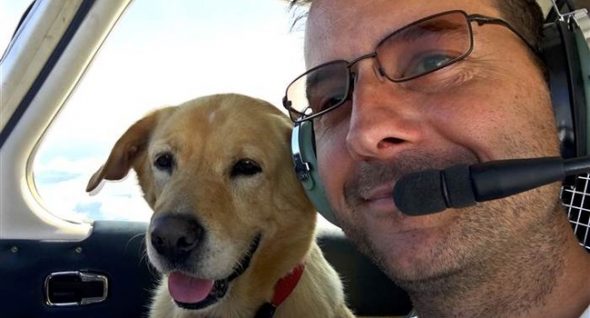 Back in 2013, Steklenski’s commute took him past an airport on the daily and it got him thinking.

“I had always thought about (learning to fly),” he said. “My uncle was a pilot. I still have his logbook from the ’30s and ’40s … I decided to start going for lessons.”

Later that same year, Steklenski adopted Tessa, a rescue dog who’d come north from Tennessee in a van. Now a proud rescue dog dad, he began pondering ways in which he could help other dogs like Tessa.

Steklenski had always intended to use his flight skills for something beneficial; initially, he hoped to get involved with Angel Flight, which provides free transportation for passengers in need of medical treatment. As a new pilot, he didn’t meet the qualifications of that particular organization, but he realized a similar set up might be used to transport animals in danger of being euthanized. 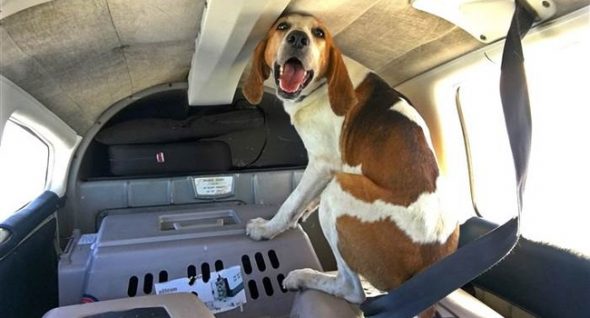 In May 2015, Steklenski’s nonprofit, Flying Fur Animal Rescue, was born. How it works: Volunteers pull animals out of shelters, transport them across state lines and find new sites that can foster them until adoption.

“The idea is to take them from a kill environment to a no-kill environment,” Steklenski explained. “Not everything works out all the time, but (the shelters) pledge to protect them and make sure they’re going to a good home.”

“I’m part of them,” Steklenski said of the dogs. “I can remember each flight like it just happened.”

To minimize the hassle of flight planning, Steklenski invested in his own $70,000 aircraft. He also spends about $1,000 of his own money on his monthly trips.

The return is priceless: Steklenski has saved more than 700 dogs thus far. “I’m part of them. I see it, I experience it,” he said. “I can remember each flight like it just happened.”

Some trips are immediately rewarding — Steklenski once landed a plane loaded with 12 dogs for 12 waiting families on the ground! 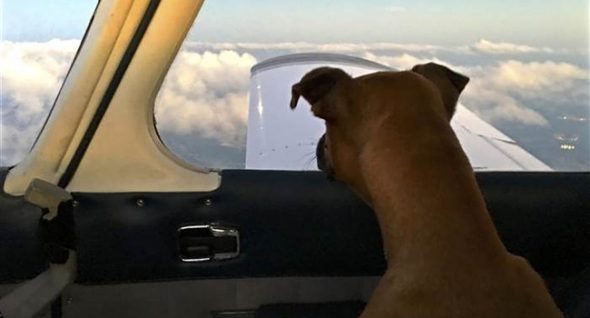 Steklenski was transporting several dogs; Henley — it was believe the dog suffered abuse at the hands of a man — was one of them. Henley was full of fear, especially in the presence of men.

“We’re putting the dogs in crates, and (Henley) saw me around the corner and shrieked,” Steklenski recalled. “He just couldn’t be around men. I had never had an animal that I couldn’t be near … It was really hard.”

Henley was successfully transported, though. And adopted. And months later, Steklenski popped in for a visit with the dog’s new owner. He was thrilled to find a dog transformed. Henley, safe in his new, loving home, had become secure, friendly.

“I truly believe in this. It’s my passion,” Steklenski said. “I don’t think I found it, it found me.”