Joe Dunn regularly explores the wilderness in Florida but last weekend he came across a lost dog “trapped down in a cave” in the Withlacoochee State Forest.

He discovered the dog after hearing her desperate cries. 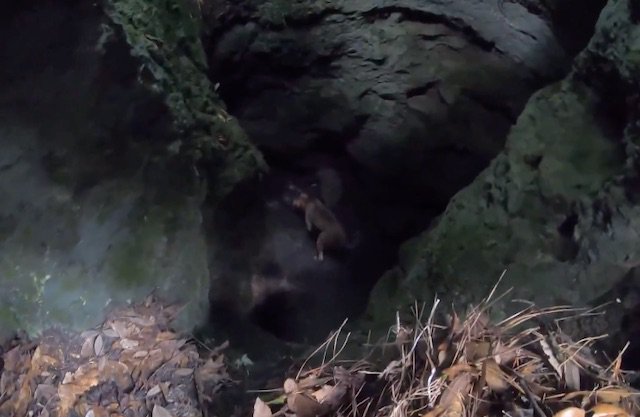 The skinny, tan dog had somehow fallen into the 20 foot hole. “It’s one of the saddest things I’ve ever seen,” he said in a video he took upon finding her. “There’s a dog stuck down in the cave.”

Dunn didn’t have any tools to be able to haul her out safely and cell phone coverage was poor so he tried to lower a tree branch into the pit to see if she could climb it. 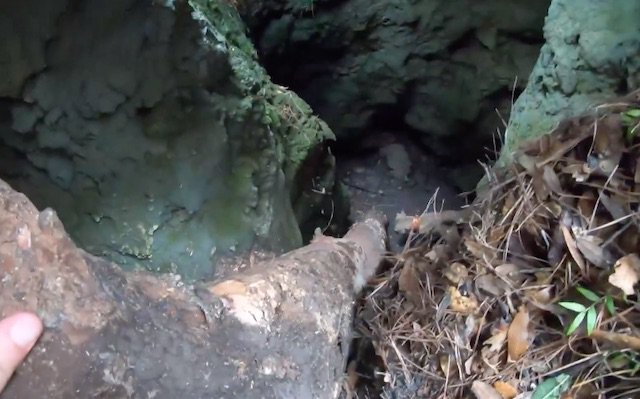 But she couldn’t. So he made the four mile hike out to try and get help.

Dunn posted a plea for help online and fortunately heard back from several people offering to lend a hand. They returned to the cave to rescue the dog the next day. 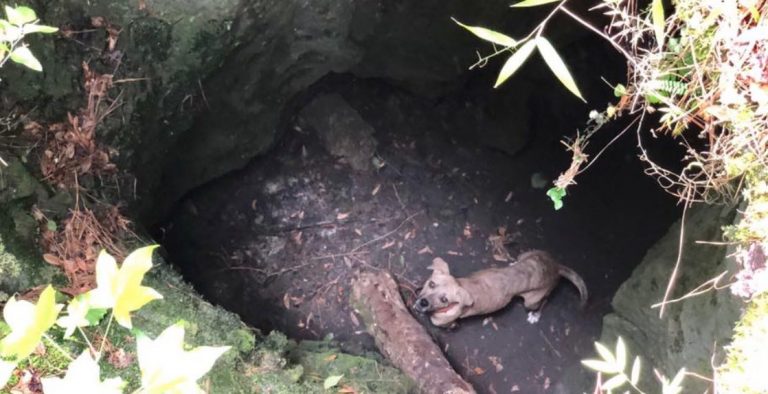 “Yesterday I found a dog trapped down in a cave deep in the woods and at the time was unable to get it out. It was really sad and after sharing about the situation, A great group of people contacted me who wanted to help out and we went back out there today to get the dog out of the cave,” he wrote on Facebook.

Using some ropes, one of the men was lowered into the hole. 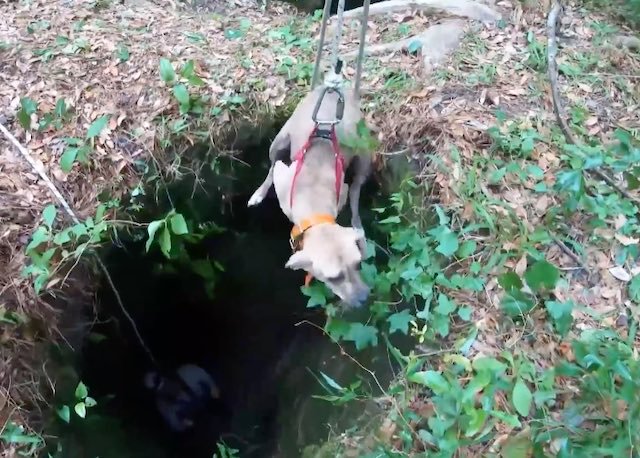 “Sally” was hoisted out and was very much relieved to be out of that hole.

She had a tag on with her name and a number and they called her owner who told them she had been lost for three weeks. Sally was reunited with her family later that day.

Dunn posted his own video of the rescue on YouTube and wrote, “Special thanks to everyone who helped and of course to all of you for helping to spread the word. The rescue was made possible by (Steve Pavlik, Chris Pavlik, Alex Nardone, Alyssa Solis, John Neal, Amy Neal and Wags To Riches Rescue, Inc., Rhino Staging and IATSE Local 321).