This comes from Guardians of Rescue: Guardians International received an email from an American gentleman who lives in South Korea. He reached out to us asking for help knowing that we are active in rescuing dogs from the dog meat trade there.

He explained in his email that he was on a hike when he saw a little pup roaming alone in the mountains. This little guy most likely escaped from a dog farm. His first reaction was to help the dog. A friend that was with him advised that he just leave him there and they continue on their hike. Well, James couldn’t do that. He picked up this innocent, needy pup and brought him to his apartment.

This is when he reached out to us. His landlord would not allow the dog to stay and James’s bigger concern was feeling like he didn’t have a safe place to bring him, being aware of the dog meat trade there. Of course we told James that we would be happy to help both he and the dog but we had to raise the funds to cover his transport costs. 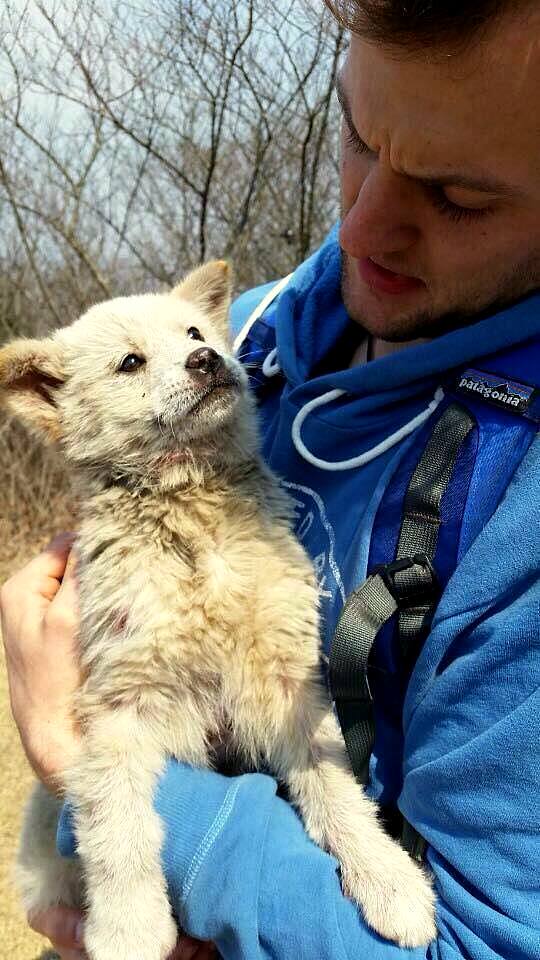 During this time James named the dog Pickle and bonded with him. He expressed to us that this experience of caring for Pickle taught him a lot and he grew to love him.

Well, the day has come. Our supporters generosity has made it possible for Pickle to come to the U.S. James spent his last night with him and although it was very difficult to say goodbye, what James ultimately wanted for Pickle was to be safe and live the American dream.

Pickle and another rescued pup will be arriving in San Francisco tomorrow. He already has adopters who will be anxiously awaiting for him. Thank you to James and to all involved in this team rescue effort.

(His name will remain Pickle.)

Together We Save Them, locally and globally.