Chloe had been missing for six weeks. Stuck on top of Mt. Bross, a 14,177-foot peak in Colorado, hikers could hear her cries. 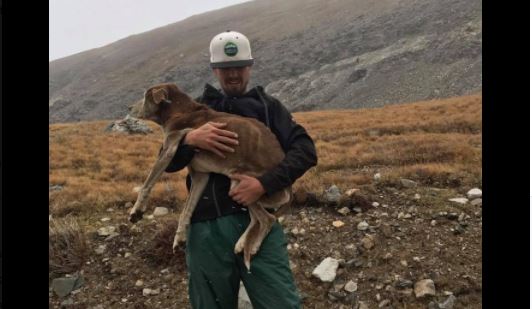 Trinity Smith and her boyfriend, Sean Nichols, belong to a hiking group, which regularly climbs a group of peaks called the 14ers (mountains with elevations of 14,000 feet or higher). Over several days, they attempted to reach the 14-year-old dog and at last were able to reach her!

The senior pup, 14 years old, had wasted away from roughly 90 pounds to 26, but seemed in good shape considering her harrowing experience and was immediately reunited with her owners and brought to the vet. 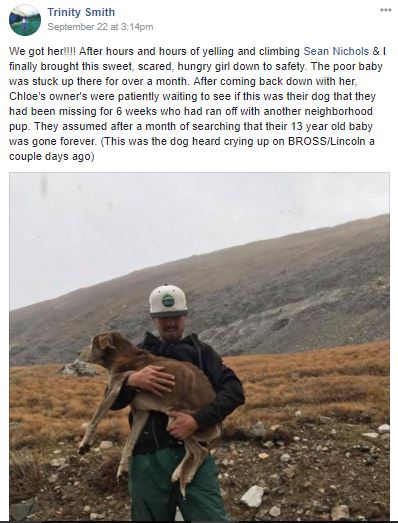 Chloe’s owners said that she’d run off in tandem with another dog in their neighborhood more than a month earlier and had searched their own mountain town, Alma, for weeks. When word of the dog stranded on the peak reached them, they wondered, hoping, it might be Chloe.

Smith, whose posts about the search and rescue have gone viral, told FOX31 that Chloe’s grateful owners took her to the Park County Animal Hospital. “She is currently back home, sleeping and eating and doing very well for the circumstances,” Smith said.

Thousands of people have reacted to her posts, many lauding Smith and Nichols as heroes.