A little Shih Tzu was abandoned by his family in a shopping center parking lot. His little doggy heart was completely broken and he shut down. He hid beneath the shopping carts, waiting to die. He had no motivation to eat or drink. Because he wouldn’t move, he sat in his urine and feces.

By the time rescuers found him, excrement was caked into his coat. He was a bit stinky, but that didn’t stop his new human advocates. They were determined to save the sad dog’s life. 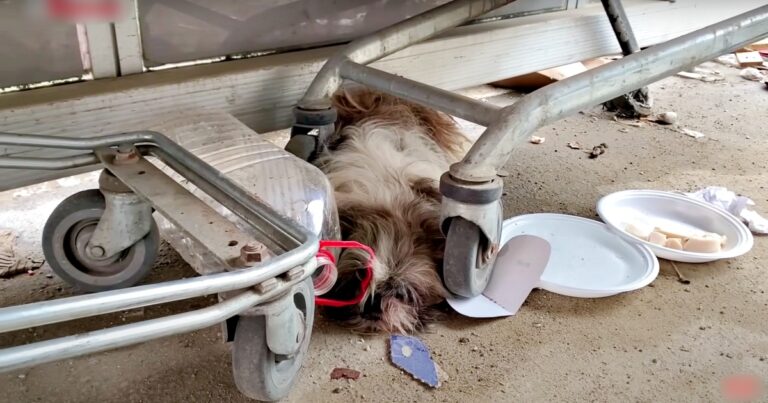 One of the rescuers put him gently on the ground while he opened up the back of the van. The dog just laid there. He was so weak! It was time to get him to the vet clinic. Once they arrived, the doctor shaved his little leg and put in an IV. The IV fluids should have perked him up but they didn’t. Even with love from his new human friends and fluids to hydrate him, the poor pup continued to lay there.

The dog was safe but what his family did to him hurt him to his core. He was so depressed that he continued to refuse food. The Shih Tzu’s spirit was broken but that was all about to change!

By the end of the video, the dog is completely transformed. Your heart will swell when you see him now! Thank you to the kind souls who saved this pup’s life.