Glenn and his sidekick, Buzz are a couple of dogs rescued from the streets.  They are assumed to have been abandoned by their former families, and have been together ever since.  Glenn and Buzz are definitely best friends and need to be adopted together, but once you hear why, you’ll understand. 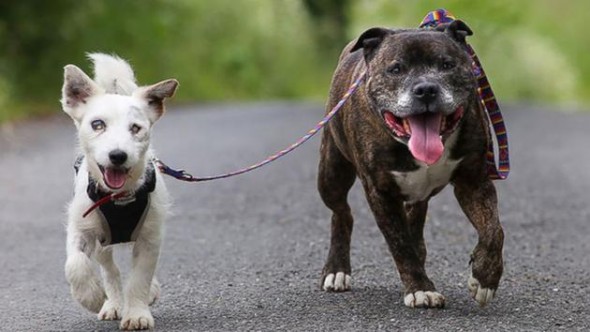 Glenn is getting on in years, and has become totally blind.  He now totally relies on Buzz to get by day to day, and because of this, they are a package deal. 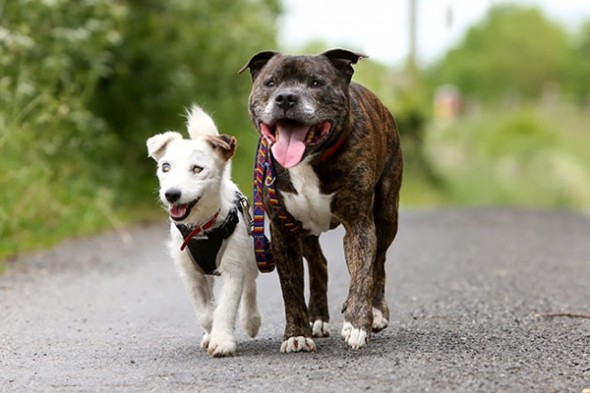 It was during a medical work up that Glenn’s blindness was discovered.  They also found out that the two absolutely refuse to be apart from each other.  Staff had initially tried, but it was ultimately found to be impossible. 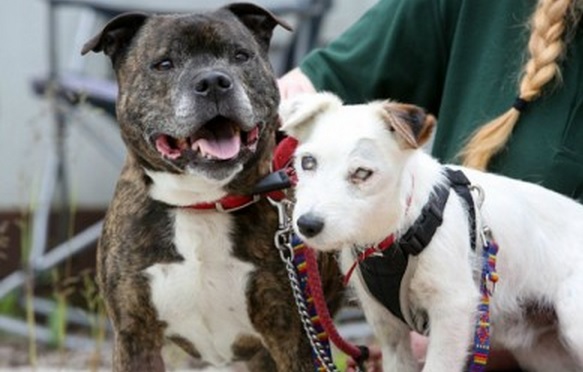 The shelter is also refusing to separate them.  If people are inquiring about adoptions should know, they are 100% a package deal.  No ifs, ands or buts about it.  They go together, or not at all.

Stray Aid Center Manager John Bielby said, “If one of them is taken out, the other will become distressed and start to cry.  They have to be kept together, they don’t like be being separated.” 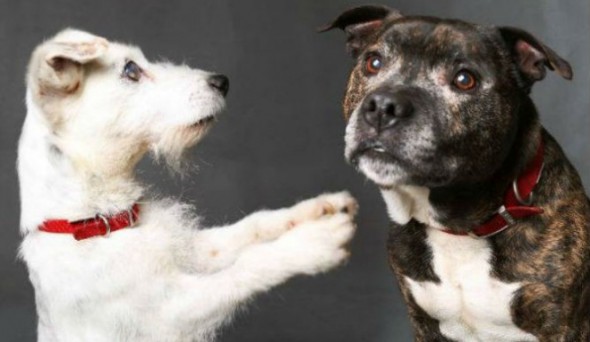 Glenn and Buzz truly do have a special and unique relationship.  Buzz usually will start off a bit ahead of Glenn as they go for a walk, or just get from place to place.  He even uses a bit of vocalization to signal feeding time, and even let’s Glenn finish off his meal for him.  Buzz takes care of his buddy just the same way a dog does for a person.

It isn’t really known how long they’ve been together, or even how long either has been on the street.  It’s also unknown if Buzz has had seeing eye dog training.  What is known is Buzz and Glenn have an amazing relationship, and will need a forever home for two. 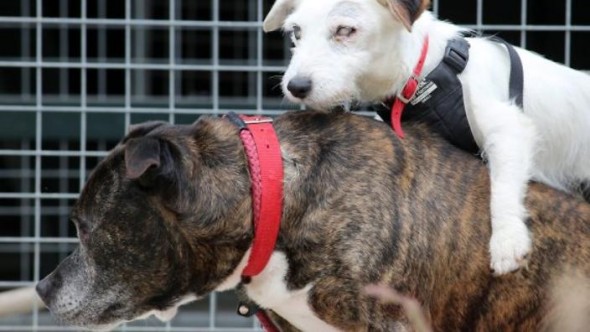 “Buzz and Glenn, two abandoned dogs who were rescued from a sea tunnel in Hartlepool. Jack Russell Glenn cannot see and is guided by best friend Staffordshire Bull Terrier Buzz, who acts as his eyes. See Ross Parry copy RPYGUIDE : These two abandoned dogs need to be rehomed together – because one acts as the other’s GUIDE DOG. The elderly blind Jack Russell and his helper, a Staffordshire Bull Terrier, were found abandoned in a sea tunnel in Hartlepool, Durham, about three weeks ago. Thankfully the unique pair were spotted and are now being cared for at rescue centre Stray Aid in Coxhoe, Co. Durham., where staff are now hoping to find the pals a new home. According to staff at the charity, the dogs – who are thought to be between nine and 10 – may have been abandoned due to their age. Glenn, the Jack Russell, is completely blind so he is guided by Buzz, who acts as his eyes.” – CBS NEWS