Officer Michelle Smith of Anderson Animal Control in South Carolina received a call regarding a homeless dog who had been barking and howling for a few hours, as if he were trying to get someone’s attention.

Officer Smith went to the scene to see what was the matter. When she arrived, she was absolutely shocked at what she saw. 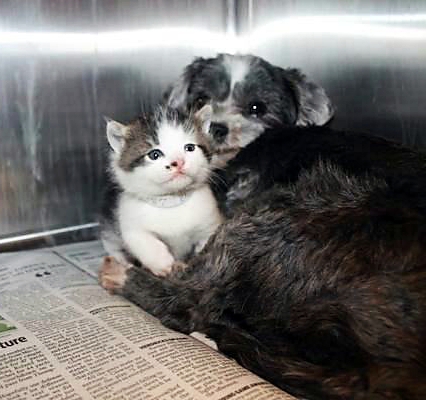 At the bottom of an embankment along a ravine, the homeless dog was nursing a tiny kitten!

Smith knew she couldn’t leave the dog and kitten there alone, otherwise they wouldn’t survive. So she scooped them both up and brought them to a local shelter. 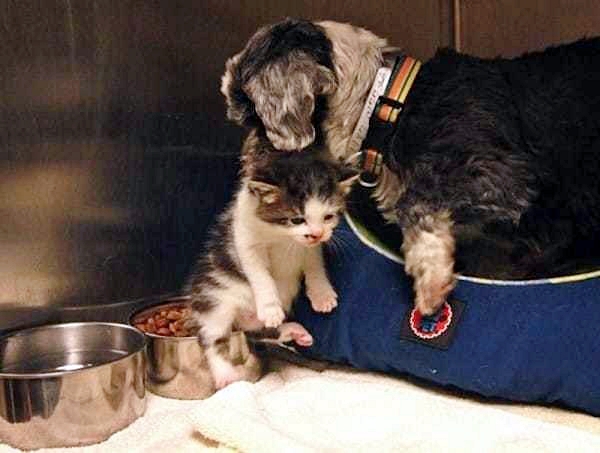 The dog, a five-year-old Shih Tzu, was very protective over the little kitten and acted like her mother. The kitten felt comforted by the dog’s embrace, and the two of them were inseparable.

The most amazing part is that the dog was actually lactating and was able to legitimately nurse the kitten! Although the dog hadn’t given birth, her lactating was a result of a “pseudo pregnancy.” 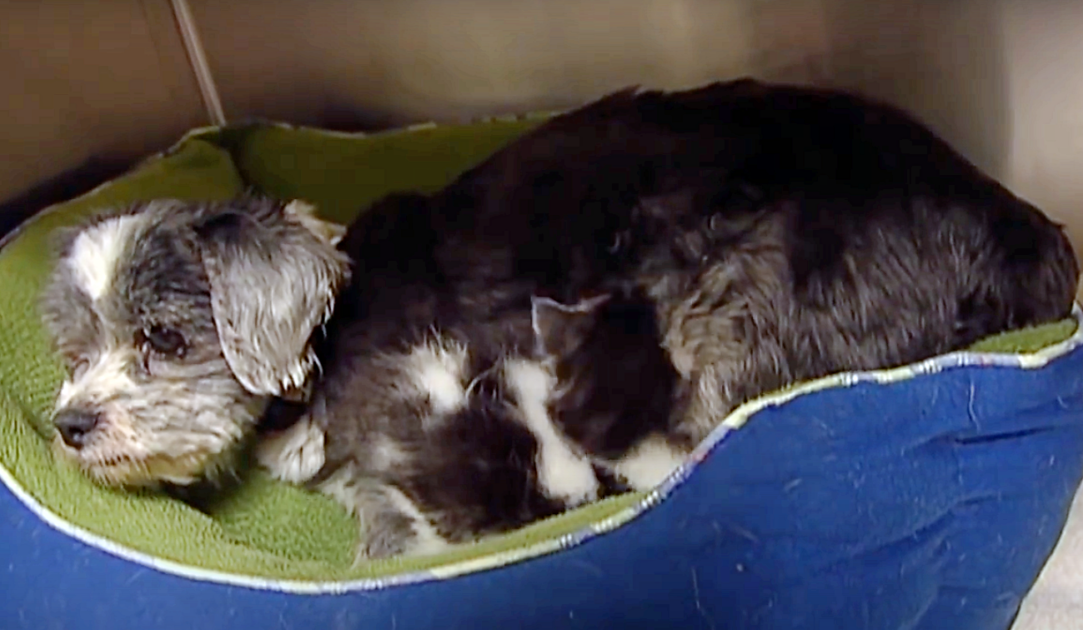 Pseudo pregnancy, also known as false pregnancy, can mimic symptoms of a true pregnancy, including mammary gland enlargement with or without the production of milk.

In this dog’s case, she developed milk, which is the sole reason this kitten survived. The dog literally saved this kitten’s life.

Here the full story in the video below: