Hope For Paws learned of a homeless dog taking refuge in a garage and responded to the call. They met Allison Dunbar, who rescued Rain, at the location and got to work. Allison lead them to the dog’s hiding spot under a shelf. 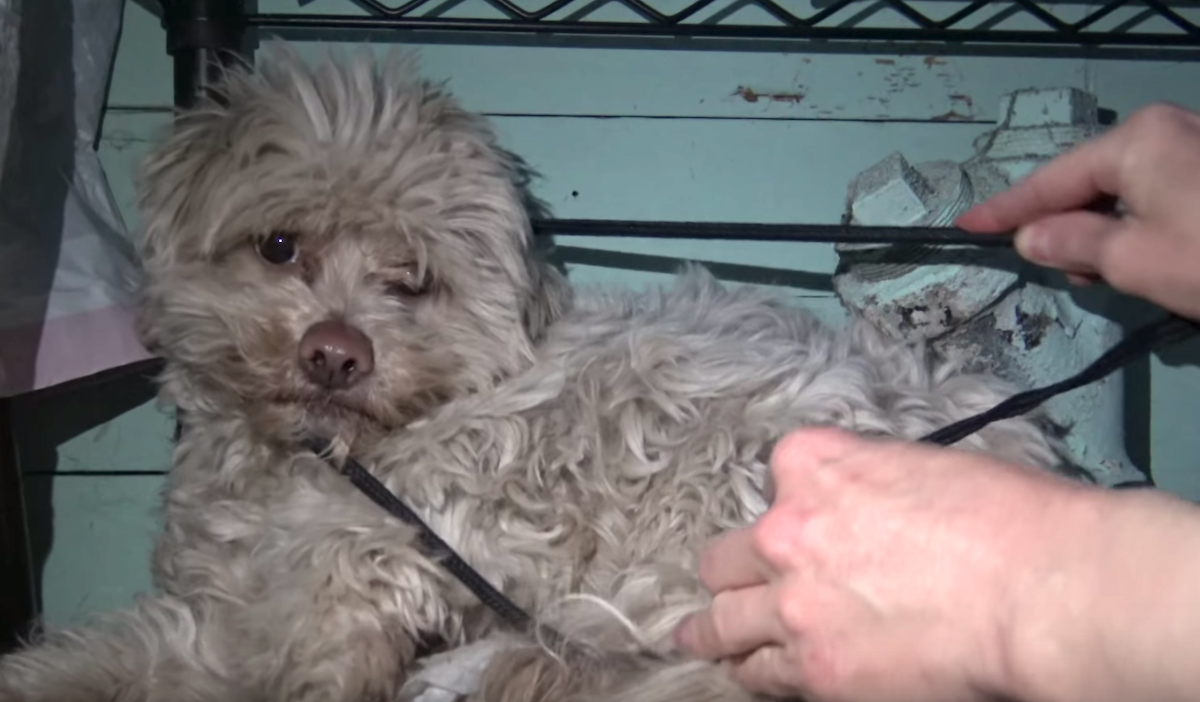 The little dog was so scared and didn’t even want the food they were offering. They’d have to work on earning his trust and somehow make him realize they were there to help. The rescuers used the gentle snare to lure him out and then put the Lucky Leash around his neck. 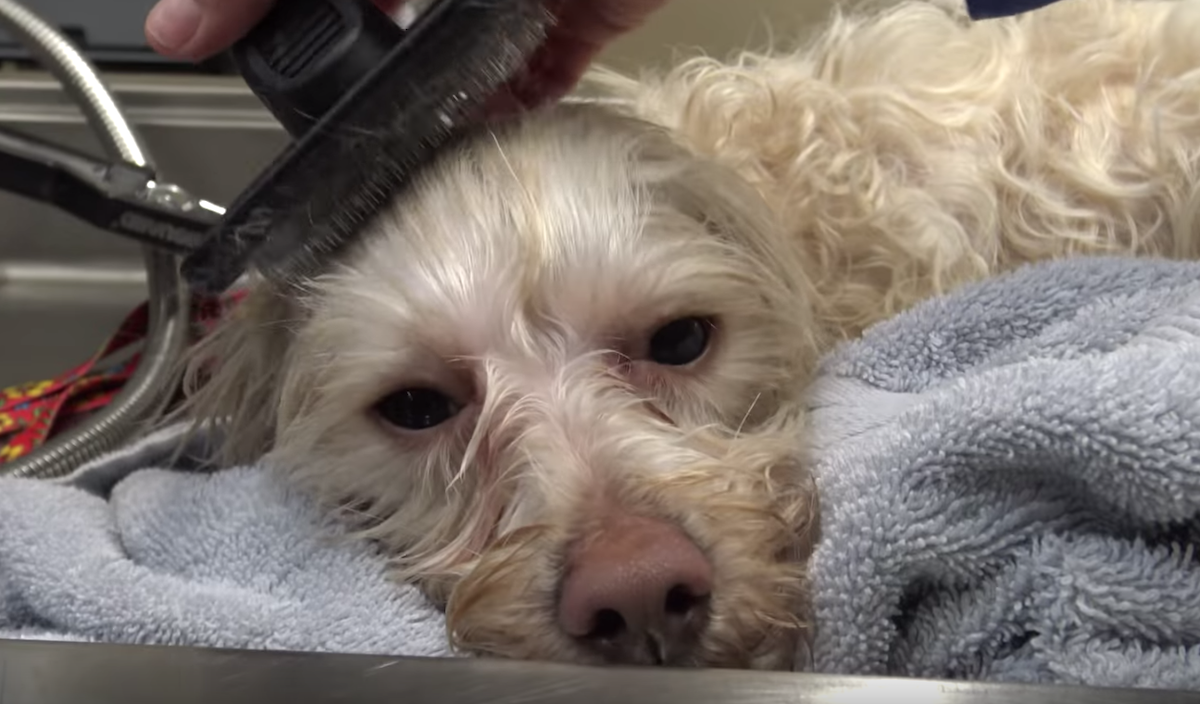 They named him Monkey and took him back for a bath and a checkup. Monkey was coming around a bit and finally able to relax. After receiving medical care, the dog continued on to his foster home with Maltese Rescue California. And it wasn’t long before they found Monkey his forever home! 🙂