Passing by Ellen was understandable because she looked like a pile of trash, and she even had flies and gnats flying around her. 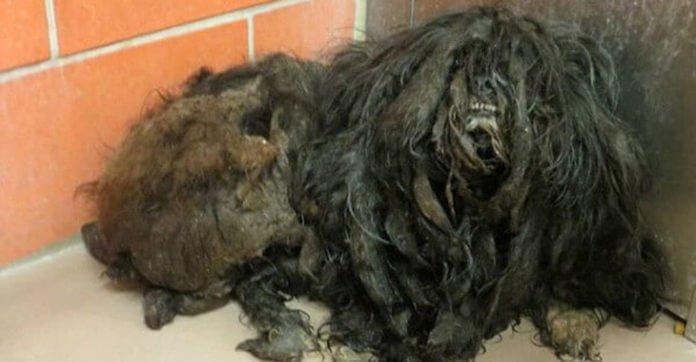 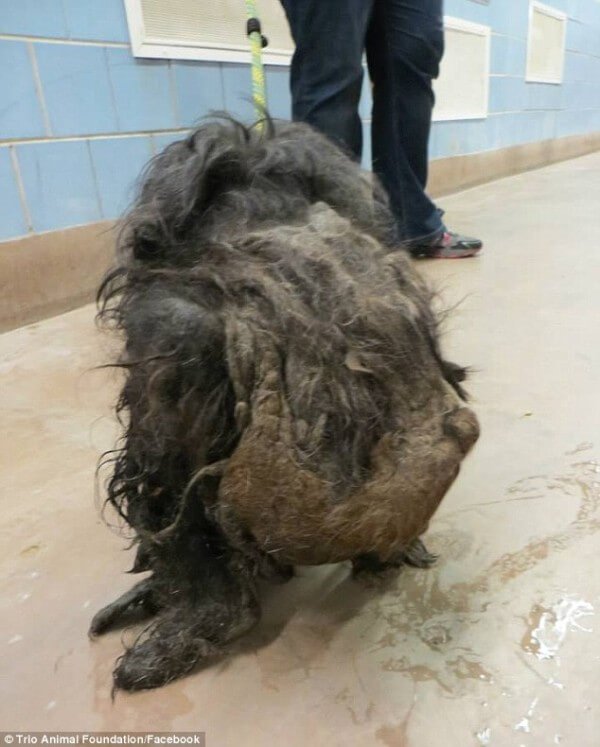 Her fur was matted, soaked in urine and feces, and grown out. 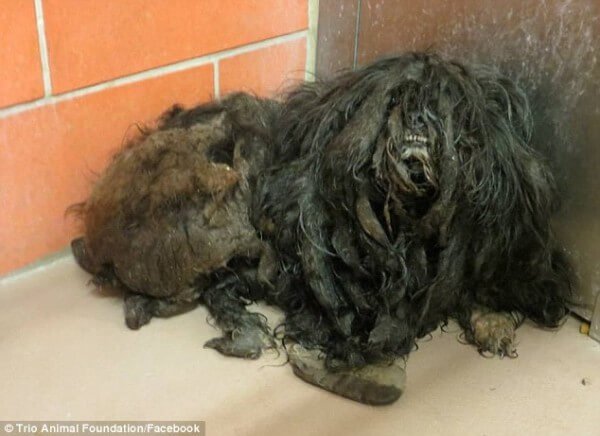 Ellen was rescued and taken to the Trio Animal Foundation. Staff members at the foundation said Ellen reeked of urine. 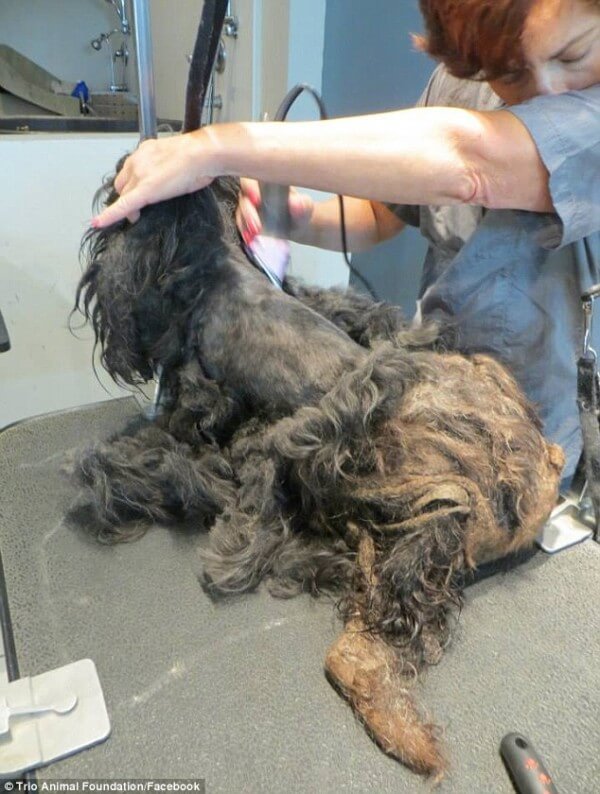 At first, doctors couldn’t tell if she was male or female. Her fur was so matted she dragged her back legs across the floor. 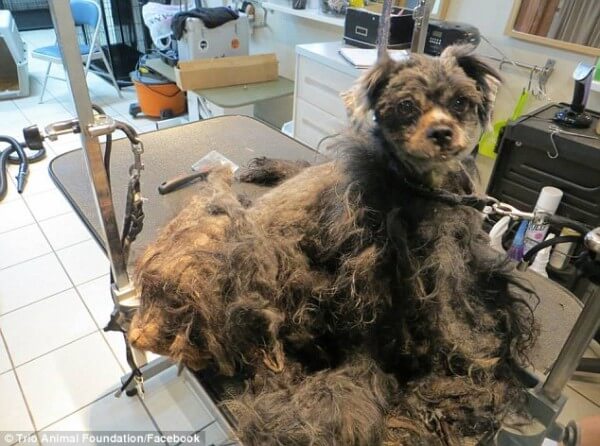 A veteran groomer named Kelli started to work on Ellen. Kelli even agreed to come in early to work to get the excess fur of Ellen’s body. 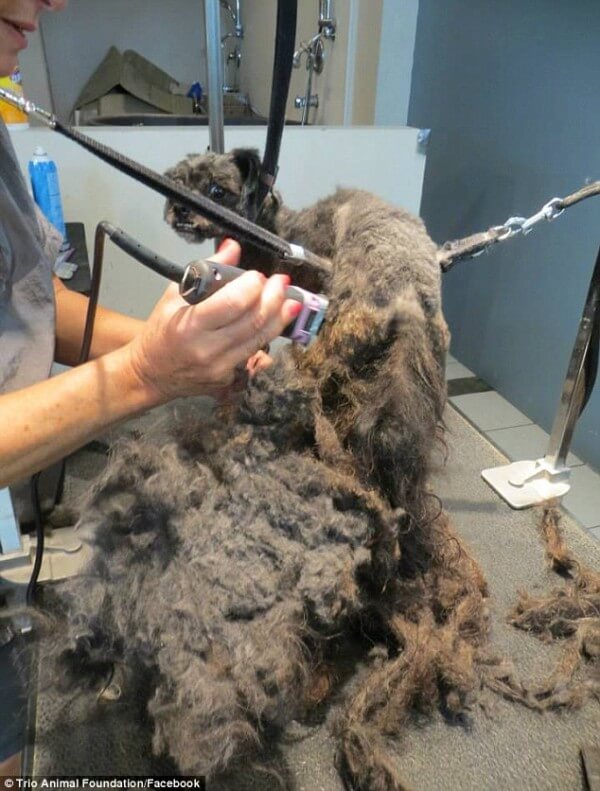 When Ellen arrived, she weighed 8.5 pounds, and two of those pounds were fur (hard and matted). 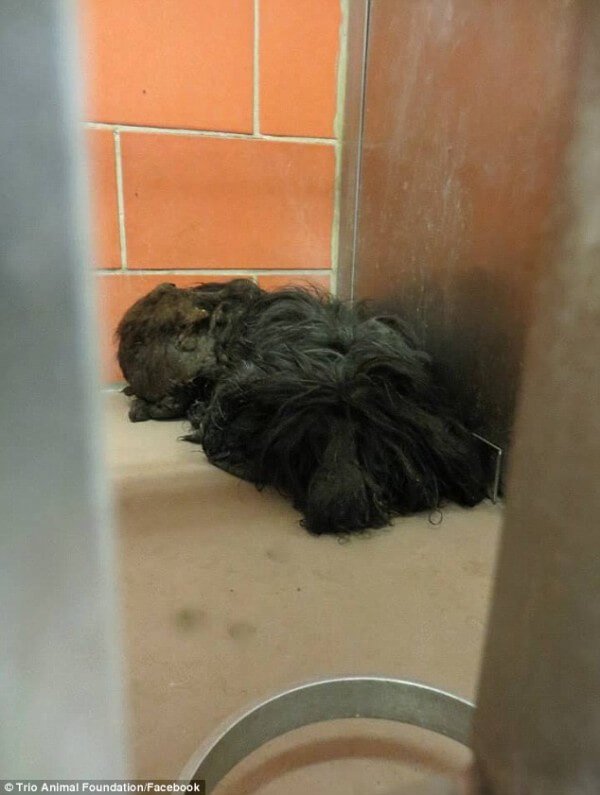 Kelli worked for three hours to get all the matted fur off Ellen. After the first ten minutes, she was given her name, Ellen. Kelli remembers that Ellen looked her in the eyes as if she was saying thank you. Getting all that fur shaved off must have been such a relief! Look at that pile of fur! Ellen’s rescuers say she is a sweet girl with a lot of personality! 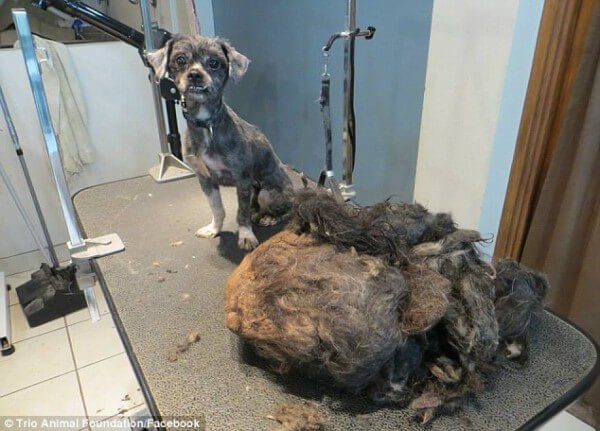 Ellen got a nice bath after her haircut. 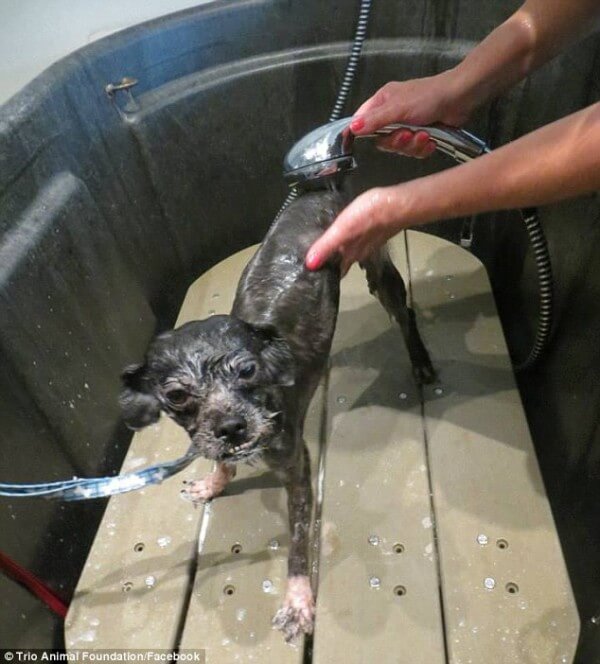 She also got toys, a warm bed, and her first leash. 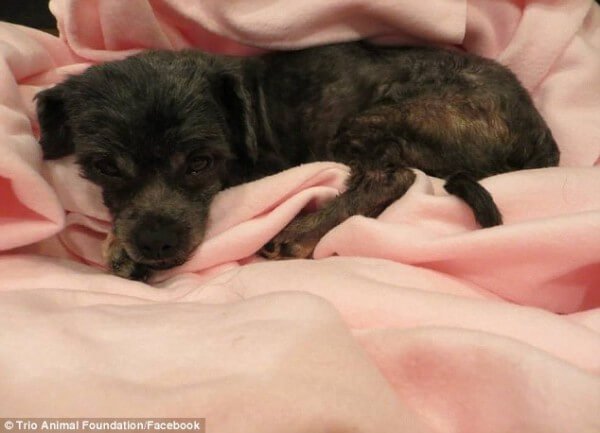 The foundation received a lot of requests from people wanting to adopt her. 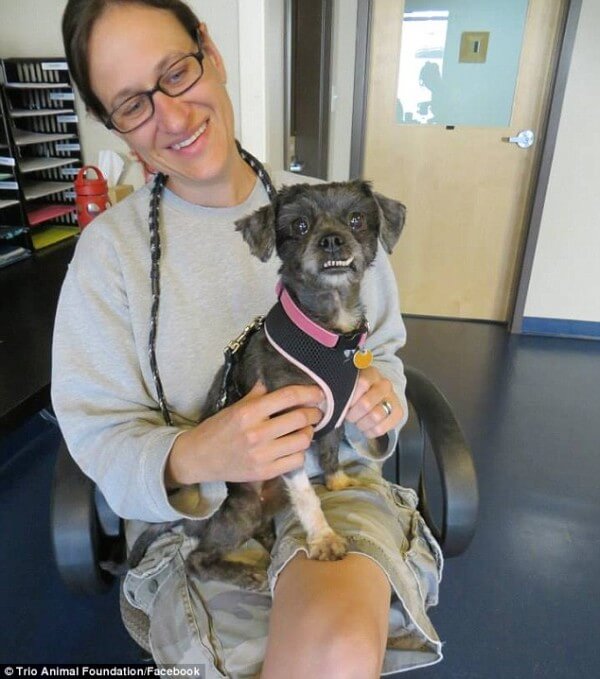 The family she found came complete with a new canine brother named Linus! 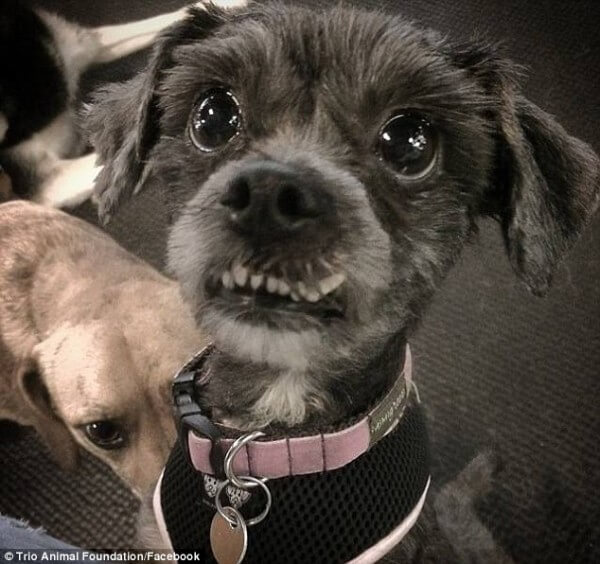 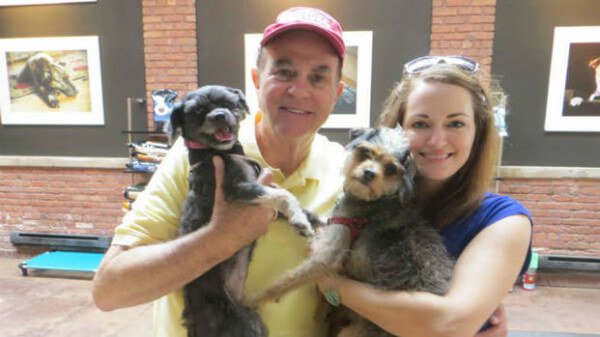 Take a look at this video!