Hope For Paws received a call about a little stray dog who was running on a bridge above a busy freeway.

Rescuers quickly arrived at the scene to try and get ahold of the pup. They wanted to hurry and make sure that he didn’t run into traffic.

As soon as they spotted him on the sidewalk, they went up to him with some food, which he took from rescuers’ hands without hesitation. He allowed them to pet him and even wagged his tail. He was a friendly, sweet pup who was starving for not only food, but also attention. 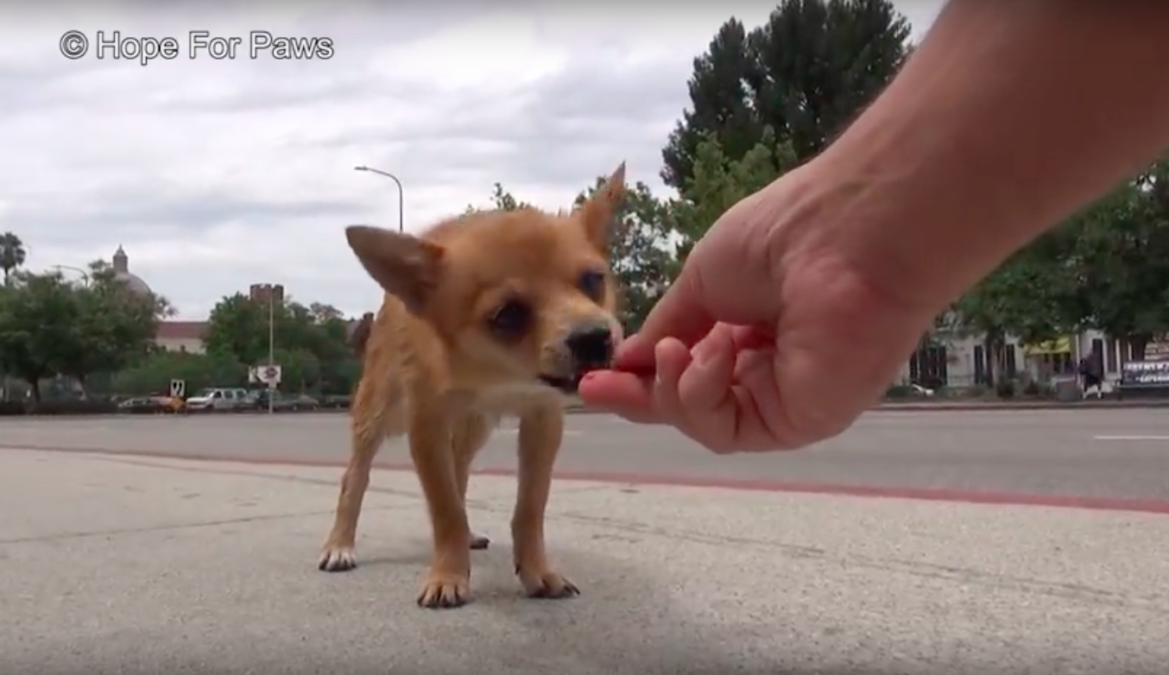 They were then able to slip the leash around him, which scared him a little, but he soon calmed down and took more food. They recided to name him Dingo.

DIngo had a very bad ear infection that was caused by a foxtail inside his ear canal, so one of the first steps was to remove it and give him a bath to get rid of the odor. 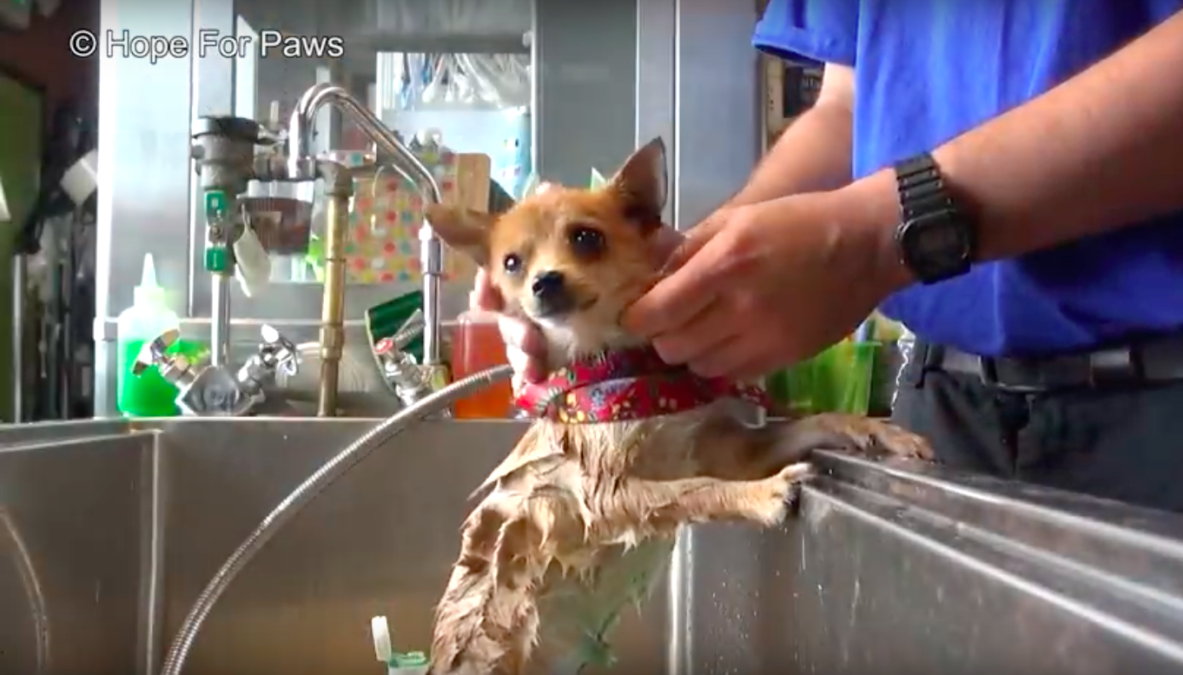 On top of the infection, he unfortunately had Parvo and became very ill in the following weeks. With love and a lot of TLC, Dingo started to heal inside and out. He made new doggy friends, who he absolutely adored.

Once he was healthy, he went to live with a foster through Cuddly Canines. Soon after, he found a loving forever home in Seattle, Washington! He loved his new dad, Jimmy, and his new doggy siblings. 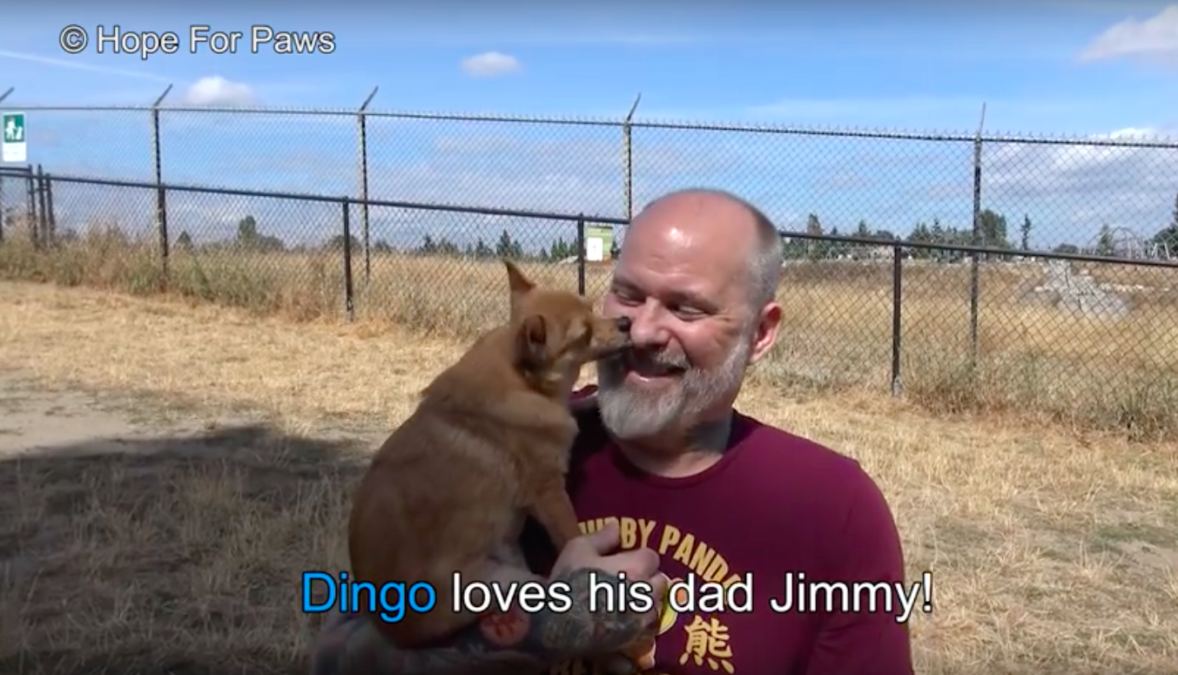 Little Dingo would have died if it weren’t for Hope For Paws and the Good Samaritans who called them. Thankfully he is healthy and happy now and will live a long life!