Though he didn’t have a home for 16 years, he had more than 31 friends. A homeless man who lived in the woods of Natchez State Park in Tennessee had 31 stray dogs who he looked after every day.
Unfortunately, the day finally came where the man was no longer to take care of his furry friends.

That man had fallen ill but would only accept medical attention under one condition.

“His greatest wish and the only thing keeping him from accepting the physical and medical help being offered to him was that he would not leave until he knew the dogs would have a home,” the Animal Rescue Corps wrote on their Facebook page. “He was aware that he could not provide the care or attention that more than 30 dogs deserve and require.” 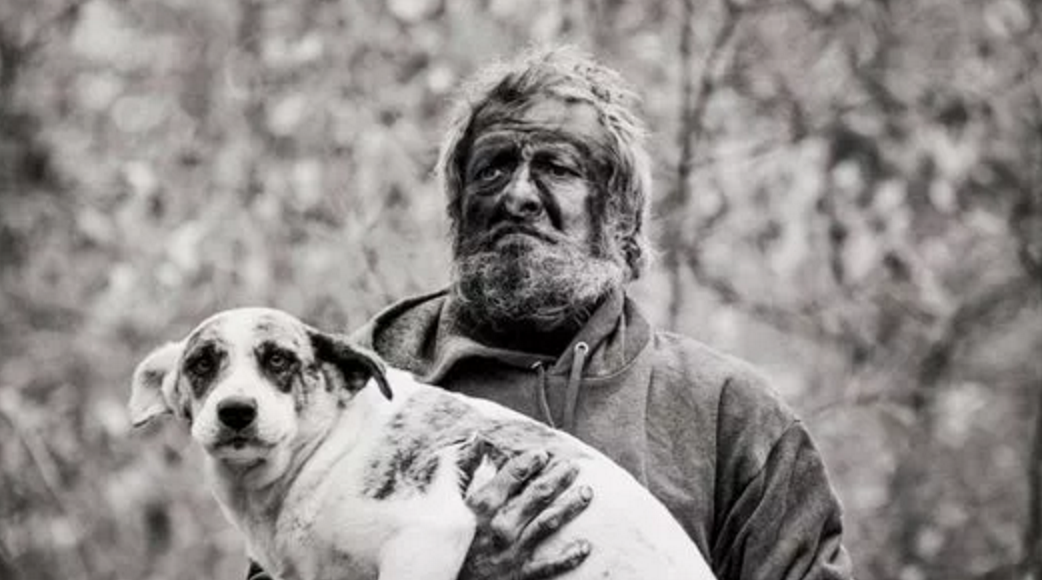 Apparently, members of the community had tried to convince the man to live their ideal of a better way of life. He simply wasn’t interested unless he knew that his dogs would be cared for.

That’s how the Animal Rescue Corps got involved.

Though the man tried his best to properly care for the dogs they all had either internal or external parasites and were not vaccinated. Some of them had broken teeth and three of them had serious leg injuries. 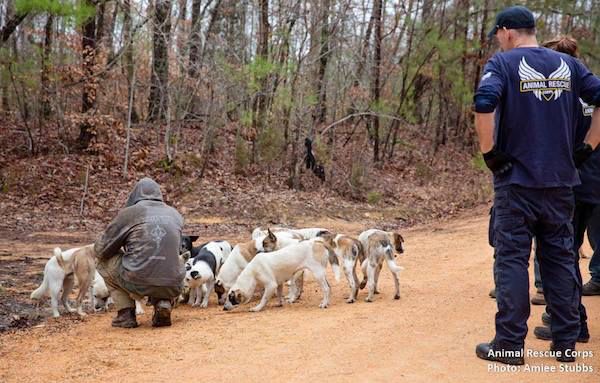 “After recent health issues, he accepted the help of community members and ARC to find homes for himself and the dogs he has been caring for in the woods,” the Animal Rescue Corps wrote.

The Animal Rescue Corp came out to where the man was living an placed each of the 31 dogs into a carrier and brought them straight to an emergency shelter to receive veterinary care.

“ARC will provide daily care until the animals are placed with shelter and rescue organizations that will ultimately adopt them into loving homes,” they wrote on Facebook. 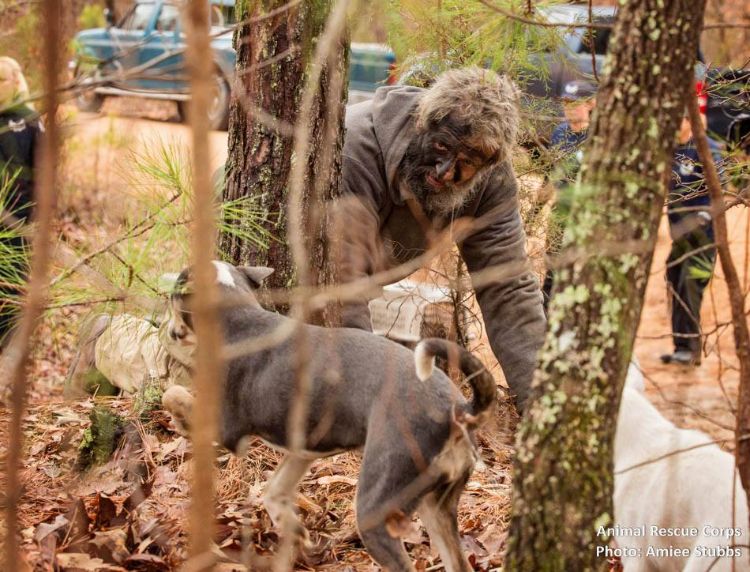 Animal Rescue Corps’ president Scotlund Haisley said that this was a very interesting and unique situation.

“I wouldn’t call it hoarding, and he wasn’t abusing or neglecting the animals for profit,” Haisley told USA Today. “He was providing care for the animals.”

The man, who wasn’t named for reasons of anonymity, is reportedly going to live with a man he had known for many years and will receive necessary medical attention.

“He is very relieved that the dogs will be well taken care of,” Animal Rescue Corps said.

So relieved that he reportedly cried tears of joy as they were taken away. We can’t imagine that this was an easy decision for this man to make but we’re glad that he did make it.