Anthony Rogers is an artist who fell on some hard times and ended up becoming homeless on the streets of Memphis. But he’s not alone in life. By his side is his best friend and pet, Bobo the dog, whom he rescued from a drug house as a puppy. And Bobo has repaid that debt by helping to keep his dad drug-free and on the right track in life. 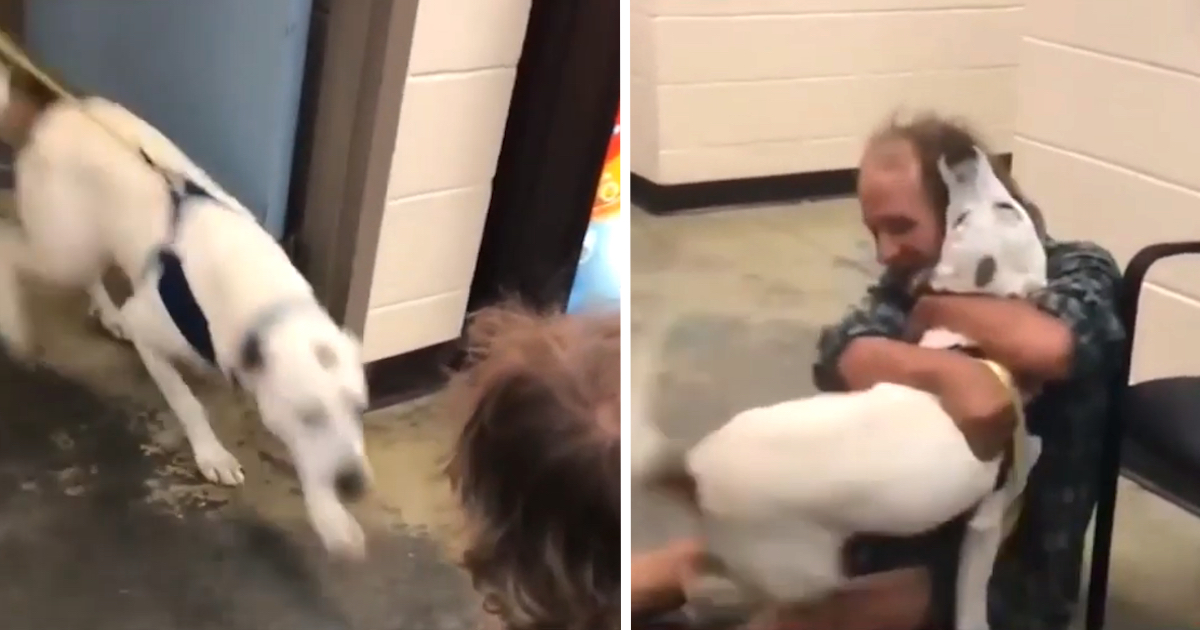 But when Anthony woke up one morning and saw that his dog was gone, he was devastated. He contacted friends and posted flyers all over the city. After a few weeks, a shelter employee recognized a dog who was just brought in as Bobo from the posters. They called the number and set up the beautiful reunion.

Bobo is so happy to see his owner, and you can tell the bond between the two is unbreakable. They mean so much to each other and wouldn’t trade their friendship for the world. And thanks to Utopia Animal Hospital, Bobo was neutered, vaccinated, and microchipped!