A film crew contacted Hope For Paws and reported a homeless pit bull who was injured. A Good Samaritan followed the dog and kept him in sight for an hour until they could arrive. When rescuers got there, their first task was to try to make friends with the dog and keep him from running into the busy road. 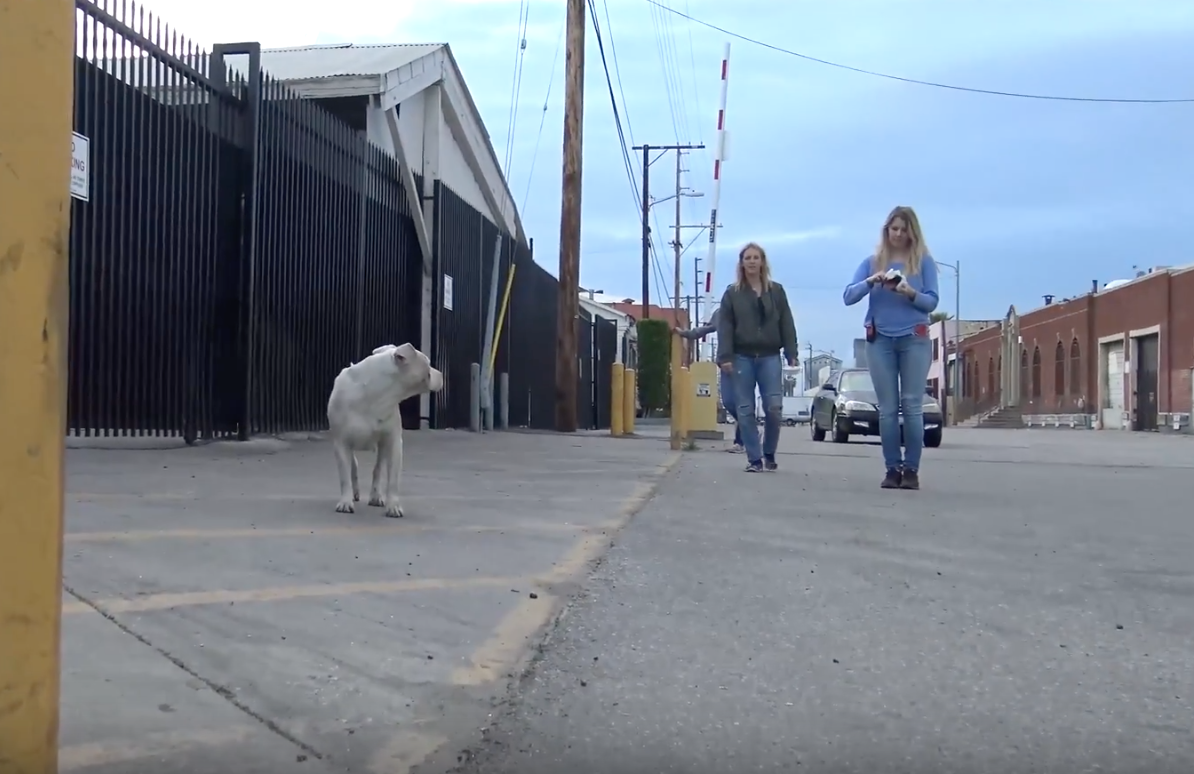 The pit bull was a little hesitant but accepted the cheeseburger they offered him. He was really friendly and allowed them to pet him but became spooked at the sight of the leash. They continued to sweet talk the pup and let him know everything was going to be okay. 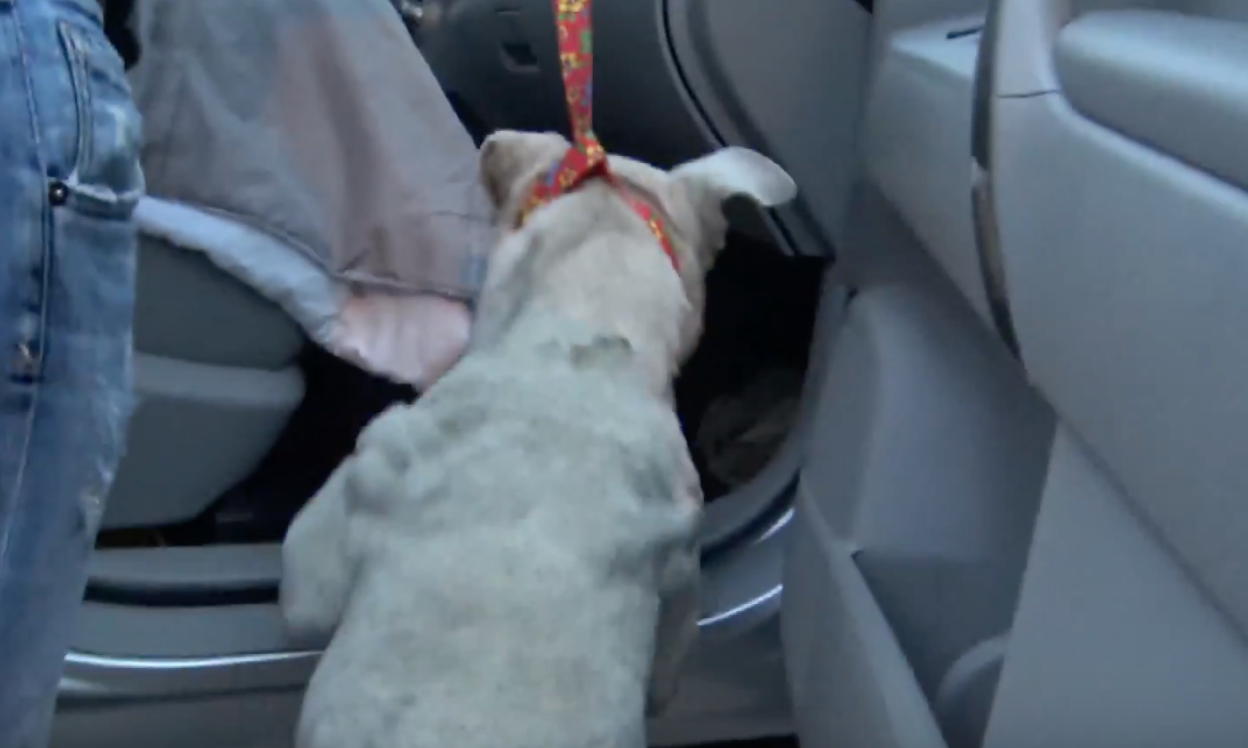 Wilbur stuck around for the food and affection, and rescuers were able to leash him while he was distracted. Everyone was happy to see that the dog was finally safe! 🙂 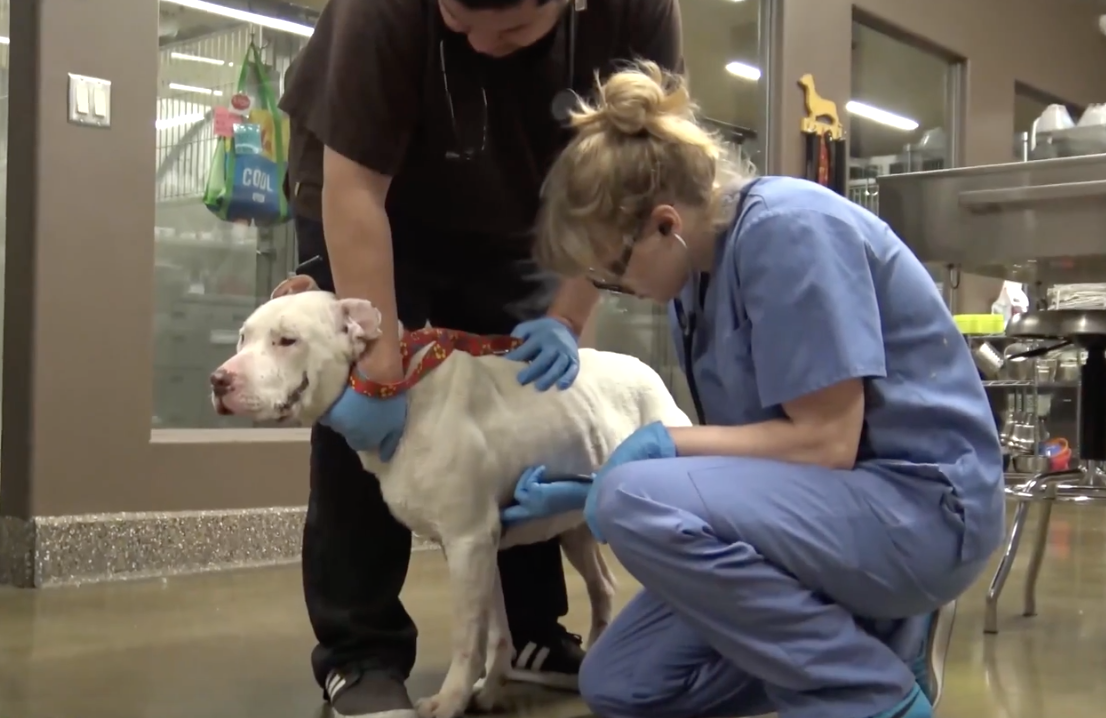 They walked Wilbur back to the vehicle, and what he did next was extremely heartwarming. The dog jumped right into the strange car knowing that he was in good hands and that his life was about to change for the better. He was ready to leave the mean streets. 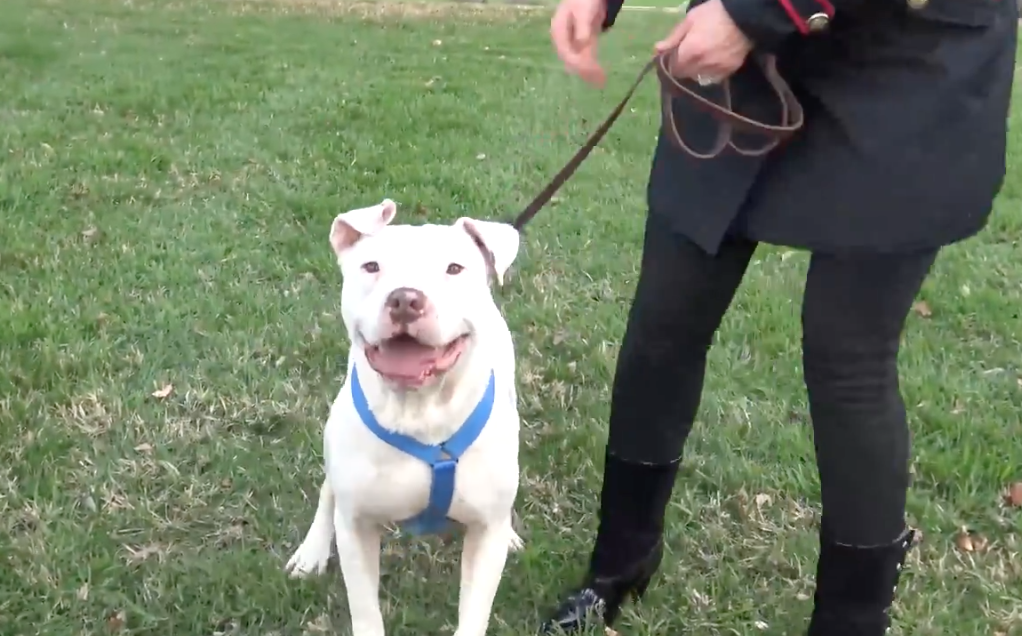 Wilbur arrived at the vet for medical care and was such a good patient. The sweet dog showed nothing but love despite his rough past. Now he’s happy and healthy and looking for a forever home. Look at that smile! 🙂