Who abandoned Ginger? The starving and emaciated St. Bernard was spotted Saturday wandering near the Texas and Mexico borders. She had been alone scavenging for food and feeling very sick; no one knows how long she had been suffering. Rescuers came to help; Ginger is safe.

Rescue Dogs Rock NYC  knew what Ginger’s destiny would be had she not been helped.  She weighed 75 pounds; a dog of her breed should weigh at least 130 pounds.

“We knew her destiny was NOT one where she would wither away from starving to death,” Stacey Silverstein, co-founder of Rescue Dogs Rock NYC wrote on the organization’s social media page. “but one where she could become healthy and have a second chance at a new beginning.”

Ginger has been transferred to Callaghan Road Animal Hospital in San Antonio where she is receiving medical care. Upon arrival, she was dehydrated, full of parasites and very weak. She is currently being administered intravenous fluids and being fed frequent small meals.

Interested St. Bernard adopters are asked to contact Rescue Dogs Rock NYC. Ginger is three-years-old and loves everyone including other dogs. 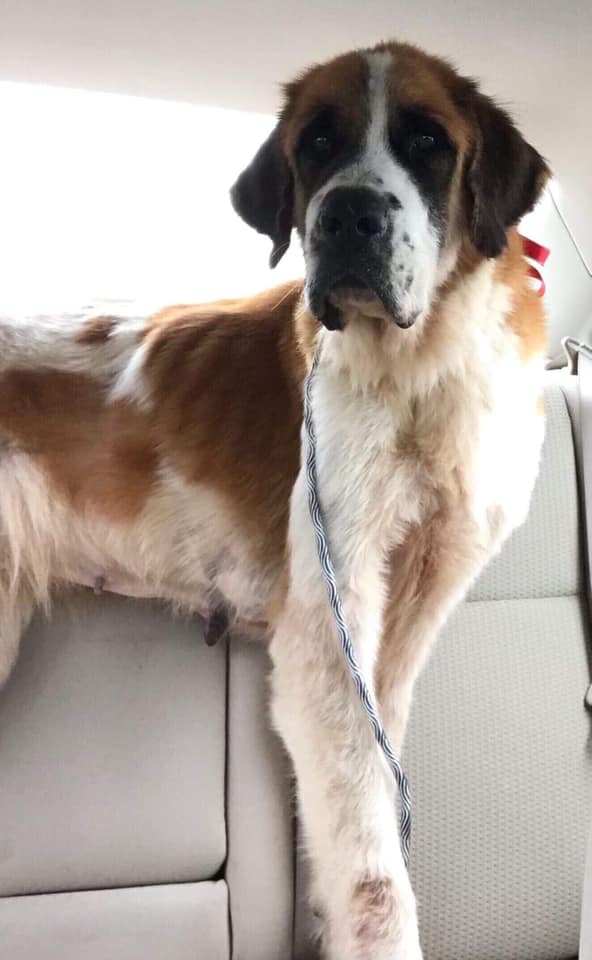