A Washington state woman foolishly thought she’d get some likes on Facebook by posting a photo of her puppy, Ludo, wearing the “Peepee Hat” she made for him after he had an accident in the house.  But instead of shaming her dog, she only shamed herself, and is now being investigated by police after hundreds of complaints were made against her. 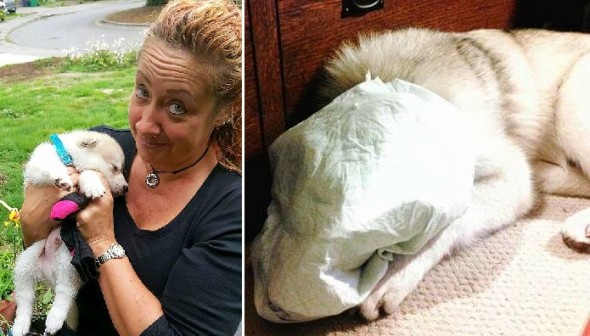 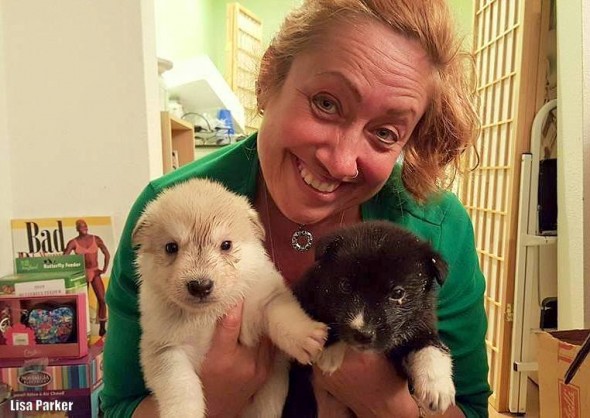 In mid-February, Lisa Parker (ßlink to her Facebook page… just in case you’re interested) posted a photo of her five-month-old puppy Ludo wistfully wearing a urine-soaked pad that had been taped to his head. The photo has since been removed, but some who saw it took screenshots. 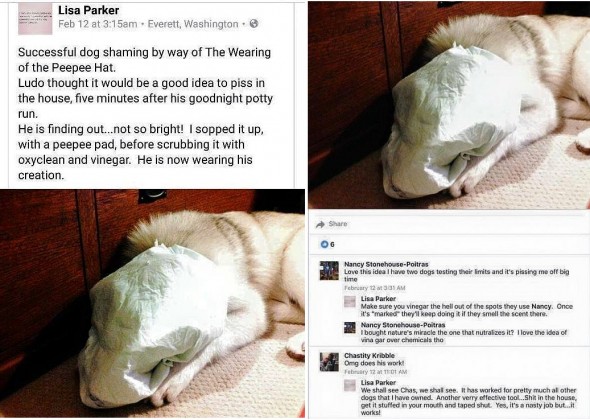 Parker said that five minutes after having been outside, Ludo peed in the house, and as punishment, she soaked up the urine with a pad and then forced him to wear it.  Her friend, Nancy Stonehouse-Poitras, said she loved the idea, and her other friend, Chastity Kribble asked if it worked.  (Both have since made their accounts private).  Parker’s response revealed that she has inflicted even worse abuse on her dogs in the past: 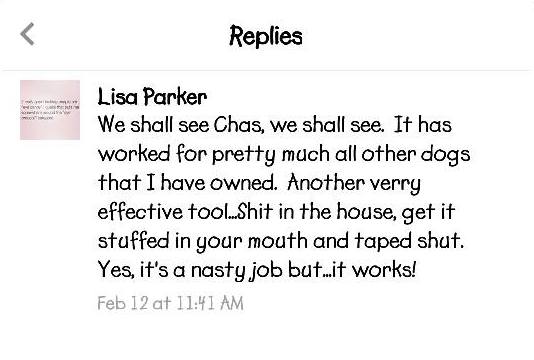 Dozens of people have negatively “reviewed” the Everett Police Department’s Facebook page by demanding that they take action against Parker. In one of the reviews, someone sensibly commented “This dog could have a UTI, stones, kidney problems, etc. Instead of trying to figure out what’s going on, she decided to ‘shame’ him. She has done nothing but shame HERSELF!” 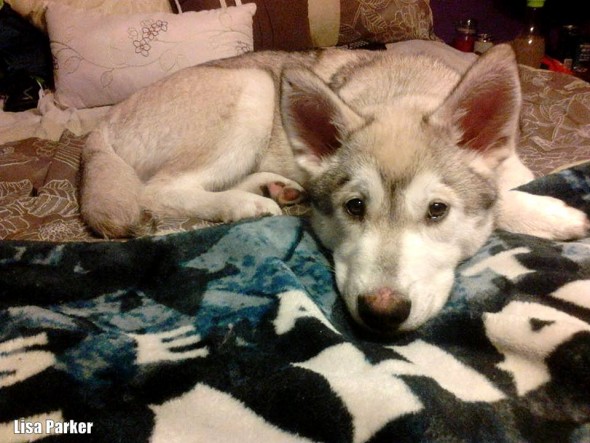 In a post she made about Ludo, Parker said: “Reminds me, a LOT, of his Mamma. So smart, so calm, so personable and friendly, so loving.” Really…. loving. Loving parents – of humans OR animals – do not punish their kids for having accidents by taping urine-soaked pads to their faces, or forcing them to eat their own feces!