Bronx is suffering from membranoproliferative glomerulonephritis (MPGN), and he has one, final wish.  Along with hanging out with his mom and cuddling, one of his favorite activities is swimming.  When Hospets found out about Bronx’s story, they reached out to see if anyone with an indoor pool would let Bronx have his last swim, and thanks to the Embassy Suites, his final wish will come true.

The Embassy Suites in Dublin, Ohio saw the callout by Hospets on Facebook. 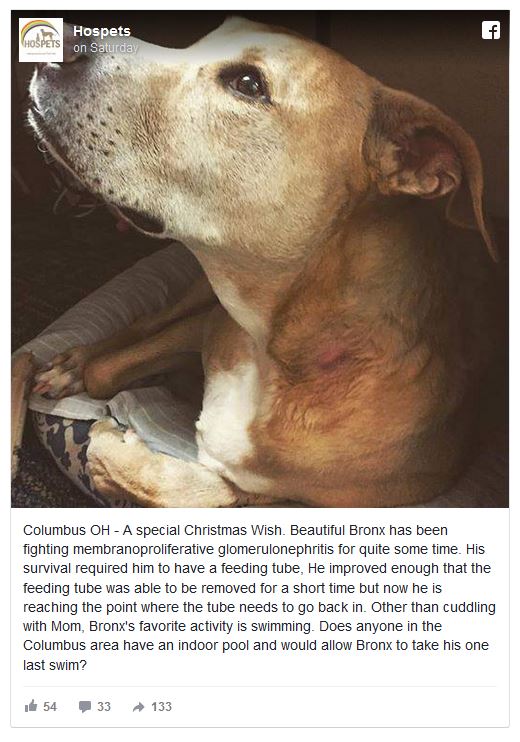 Bronx has been fighting this disease for a while now.  He was getting better, and although he was on a feeding tube for some time, it was able to be removed because he was doing so much better.  However, things have reversed for Bronx, and a feeding tube will have to be put back in.  Once that happens, swimming will be impossible for him.

On Sunday morning, Bronx will be let into the hotel pool area for one last swim.  As Hospets said, other than cuddling with his mom, swimming is number one on this dog’s list of favorite things to do.  One can only imagine how excited he will be once he sees the pool there.