Hank, a 6-year-old Australian shepherd mix belonging to Tiffany and Travis Whitsitt has his formerly few extra pounds and his natural hunting instincts to thank for keeping him alive while lost for 60 days in Wyoming’s French Creek Campground. 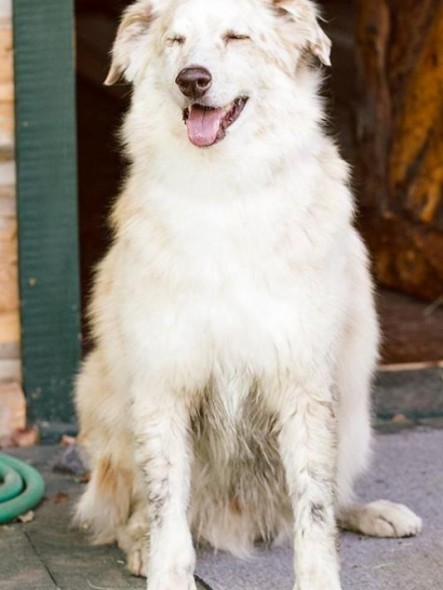 The pet owners are from Fort Collins, Wyo., and in August, they took their dog camping about 60 miles west of Laramie, but according to a Coloradoan.com report, the pet ran away and got lost after getting spooked by gunfire.

The Whitsitts searched for their dog but didn’t find him. They enlisted the help of family members and contacted the local humane society to report their missing pet, but in the end the heart broken couple had to return home without Hank.

For two months, the Whitsitts hoped to received calls with sightings of their dog, but other than one call from a hunter who though he had spotted the dog, the couple had no news of their missing dog.

Knowing  the area was roamed by coyotes, mountain lions and even bears, the Whitsitts believed there was little hope for Hank to be alive. Three weeks after losing Hank a new four legged member joined the family to try to bring happiness back into the empty household.

Home Again, the company with whom Hank’s microchip had been registered called to inform the pet owners that the dog had been found walking along a highway, just an hour-long drive from French Creek. The Whitsitts didn’t want to get their hopes up because they didn’t believe Hank could have survived the wilderness all this long, but they agreed to meet the dog identified as Hank. When they met, tears of joy gushed out because it was true, Hank was alive. 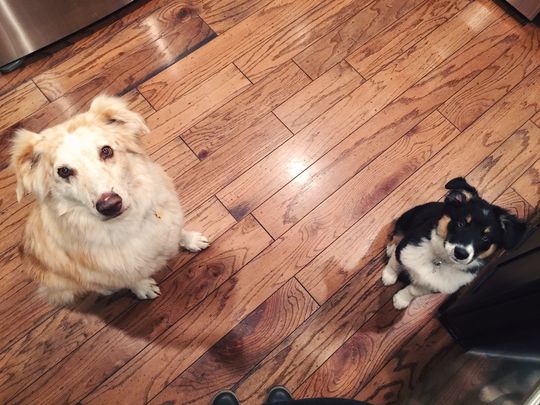 The pet was taken to a vet. He lost about 20 lbs and needed grooming desperately, but the veterinarian who examined Hank ran tests and said he had been surviving on rabbits. His hunting instincts and the few extra pounds he had on when he got lost helped him survive the wilderness.

The Whitsitts are happy their family is complete. Tiffany, Travis, Hank and the new Australian shepherd puppy named Gus.