Roger LeClair of Downey, California has been left devastated, after someone took his dog Lola right off of his front lawn. LeClair is 93 years old, and describes Lola as the love of his life. He doesn’t really want to start any trouble, he really just wants his dog back. 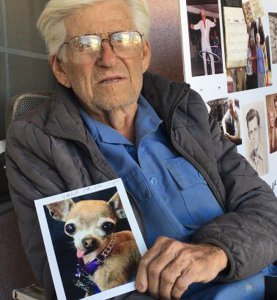 Lola was taken from his yard on the 7600 block of Brunache Street in Downey, which is near Las Angeles.  According to LeClair, a young boy saw a woman in a red car pull up to the home and take Lola while he was on his walk home from school.  When the boy asked what she was doing, she told him that the dog was going to the vet.

No one has seen Lola since that time.  She’s not shown up on any social media sites as of yet, but almost every available person in Downey is looking for this woman in a red car, but more importantly looking for Lola.  The dog happens to be very well known in the area, and many of LeClair’s neighbors and friends are putting up flyers and canvasing the area. 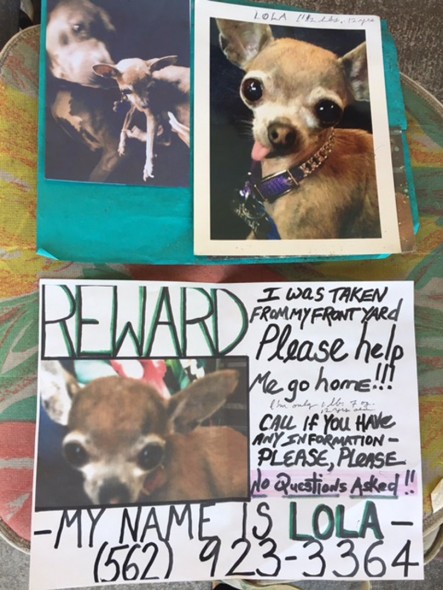 This year hasn’t exactly been the easiest for LeClair.  First he lost his daughter, then he was in a car accident, and now someone has stolen his best friend from him.  As stated before, LeClair doesn’t want to start any trouble, he just wants his dog back.  Anyone with information on Lola’s whereabouts is asked to call 562-923-3364.  LeClair is offering a reward, and says that there will be “no questions asked” as long as Lola is returned to him safely.