The most powerful hurricane ever recorded in the Atlantic Ocean made landfall as it battered the Caribbean Islands moving west as a Category 5 storm of wind and rain. Winds exceeding 151 mph were recorded as the eye passed over Barbuda and Antiqua before the instrument stopped working. It has been reported the nations, although heavily damaged, have survived their brush with Hurricane Irma. 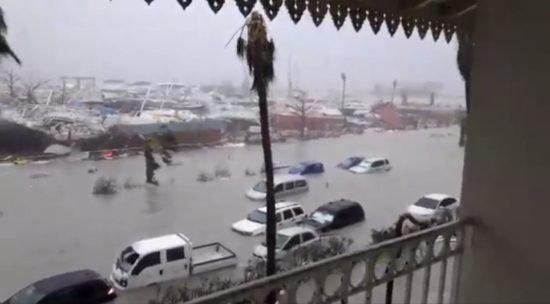 According to Wednesday’s Metro News, the eye of Hurricane Irma passed over Barbuda early in the morning, and local residents have reported phone lines are down thus limiting communication. Debris flying around Antiqua had hopefully kept people hunkered down in their homes or in shelters. As the storm closed in and officials urged all citizens to seek protection, the words “May God protect us all” ended the announcement.

All electricity has been knocked out, and France has requisitioned planes to send in emergency food and water rations. 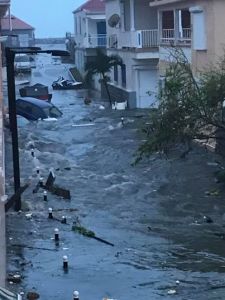 Photos of some of the destruction showing up on local Barbuda news media and social media, show the roof ripped off of the police station forcing officers to flee to the fire station. From Barbuda, Hurricane Irma slammed into Saint Barthelemy (St Barts) and Saint Martin with the coastlines suffering major damage. The fire station in St. Barts is under three feet of water, and rescue vehicles are unable to move. On Monday, more than 11,000 people living in low lying areas on both of the islands were evacuated.

In Guadeloupe, only parts of the island lost electricity, however Annick Giradin, the French minister of overseas territories, “preparing for the worst” expressed her concern that some people didn’t heed the warnings and did not go to secure shelters.

Tragically, the hurricane is nowhere near finishing her reign of weather terror. Other islands she is heading for include the US and British Virgin Islands and Anguilla. The eye of the storm is expected to pass about 50 miles from Puerto Rico later on Wednesday and is expected to dump up to 18 inches of rain in some areas when it hits land. 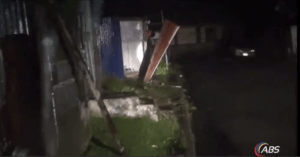 There have not been any storm related deaths as of Tuesday evening, however a 75-year-old man died in Puerto Rico when he fell from his ladder preparing for the hurricane. The storm is expected to move westward by the Dominican Republic, Haiti and Cuba; possibly causing mud slides, storm surges and heavy rains.

Florida Governor Rick Scott activated the Florida National Guard to be deployed across the state, and 7,000 National Guard members were to report for duty on Friday when the storm could be approaching the area. On Monday, Mr Scott declared a state of emergency in all of Florida’s 67 counties. Officials in the Florida Keys geared up to get tourists and residents out of Irma’s path. Everyone in Florida is cautioned to pay attention to all of the alerts. 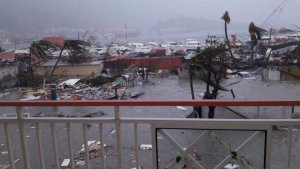 There have been no reports about pets – stranded dogs and cats or farm animals as of this time. Where are they and who will be the first to help save the ones who cannot speak for themselves? Pet Rescue Report will be following the news about stranded pets as soon as it is made available.