Bryce knows how much his wife loves puppies, so he tricked her into coming home from work to drop something off for him in order to surprise her with a bunch of rescue puppies!  Unfortunately, they’re not able to keep them, but each of these cuties is up for adoption. 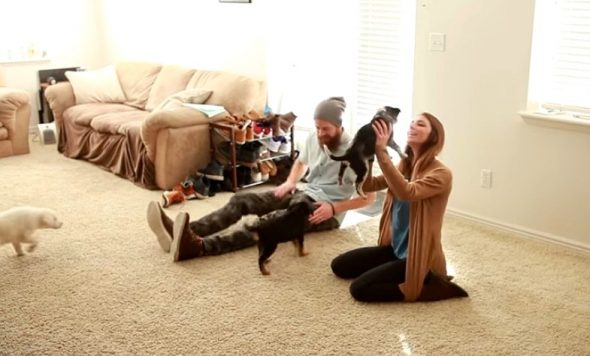 Talk about earning some major brownie points!  In any good relationship, be romantic or platonic, it’s important to remember the little things someone likes, and surprising them unexpectedly with a gift helps to show them that you care.  It doesn’t have to be elaborate or expensive – it’s the thought that counts! 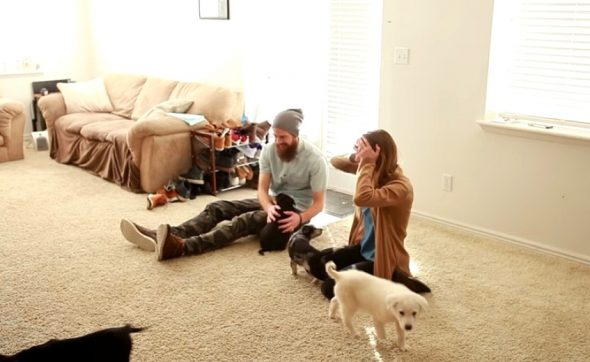 Bryce knows that there are few things on this planet that would make Nellie happier than having a dog.  Their landlord doesn’t allow pets, but seeing as how the carpet was being removed for hardwood floors, he was willing to give them a day pass so Bryce could give Nellie the ultimate gift, however brief it was. 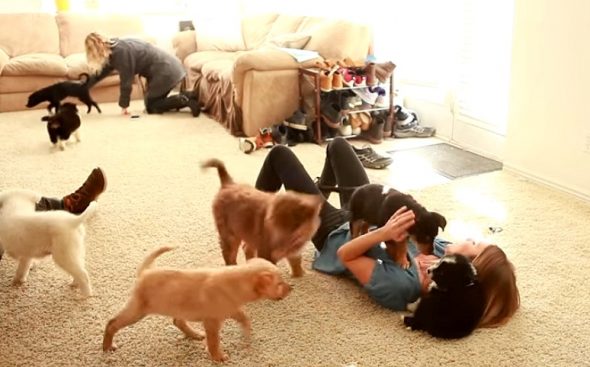 He acquired the lil doggies from Puppies for Rent, a Utah-based pet adoption service that finds homes for puppies in an effort to make Utah a no-kill state.  The system works by allowing people to rent puppies for a trial run to make sure that they are a good match for families.  This is preferable to people buying puppies from breeders and stores that get their supply from horrid puppy mills and then abandoning or killing them once they find out how destructive and how much work pups can be. 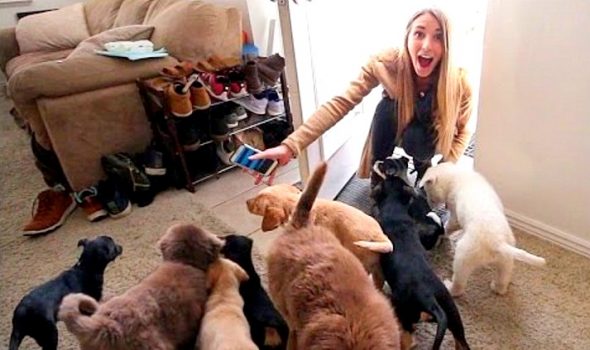 Hopefully with all the exposure, these puppies will all be adopted soon!  And perhaps one day Nellie will have her very own rescue dog for keeps…