Banner is a three-year-old Siberian Husky and medical/psychiatric service dog for her mom, Whitney Braley. When Whitney suffers from anxiety attacks caused by her PTSD, Banner is right there by her side to help out. The dog can also detect migraines and variances in blood pressure and can remove her from crowds to slow her mom’s heartbeat. In short, she’s a lifesaver. 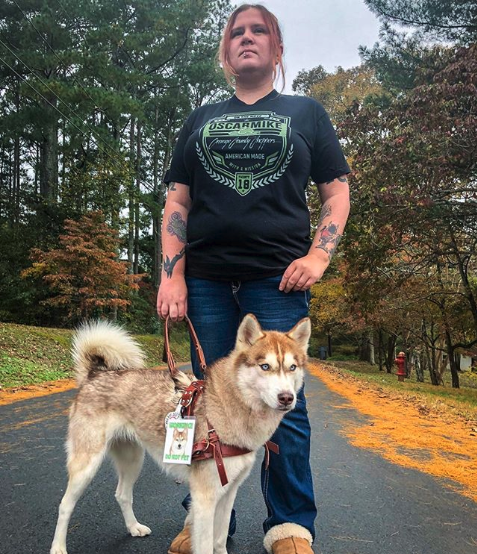 But Banner’s helpfulness doesn’t stop there; it’s also extended to other animals. One day, the dog led Whitney into the woods and circled around a cardboard box when she sensed something was wrong. When Mom opened the box, Banner put her head in and lifted a kitten out! 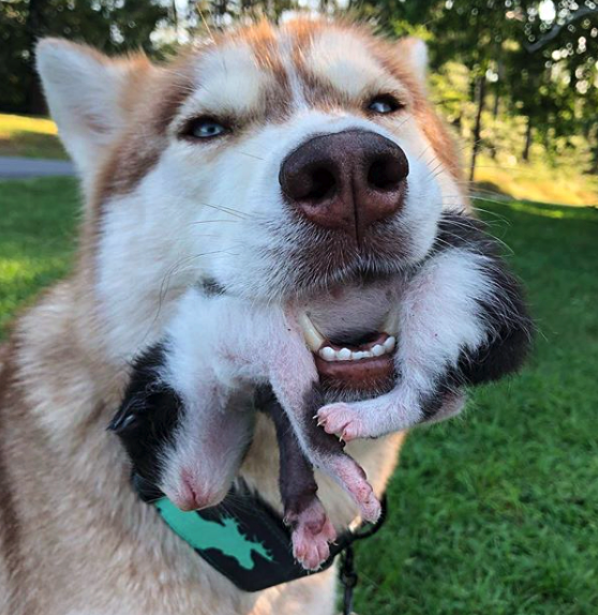 That kitten along with six siblings were stuffed in that box and abandoned in the middle of nowhere. No one knows how they wound up there exactly, but Whitney suspects someone dumped them there and left them to die. 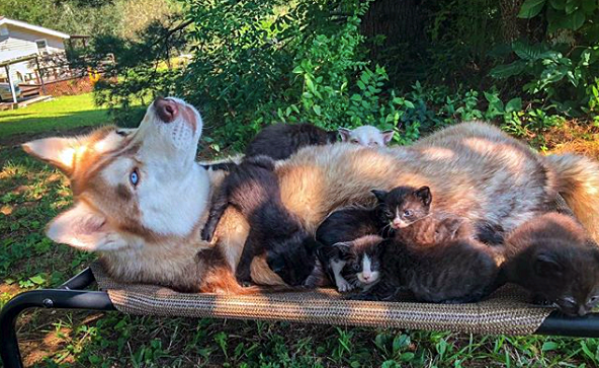 The kittens weren’t making any sounds, and Whitney thought they may be dead. But aside from being very cold, they were alive.

“I don’t even know how Banner knew they were in there,” Whitney told Good Times. “The kittens were freezing and weren’t meowing or anything. She just knew somehow. She is a true hero. If she didn’t find the kittens, they would have all died.” 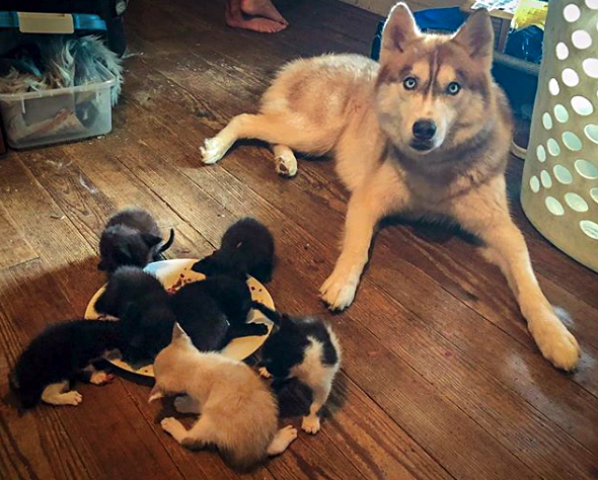 She brought the kittens home to care for them, and Banner was definitely up to help out! The dog acted as their surrogate mother and was extremely gentle and caring with each and every one of them. She constantly watched over them and cuddled with them for naps. 🙂 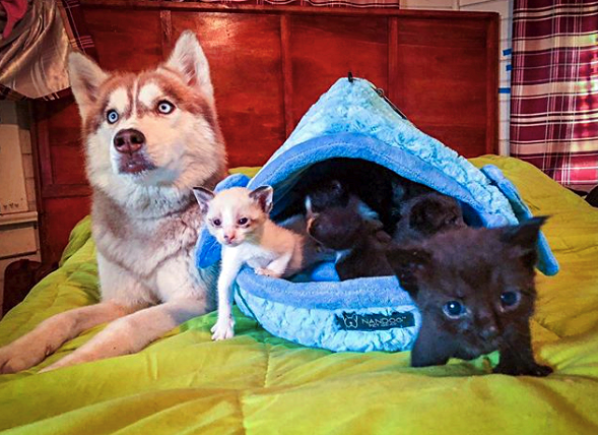 Banner’s helpful nature and motherly instincts saved these kittens and gave them all a second chance at life. After being cared for and properly raised, all of the kitties went on to some loving forever homes!