Are you a morning person or a night person? Do you wake up with the energy of 5,000 suns, or do you like to roll over, hit the “Snooze” button on your alarm and mumble, “Five more minutes”?

Whichever personality you are, you are likely to relate to one of these characters in the video below.
In a Facebook video with over 12 million views, one playful husky wants to play with his big sleeping pig friend. 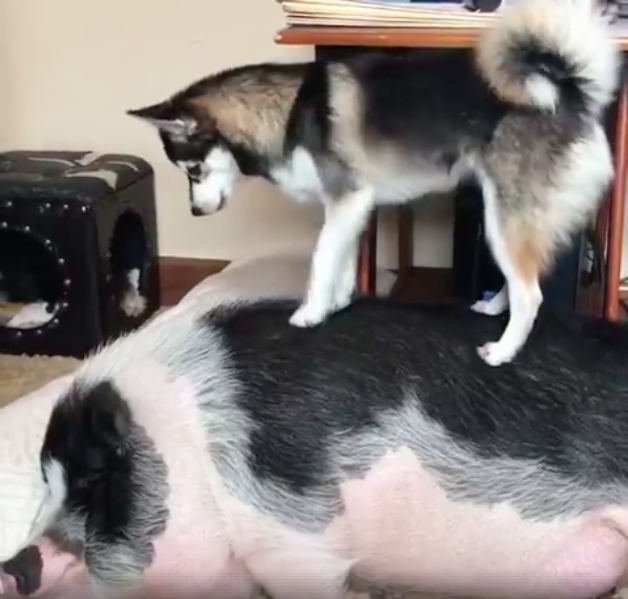 If you own a husky, you know they can be determined and stubborn to get what they want. They simply don’t take no for an answer.

This husky was a perfect example of that as he continuously tries to wake up the sleeping pig.

First, he literally stands on him, but the pig doesn’t react. Next, the husky starts barking, because sound usually awakens sleeping creatures, right? 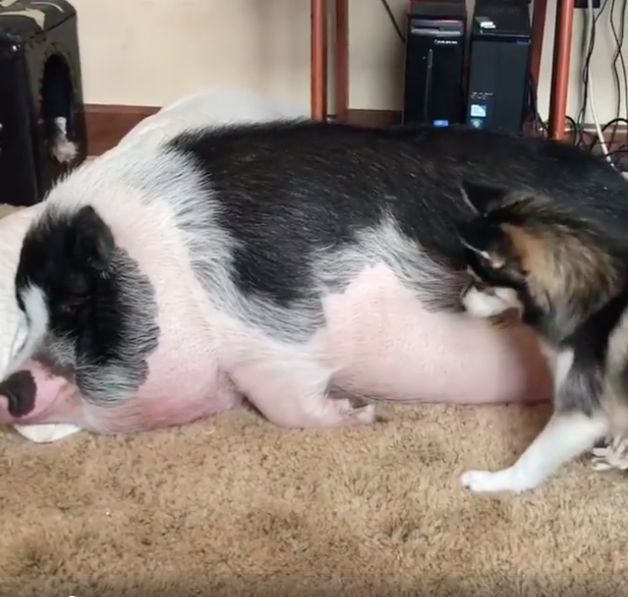 Then, in a hilarious twist, the husky decides to shake him awake. He gets on his hind legs and uses his front paws to gently jiggle his friend awake.

He doesn’t just try this once. The husky, in his determined nature, repeatedly tries to wake up the pig.

But no matter how hard the husky huffs and puffs, the pig will not budge!

Talk about a twist on the classic Wolf and Three Little Pigs story.

But finally, since the husky doesn’t know how to give up, the pig awakens. I wonder how the pig feels being awakened from his beauty sleep?

Check out the hilarious interaction below. The way the dog bounces off his pig friend is so funny to see! What a unique sight from two animals that don’t usually hang out together.