This story proves that dog’s don’t have to be old to be smart. The instints of a loving 8-month-old Malamute named North saved the life of his owner who was injured while hiking in the mountains of Croatia. The fluffy Malamute lay atop of his owner for 13 hours straight while more than two dozen rescuers and first responders arrived at the scene and worked to save this man. 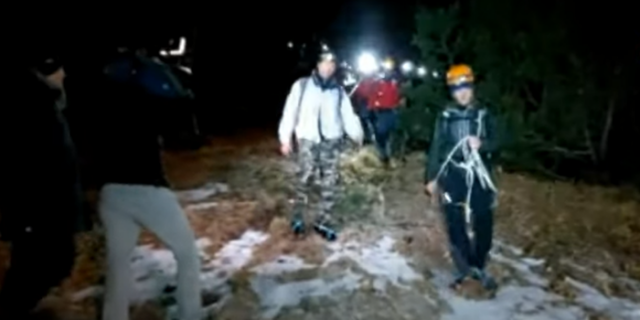 Grga Brkić fell off a snowly cliff and tumbled more than 500 feet downwards and during the fall he severly injured his leg. With a broken leg and lodged in a spot that was highly inaccessable, his fate was looking grim. Emergency services reported that the fall occured while Grga was climbing down the steepest and most inaccessible part of the peak. He was 5,900 feet above the coastline when he fell.

Thank god there were 2 other hikers who saw the pair in deep peril and were able to call on additional rescuers. Both hikers said it was the most challenging and dangerous rescue that they had ever seen. 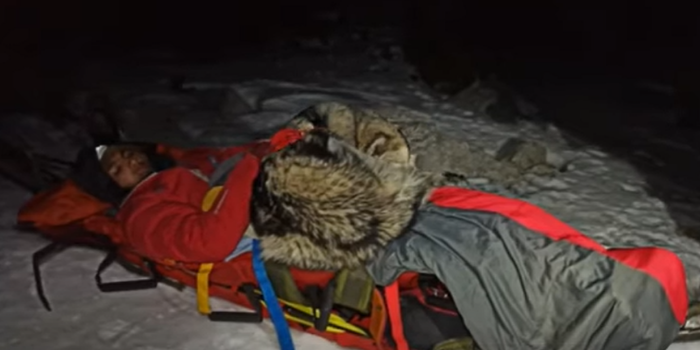 North, the Malamute, undoubtedly saved Grga’s life by keeping him warm and helping him to avoid hypothermia. Even after the incredibly long rescue and ordeal, North refused to leave his owner and remained attached by his side. North remained laying with him even on the stretcher as he was rushed to an emergency helicopter.

“Friendship and love between man and dog have no boundaries,” rescuers wrote in a Sunday post on Facebook. “His loyalty did not stop even from the arrival of the savior … From this example we can all learn about caring for one another.”

Josip Brozičević, head of the Croatian mountain rescue services in Gospić, said this to Total Croatia News. “The dog was curled up next to the owner in the pit the entire time; he warmed his owner with his body, thus preventing the mountaineer’s significant hypothermia who suffered a severe fracture of the lower leg and ankle when he fell.” 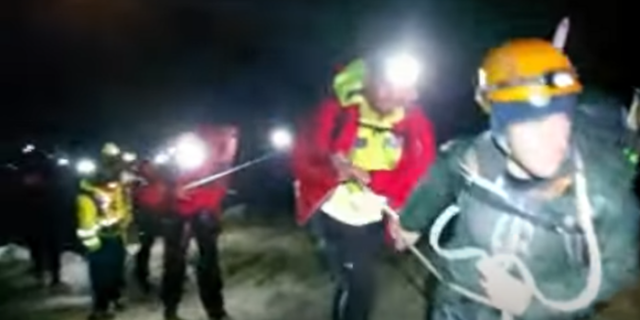 Even though this dog absolutely saved his human’s life, its important to remember that hiking can be extremely dangerous for you and your dog, and we caution against bringing dogs on difficult or dangerous hikes like this.