A dog named Duke got his revenge on his owners for leaving him alone in their 2001 Mercedes-Benz S-Class car. They were only away for a minute, but that was long enough for the dog to climb into the driver’s seat knocking the vehicle out of park. But the dog seemed as if he had some fun!

Katie Nielsen of KPIX 5 reported the events on Twitter:

“A Bay Area couple is having a RUFF Friday!

“Apparently, the dog (seen behind the wheel) was left in the car with the leash on. The leash got stuck on the gear shift, & pulled the car in neutral, allowing it to roll down the street into the wall. 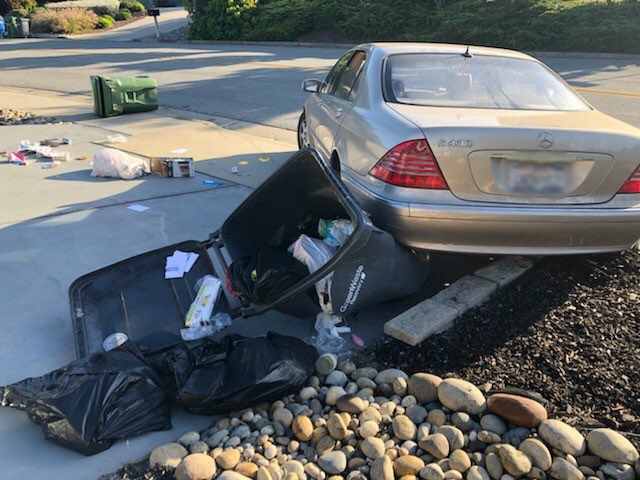 The family’s neighbors, Janie and Jim Black, saw it unfold from their home and took the pictures of the aftermath. The car rolled backward down the driveway and crashed into a block wall outside of their home bringing the vehicle to a stop. Lucky for Duke!

“UPDATE: The joy-riding doggo is named Duke. No dogs or humans were hurt, but the trash cans have definitely seen better days.” 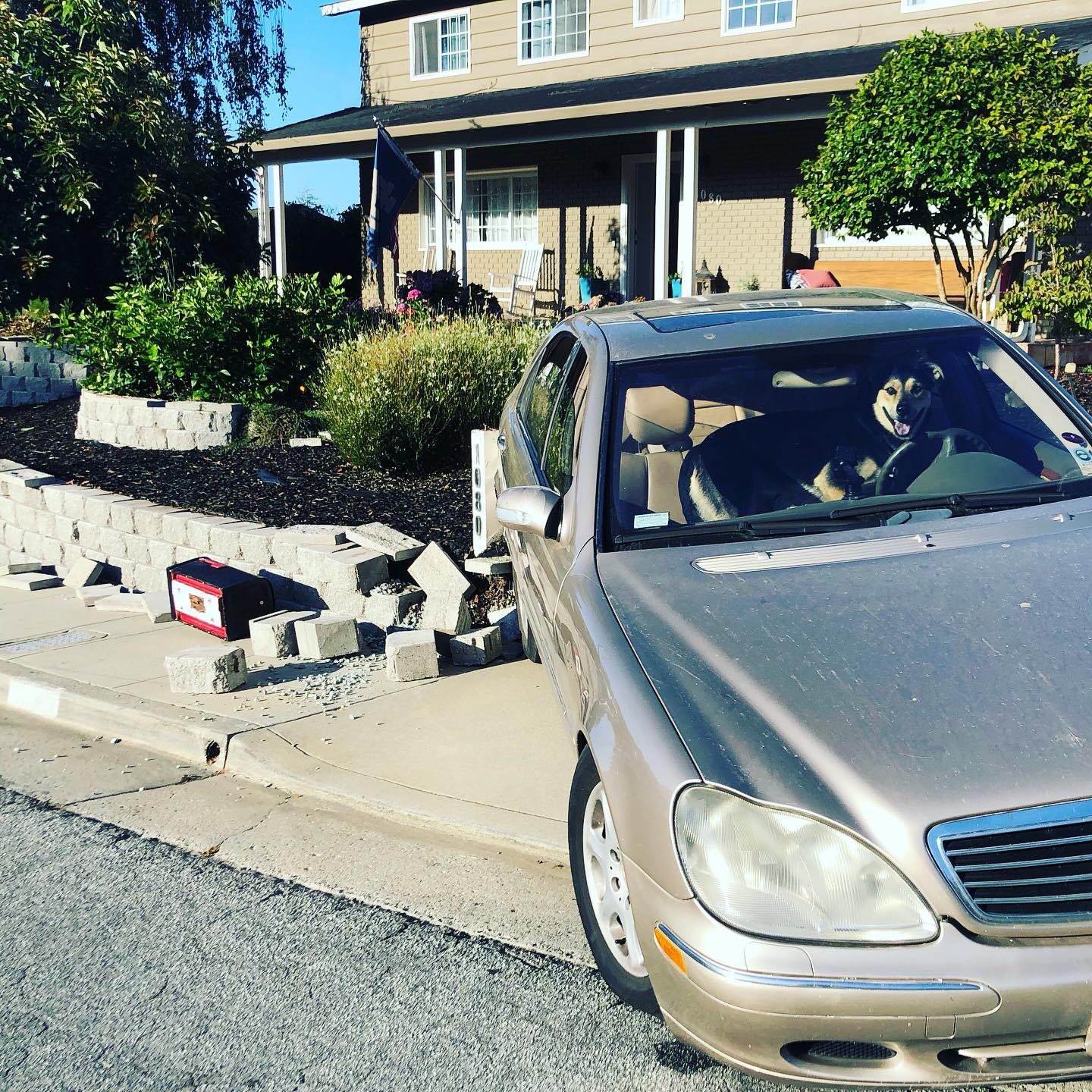 Since no one got hurt we can laugh about this now, but it’s just another reason a dog should never be left alone in a car. Hopefully a lesson learned for this family!