If you’re a frequent follower of our page, then from time to time you see one of the many wonderful rescue dogs from Trio Animal Foundation, and watch as they go from injured and alone to healthy and loved, often with the help of one of their therapy dogs. Antler is one of the best helpers they have, and how she came to be that way is a story not to be missed. 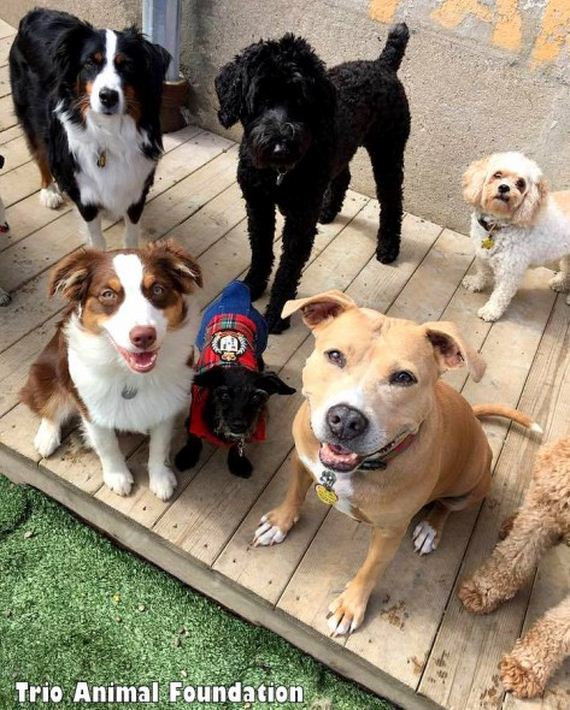 On 12/16/11 the Trio Animal Foundation was called about a homeless mom and her puppies that were brought into a local open access facility. The shelter was already filled to capacity and there was nowhere for this mom and her puppies to go. The story of this loving mother was truly heartwarming and inspiring. 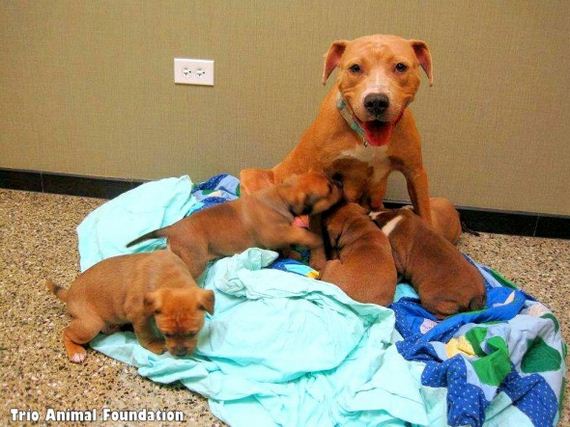 A Chicago police officer saw Antler go into an abandoned building. The officer and her partner followed Antler and were shocked at what they found. As the officers climbed the stairs to the attic, they witnessed a beautiful and touching sight. Antler had her five puppies safely tucked away in a suitcase. This loving mother was smart enough to bring her puppies to a location that was out of reach from the elements and was smart enough to find a safe place that would keep them warm and together. 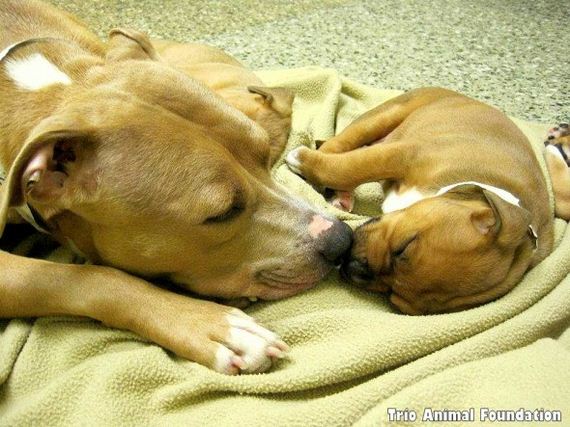 Thankfully, these Chicago police officers had hearts of gold and brought Antler and her five 5-week-old puppies to safety, out of the cold and snow. 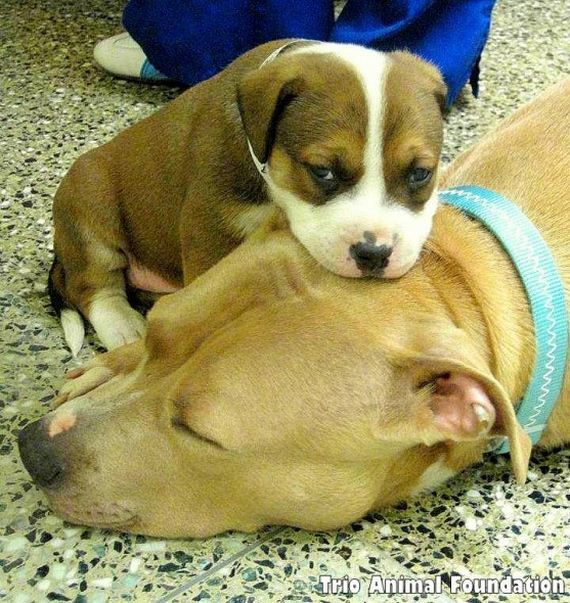 Antler and one of her sons, five years later.

When TAF was called, all hope had been lost as to what to do with this family. Honestly, when we were first called we said that TAF couldn’t help. After about an hour or two of obsessive thinking and worrying, we called back and said that we would take them. 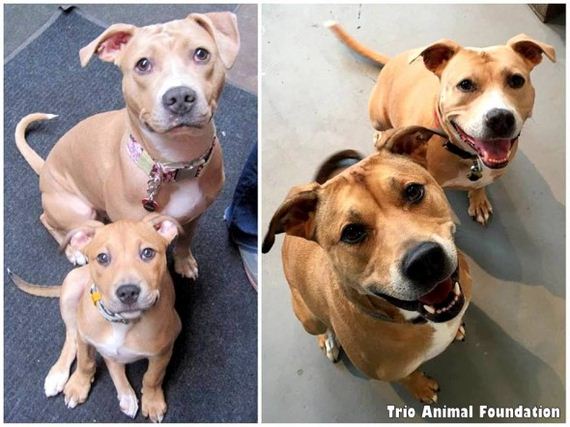 Antler took to caring for future TAF therapy dog Hippo as easily as she did her own brood.

Once we had the family safely at the vet, it was discovered that the Antler had been hit by a car and sustained injuries. To think that this stoic mother was in constant pain and never left the side of her puppies was truly amazing. Even injured, she made it up those stairs and cared for her babies. 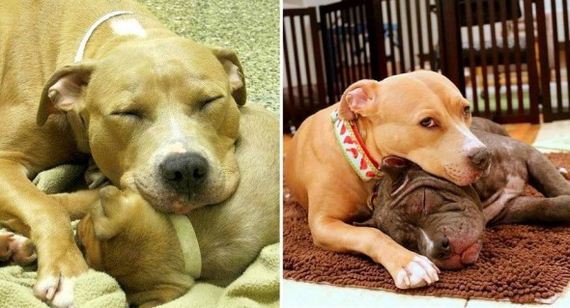 We decided to name this loving mother Antler. Antler was the name of a luggage company and was fitting since it was the week before Christmas. 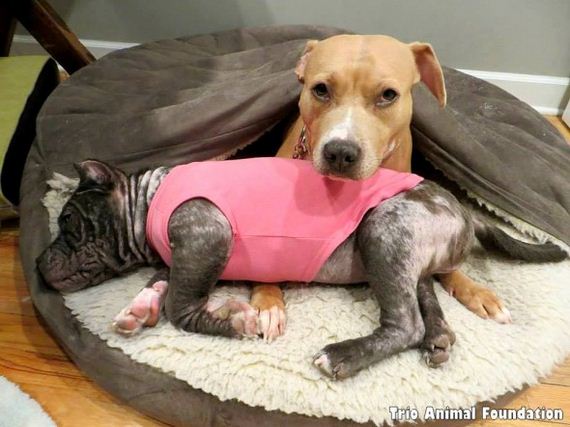 As fate would have it, weeks later, Antler’s puppies were stricken with parvo. Sadly, two of her puppies did not make it. Once her remaining three puppies were old enough to find their forever homes, Antler was left alone. For some reason nobody wanted her. 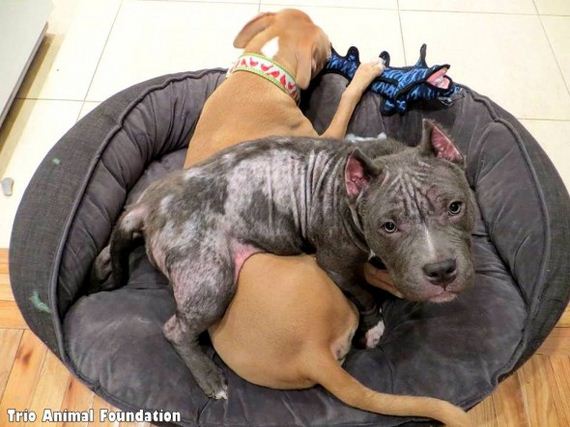 Since the passing of TAF’s namesake Trio, my home had not been the same. My dogs Geiger and Gambit continued to walk around looking for her weeks after she passed. Gambit would even go to where his best friend used to sleep and bark into the air as if he were calling for her. Needless to say, there had been a dark cloud of sadness since our baby girl left us…. Trio was the glue that kept our family together. 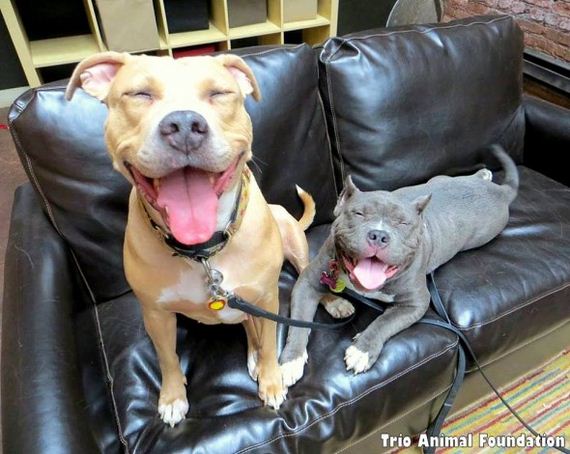 I had been thinking that maybe I should start looking for a gentle and loving female dog that could bring happiness back to my boys as well as look after the sick dogs and puppies that TAF takes into our program. Then, it dawned on me that the dog that I had been looking for had been in the care of TAF the whole time. 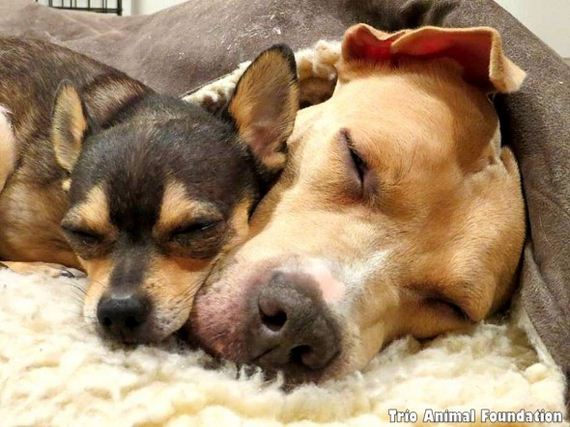 It was then that Antler became part of the TAF family. Antler has been looking over the abused and forgotten babies that TAF has taken into our program ever since… she is so incredibly patient with them, too! We are so blessed to have her in our lives. Even though Trio is irreplaceable, we couldn’t think of a sweeter soul to pick up where she left off.  –Sue, Antler’s Mom 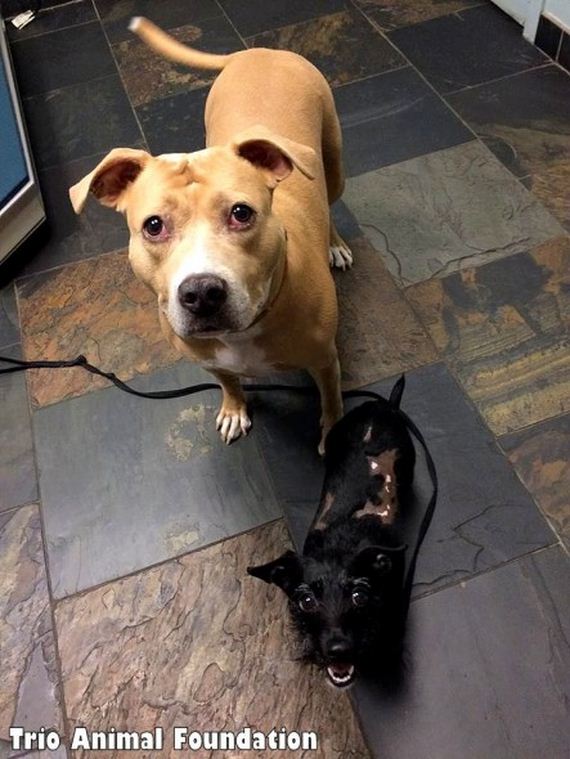 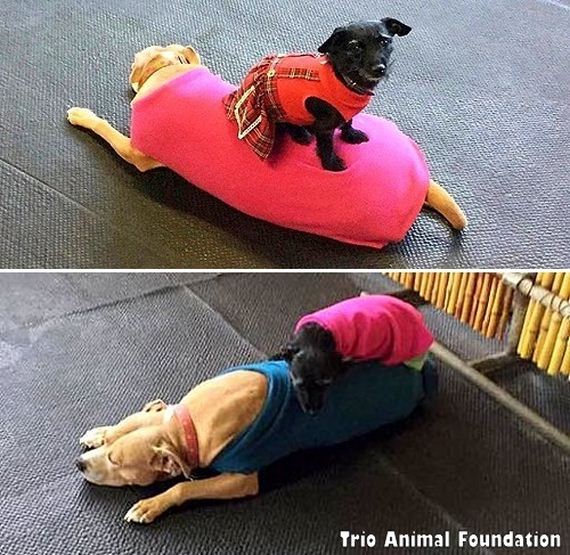