Injured and traumatized, an abused kitten remains in the care of an emergency veterinarian. The kitten, named Freya suffered three broken legs; each with multiple fractures. A new foster home, where Freya had been staying, insisted the kitten had “jumped out of her boyfriend’s arms” and wasn’t acting right. 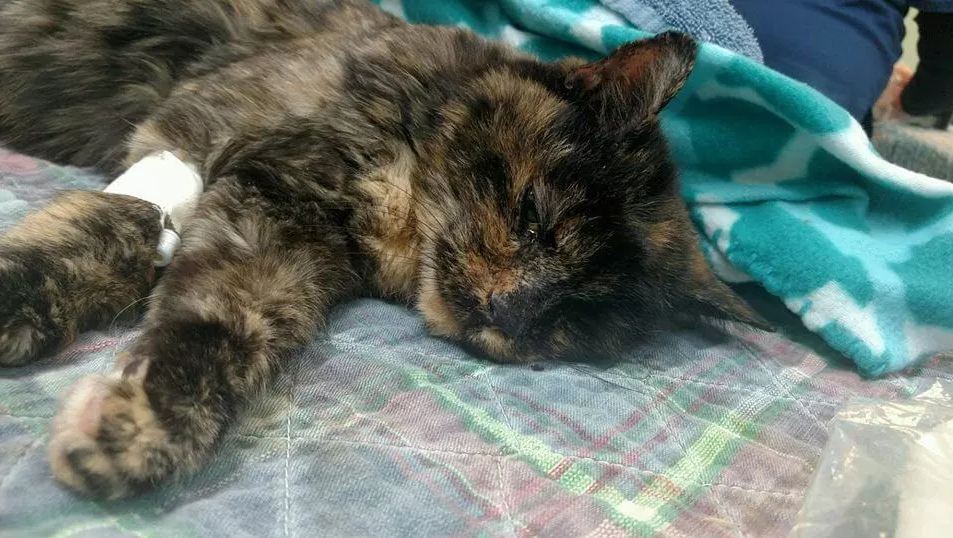 According to A New Beginning Animal Rescue, located in Layton, Utah, the tragic incident involving the kitten started with a phone call from one of the latest foster homes stating they thought the kitten had injured her leg.

“We were told that she jumped out off her boyfriend’s arms and since then she didn’t act right but she didn’t see it happen,” the organization posted on their social media page.

“We of course check out new fosters with paperwork, we interview them and do a home-check, but we have no control over who is going to come and go.” 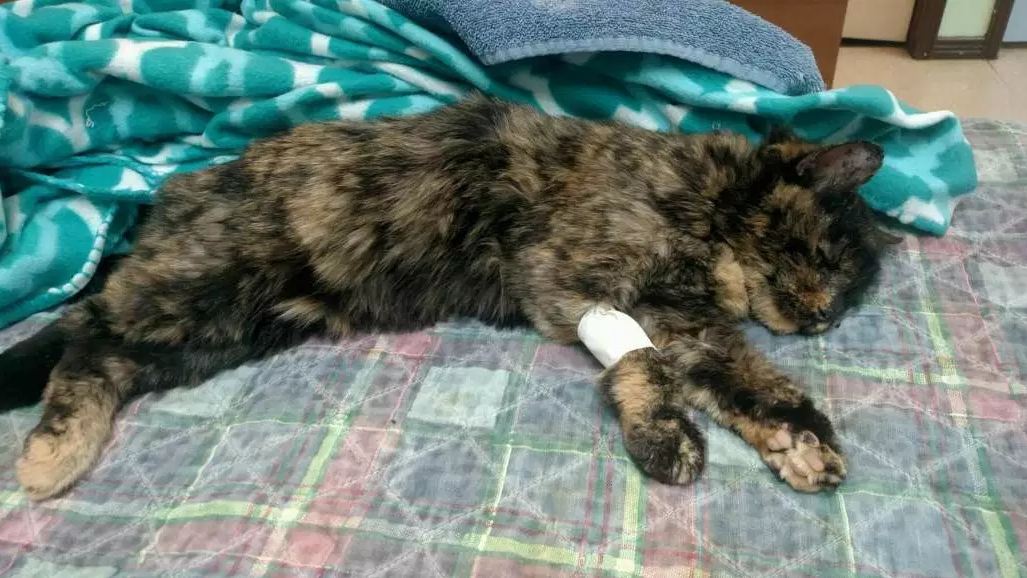 The kitten was immediately picked up and transported to Millcreek Animal Hospital. When Dr. Kristie Ellis called, the news was devastating:

“Our vet called and the first thing she said was ‘Please sit down.’ She then told me that Freya had not just one but THREE BROKEN LEGS with multiple fractures. She also said that is NO WAY this could have happened with the cat jumping from someone’s arms, but that the cat had to have been thrown against the floor or the wall.”

Freya will need multiple surgeries; the first one beginning on Sunday. She is being stabilized due to the trauma. The injuries occurred several days ago, but the foster did not call the rescue until Saturday leaving her suffering.

The case has been turned over to the state investigator.

The cost of this kitten’s surgeries are expected to exceed $2,500. Donations can be made by clicking here.