Starfish, a friendly Golden Retriever, was dumped at a rural shelter by her owners after she sustained an injury two weeks prior, leaving her back end paralyzed. She arrived covered in urine, feces and mud – desperate for help.

“She is in utter despair, dirty and her world has just crumbled.” The shelter immediately reached out to several rescues in the area pleading for one of them to rescue the sweet dog. Sadly, twelve rescues all said no. In the meantime, a volunteer met and spent some time with Starfish, and was determined to find a rescue to save her. 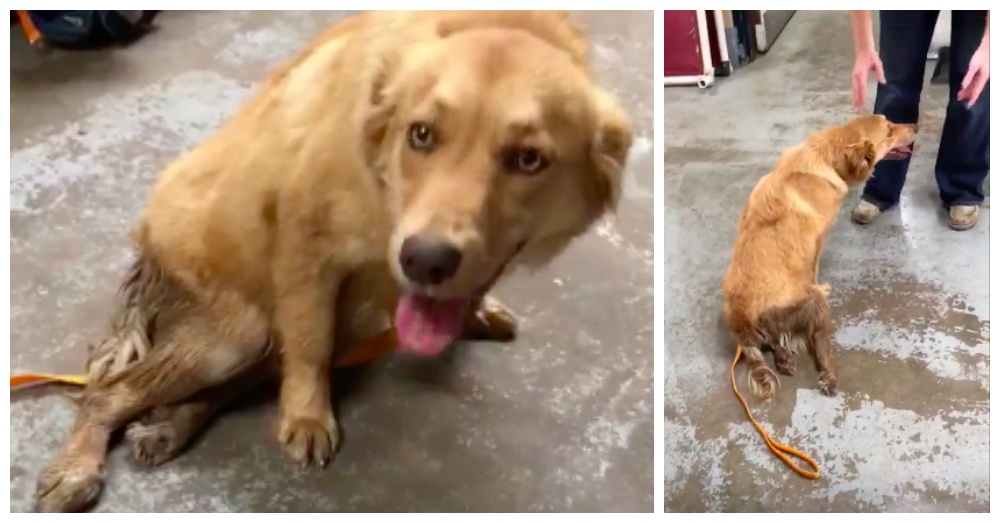 Second Chance Rescue was contacted by the shelter and at first said they could not help. They had just taken in another paralyzed dog. However, Starfish’s story struck a chord with the rescue and they circled back to check in on the injured dog. The rescue posted, “No, she was still there and the shelter usually puts down cases like this immediately, the only thing keeping Starfish alive is the volunteer who is pleading for her life.”

Without knowing how severe the paralysis was, the rescue went to Facebook and made a plea for people to help save Starfish. They asked for donations to cover the costs of care and for someone to come forward to foster or adopt the loving dog. “What I do know is that she is a good girl and deserves a chance for people that love and respect her to make mindful decisions for her. She deserves some dignity not to lay there filthy and emotionally dismantled.” 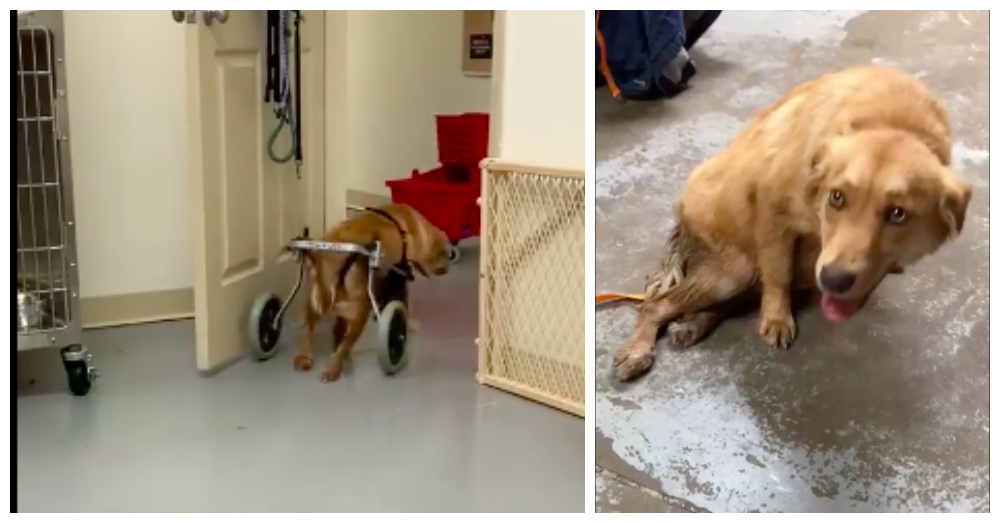 The odds were against her, but she had the will to live and fight. Second Chance Rescue saved the dog from the shelter and brought her to a vet to be evaluated. First, she received a soothing bath to remove all the feces and urine from her back end. Then she was examined and the rescue posted an update, “She is grateful to be alive and VERY WELL taken care of. She is beyond stable and is in the best possible hands. Dr. Terry has her on a couple of cocktail medications , ran her bloodwork, fecal, xrays etc….we are awaiting radiology at this time in consult. So far the finding is a vertebral body fracture at T-12, we are waiting to know more.”

While they waited for the results, Starfish was fitted for a custom cart to allow her to move around on her own. She tried out a set of wheels that the hospital had on hand, and adjusted immediately. She was so happy to be able to move freely.

“Starfish is lucky to be alive and have an army of angels that have surrounded her and pulled her from a risky fate. That is you, the shelter volunteer and her medical team. The planets have aligned and all is in order for now. Thank you for responding to her plea.” 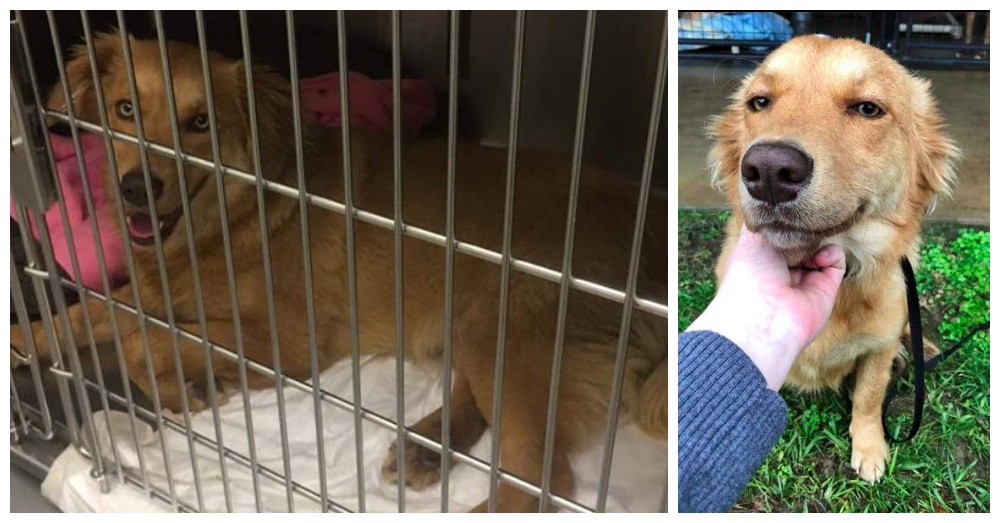 Starfish is looking for a loving forever home or at the very least someone to foster her. She loves everyone she meets. If you have room in your home and heart for this sweet girl, you can apply at nycsecondchancerescue.org.

“This is a valuable lesson to humanity, continue to share your heart and the world will deliver you an amazing love…..just believe.”