Animal Aid learned of a dog who’d been hit by a car and managed to crawl into a small factory before collapsing. When the rescuers arrived and approached the dog, he wagged his tail as if he knew they were there to help. Despite all of his pain, he was so happy to see people. 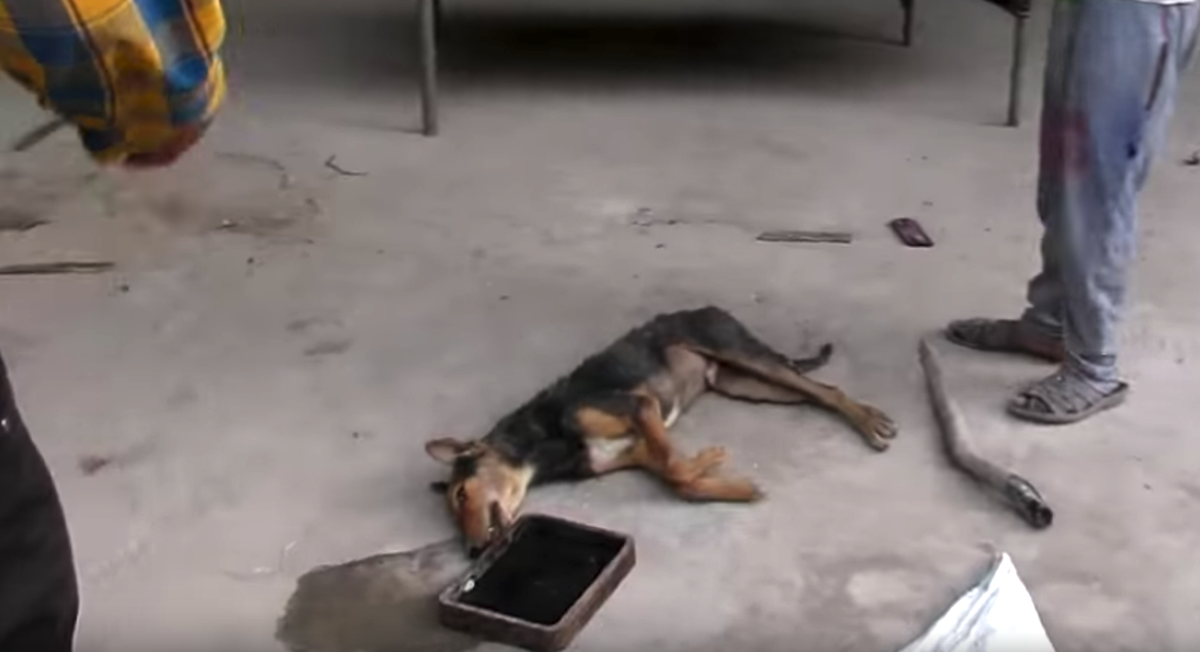 The sweet boy would need weeks of rest and therapy before they could know if he would ever walk on his own again. And after two weeks of bed rest, he had his first day of physical therapy. It was three more weeks of therapy when he started to walk on his own a bit, but he’d fall after just a few steps. 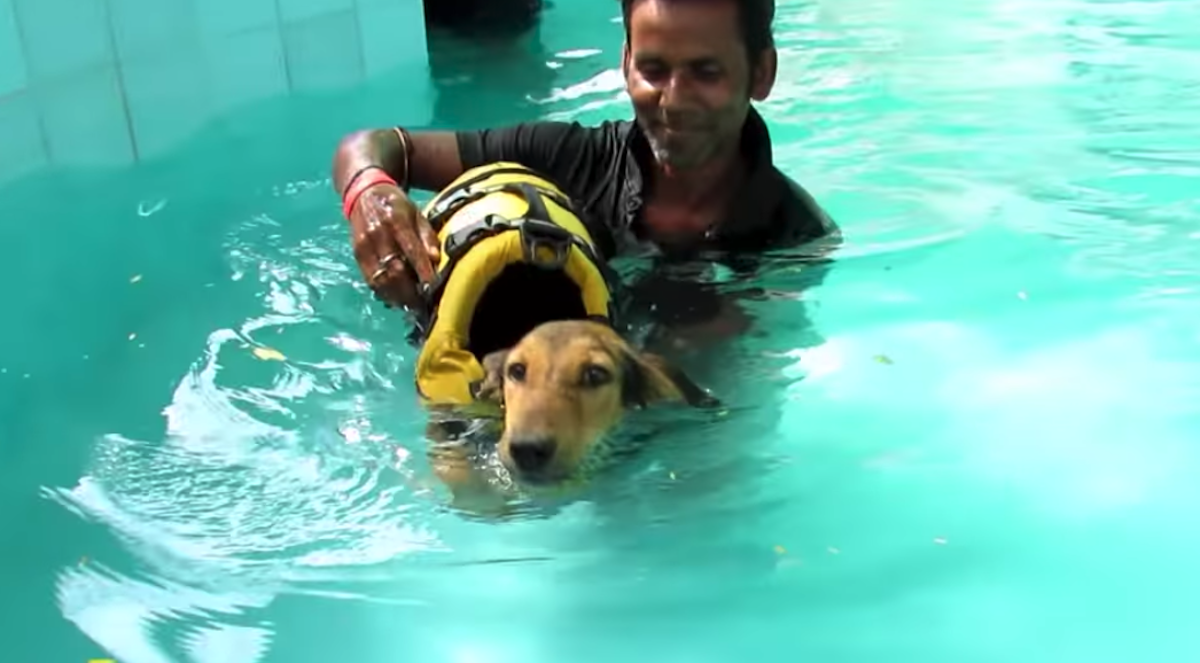 Sunny kept trying and trying and never gave up. Every time he fell, he picked himself back up and tried all over again. Just wait until you see him today! 🙂