Joe Sullivan lives in the middle of nowhere in northern Mississippi, so when a stray dog wandered up to his front porch, he was shocked.

The dog was badly injured and clearly looking for help. Sullivan carefully lifted her up off the porch and she laid her head down on his shoulder. She was visibly exhausted and seemed to have been through a lot. 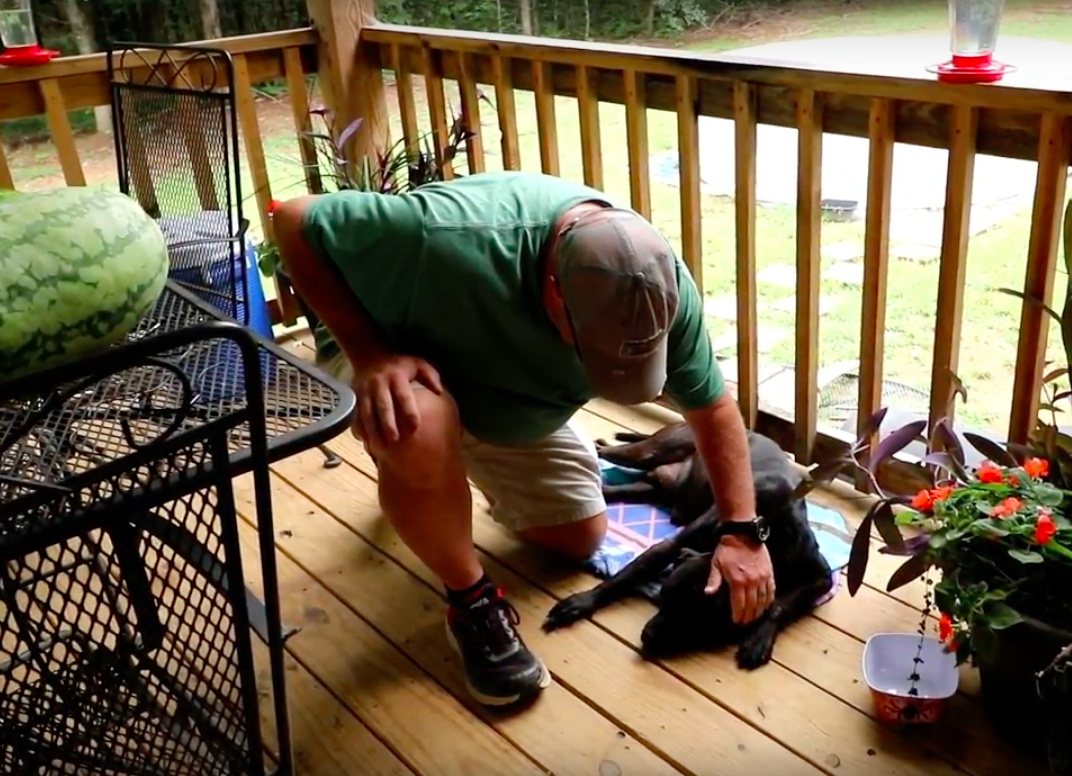 The pup had so many scratches and scars on her, but the details of her past were unknown. Sullivan wrapped her up, put her in the car and brought her to the Animal Clinic of Tippah County in Ripley, Mississippi. 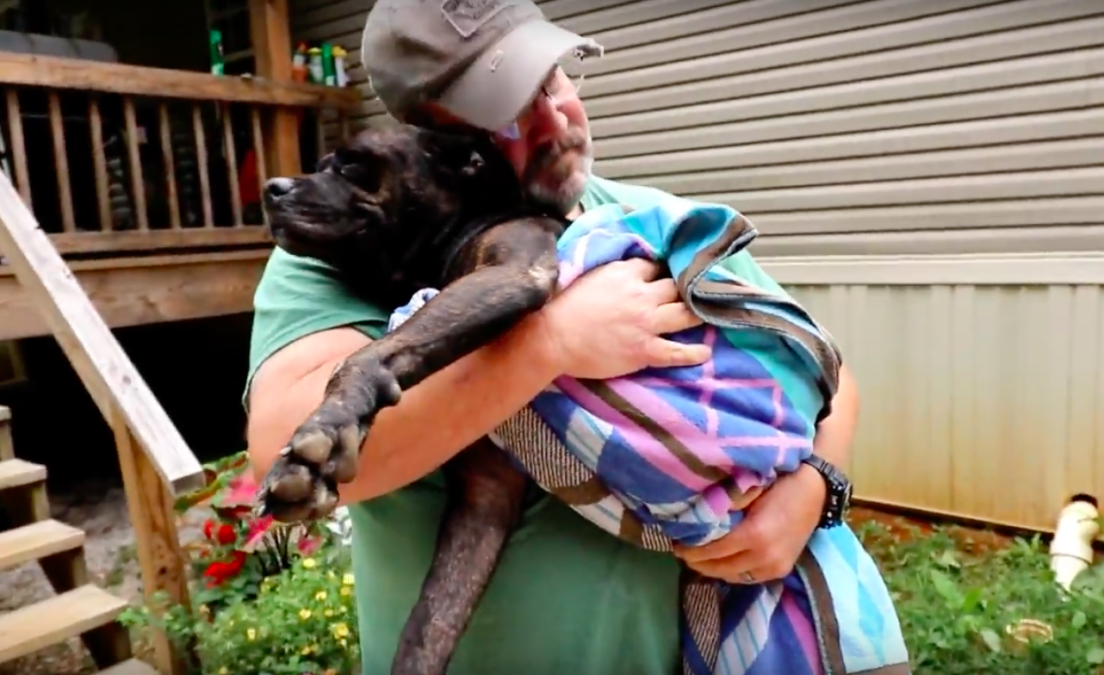 The vets dewormed her, hydrated her through IVs and treated her for her injuries. It seems as if she had gotten hit by a car at some point in her life. She had a fractured hip and nerve damage, but Sullivan and the vets took great care of her and got her back to good health as soon as possible. 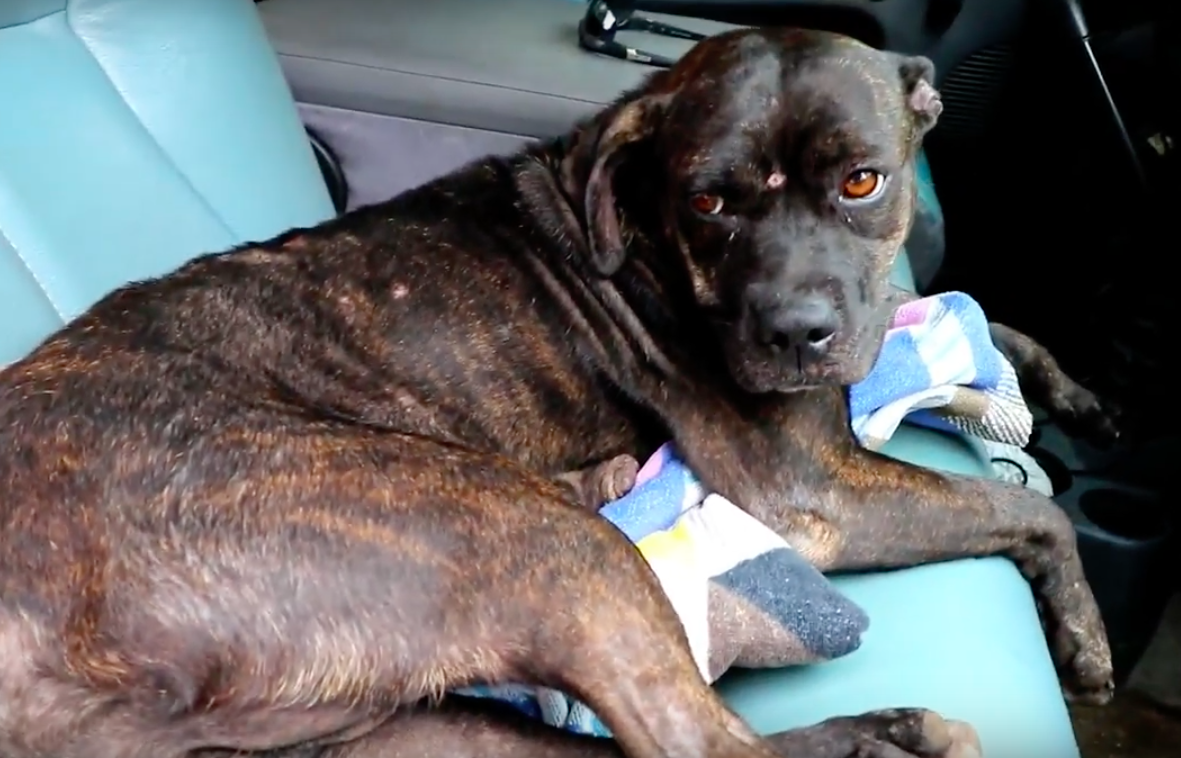 She didn’t have any milk and there was no evidence that she had had puppies recently, so they are pretty confident that she didn’t leave behind a litter of puppies out in the woods or wherever she had been living like Sullivan originally feared. 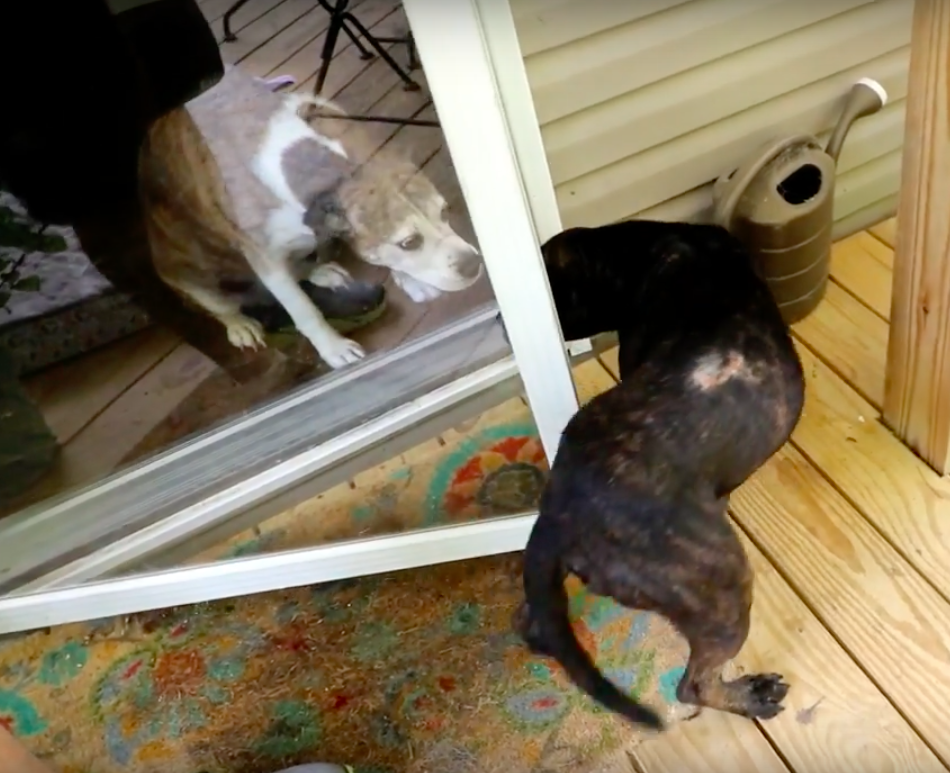 It’s unknown exactly what Betsy’s past was like, but looking at all of her scars, we know it was rough. She could have been a bait dog, or she could have just been abandoned, but regardless of the situation, we do know that she had to fend for herself outside for a long time. 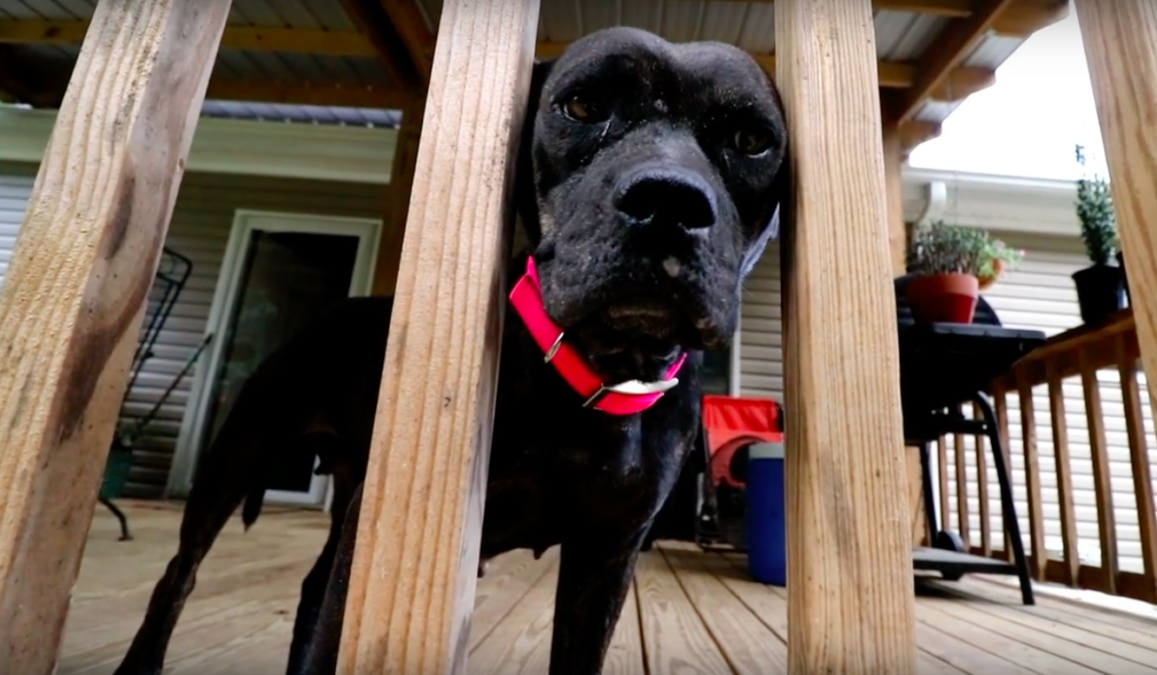 But thankfully she doesn’t have to worry about a life on the streets any longer. Sullivan named her Betsy and decided to adopt her! Not only does she have a new human family, but she also has new doggy siblings! Sullivan says that usually his dogs don’t let other dogs come up around their house, but they were very accepting of Betsy and enjoyed her company. 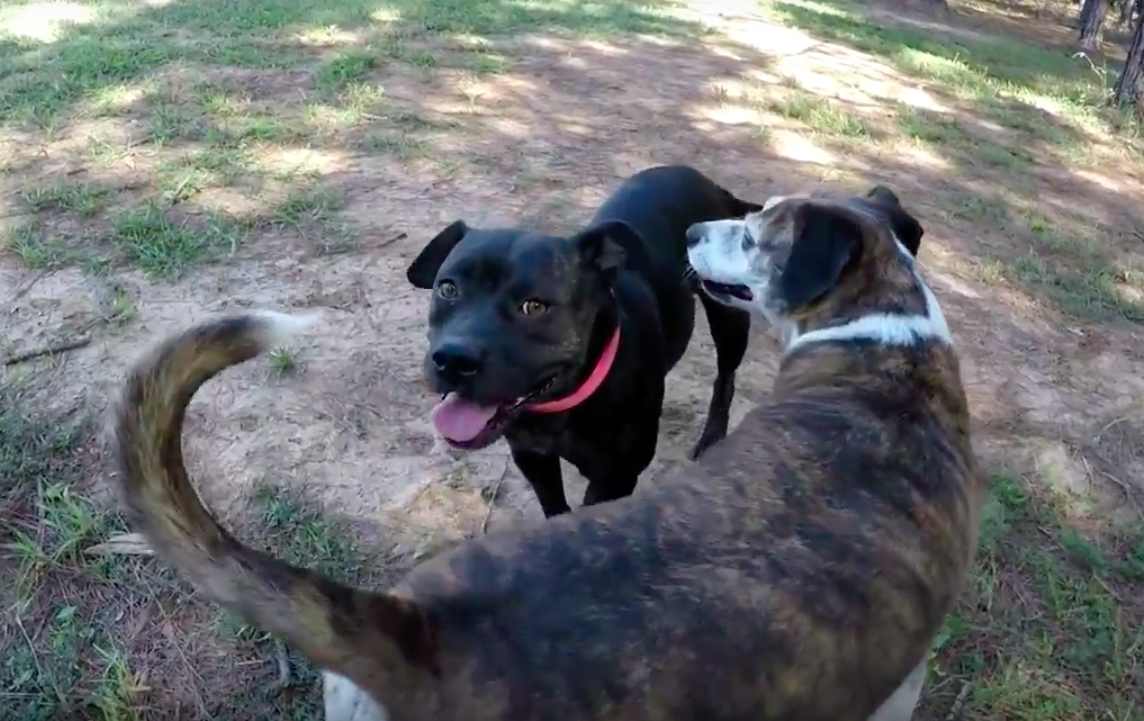 Today, Betsy is doing great in her new home and all of her injuries have healed. She enjoys running around outside with her new doggy siblings. Sullivan lives on a huge plot of land, so the dogs have plenty of acreage to run and play on. 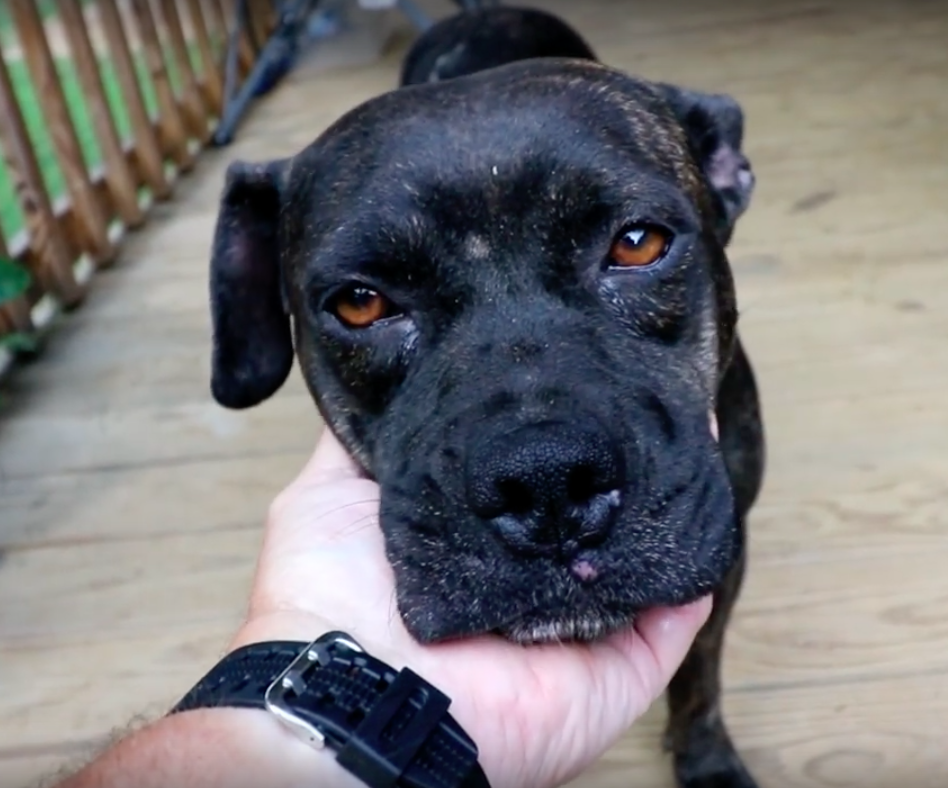 Sullivan believes that it was meant to be and that Betsy chose him the day she showed up on his porch. He hopes this story encourages more people to rescue dogs by adopting from their local shelters.