Azul once lived on the streets of Bogota, Colombia, but after he was injured by another dog, a military reservist saved and adopted him.  Then he fitted him with a little uniform and made him an honorary police officer so he could help patrol the streets. 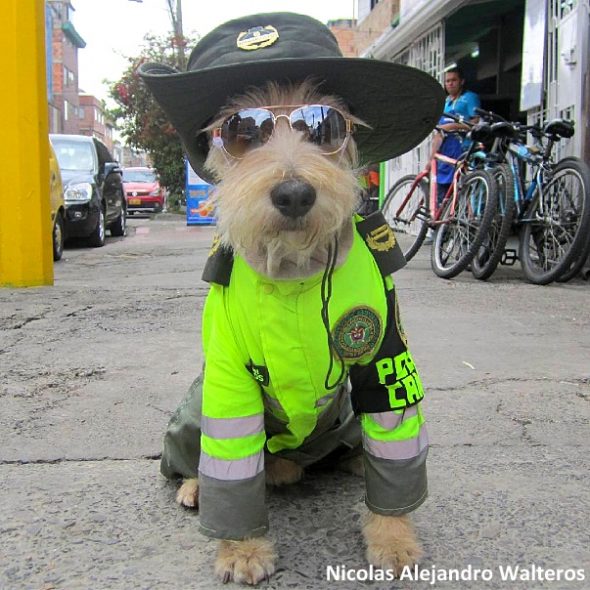 It was four years ago that Nicolas Alejandro Walteros found the schnauzer in need of medical help, so he scooped up the little dog and brought him home. 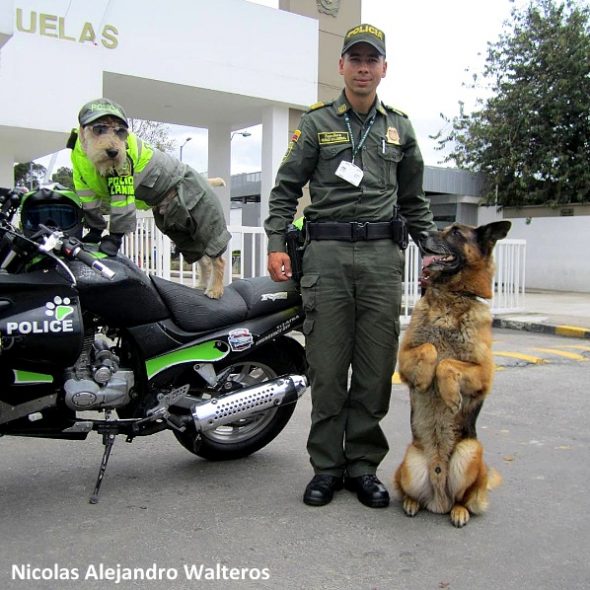 “I told him I would give him everything he needed,” he told The Dodo. “And he adopted me as his dad.” 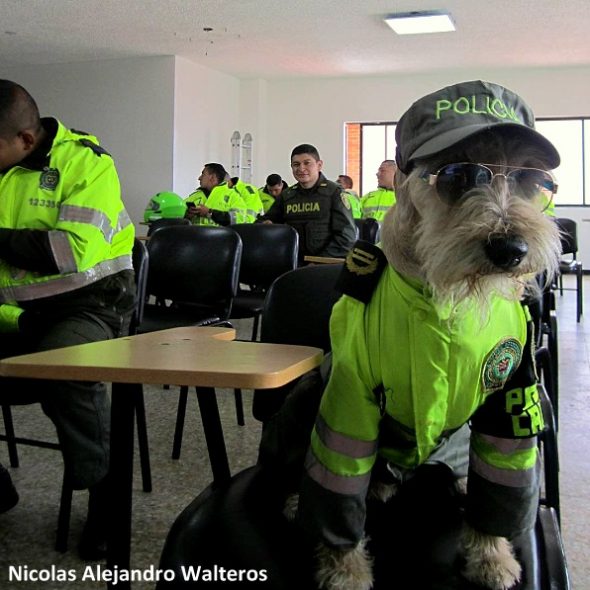 Walteros rides a motorcycle, and Azul took to it like a duck to water.  He’s also friends with a number of local police officers, so he decided to make a police uniform for Azul to wear in honor of them when they were out 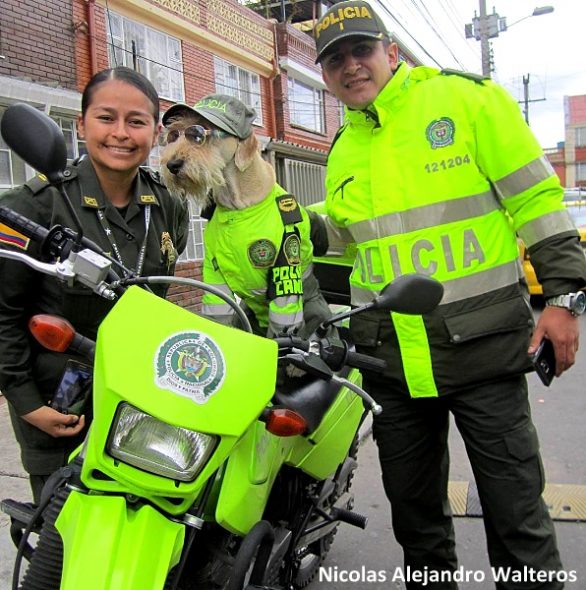 “It was something they did not expect,” Walteros said. “They were astonished by his dedication to the institution.” 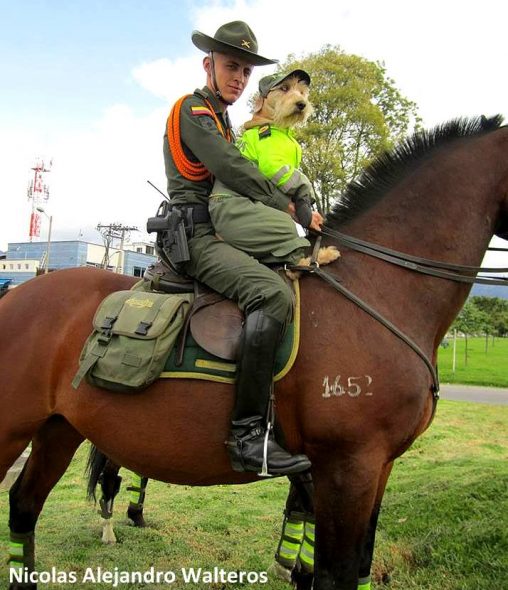 The police were happy to make Azul their mascot – he’s already got the ubiquitous cop stache!  While he obviously wouldn’t cut it taking down criminals like the beefier German shepherds, Azul is helping to strengthen community ties with the police.  He’s also showing people that street animals deserve to be loved. 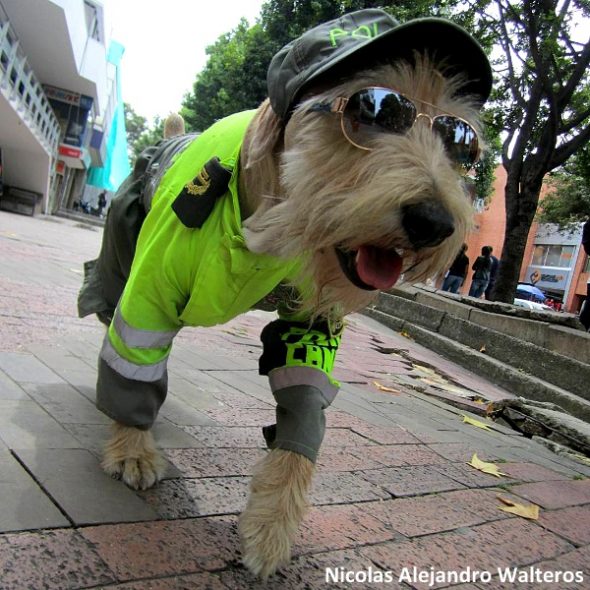