Bentley and Brady are brothers and they both were looking for a forever home, while at the shelter. The first one to get adopted was Bently. He got adopted by a girl who said she fell in love instantly when she first saw the puppy. Braddy had to stay at the shelter, and wait for someone to go ahead and pick him up. Four months passed and the most incredible thing happened to Brady, he got adopted. HE got adopted by the sister of the girl who adopted Bentley. This is what happens when two inseparable brothers reunite after a long time aparat. 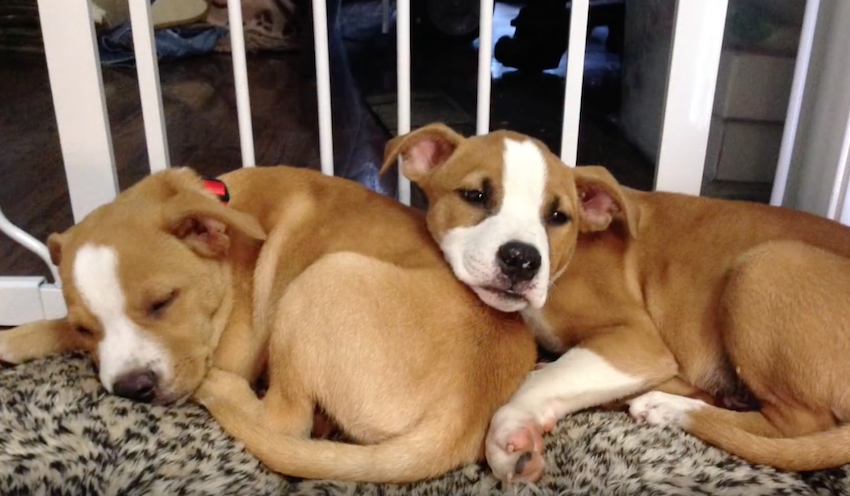 It was a real miracle that brought these two brothers together. Since they grew up together they will have the most beautiful life they could have ever imagined. In the video below you will see how they get confused at first because they don’t understand that they are brothers. The first one that understands is Bentley. He sniffs the other dog, and starts wagging the tail. It’s his brother Brady, and he could not be happier about it. On the other hand it takes Brady a little bit more to get to know Bentley, but they have a lot of time to catch up now.

They are two brothers, adopted by two sisters. Such a beautiful mix for these two blended families. Their lives changed forever when they found each-other. They share their beds now, they take walks together, they share the same toys, and they eat from the same food bowl. They became once again inseparable, and nothing could set them apart this time. It is time for them to enjoy their own life the way they love to. They are forever grateful to the sisters that brought them together, and they will forever be grateful for the life they get to live! The video below you will see that this is what happens when two inseparable brothers reunite after a long time!