Blaze, the black Labrador Retriever, has been with his dad, Santeri Frilander, since he was a puppy. He was born with a beautiful black coat just like any other black Lab. However, as Blaze got older, Frilander began noticing something unusual. His sweet dog slowly began to change colors over the course of a year!

It was an incredibly unusual situation, but in the end, it made Blaze even more lovable and adorable. Blaze doesn’t know he’s different than other dogs, but now he’s a social media star because of it. 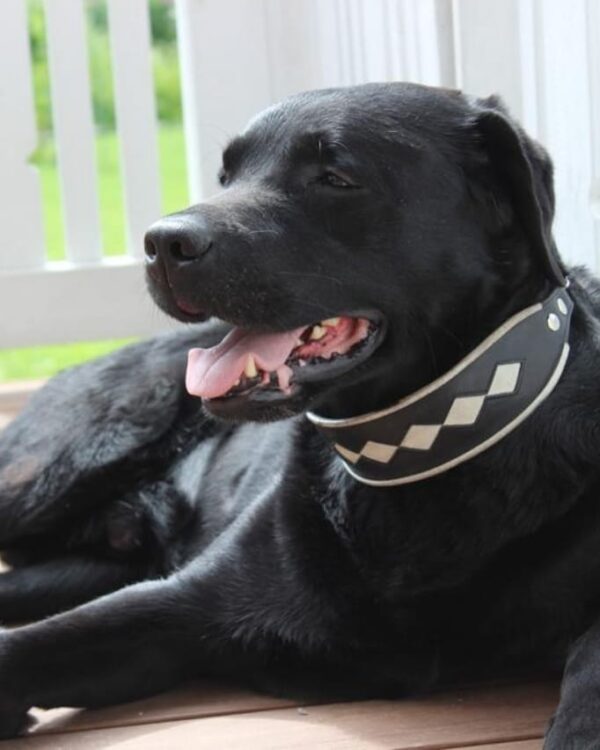 Blaze is currently ten years old, and he lives in Finland with his dad. When Blaze was about nine years old, Frilander started to notice changes in the dog’s appearance. He had a solid black coat up until that point. But then, his dad spotted a small white patch on Blaze’s ear. At first, he just assumed it was a result of aging.

It’s common for dogs to get gray hairs as they age, but this was truly out of the ordinary. As Blaze got older, more white spots appeared. They kept growing throughout his body until he no longer looked like a black Lab. If anything, his color was more like “cookies and cream.” 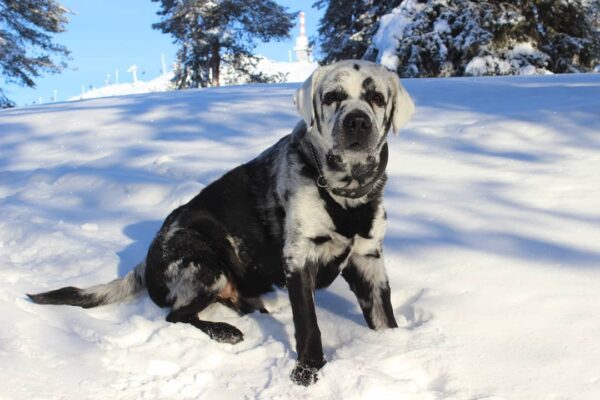 Now, the top half of Blaze’s body is more white than black. Frilander said that he suspects Blaze’s colors will continue to change the older he gets. At first, Frilander was unsure of the cause of Blaze’s color changes. He found out that all the other dogs in the litter still had full black coats. So, Blaze was truly special.

In fact, Blaze was so special that he soon became an internet star. Frilander posted some adorable photos of Blaze in the Facebook group called Dogspotting Society. In no time, thousands of people were commenting about how beautiful Blaze is. 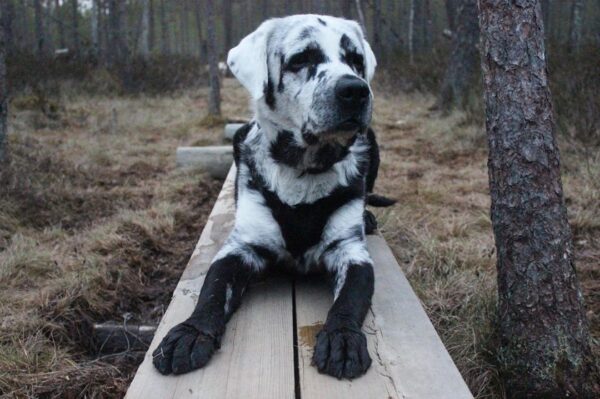 Why Did Blaze Change Colors?

Blaze has a condition called vitiligo, which causes a loss of pigmentation in the skin. It’s more common for humans, but dogs can get it as well. It really only affects appearance, so Blaze is completely healthy otherwise.

“Blaze is a healthy and very energetic guy. He’s always ready to join you wherever you go. He even loves to travel inside a car,” said Frilander. “Blaze loves to walk in the woods and swim in the lake.” 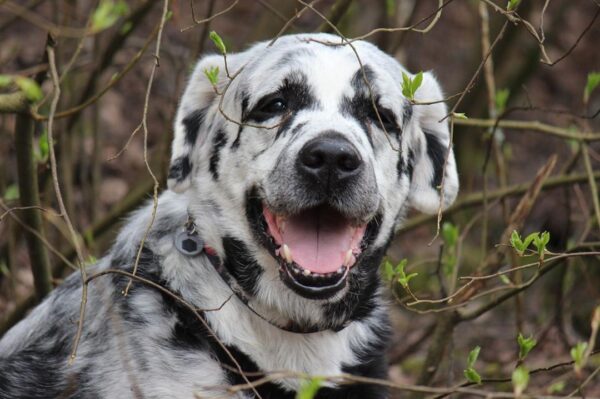 In fact, Blaze is extremely healthy for a Lab his age. He loves exploring and going on walks in new places. His dad strongly embraces the dog’s adventurous spirit. People often jokingly call Blaze silly nicknames like ‘the old man,’ but he actually feels more alive than ever. Vitiligo doesn’t hold him back in any way.

The only thing in Blaze’s life that the condition has affected is his popularity. Suddenly, he has so many adoring fans because of his unique appearance. So, if anything, he’s happier now because of all the love and support he has been getting. To see more adorable photos of Blaze, you can follow him on Instagram. 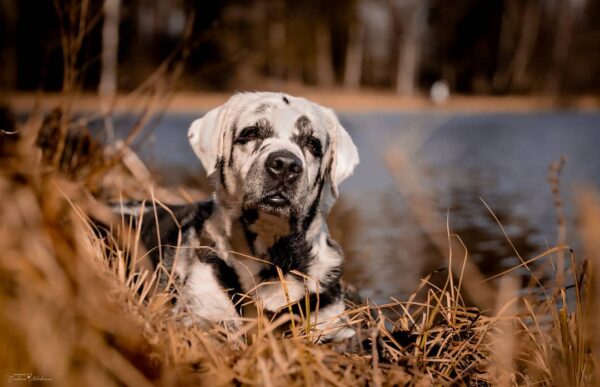